Well the festivities of Christmas are behind us now with a New Year only a couple of days away. Despite the busy holidays, the weather has not provided any real opportunities to wet a line in my part of the country.

However, that all changed yesterday as a brief weather window made an appearance over the southern part of the UK. The fishing locally in the Solent is so poor I don't think twice these days of driving 2-3 hours to find some productive ground. The weather appeared to be better on the east coast and after a couple of phone calls a trip to fish the Essex cod grounds was quickly put together.

The alarm went off at 4am and by 4:30am I was scraping the ice off the car, don’t you love a bit of winter fishing!. A fresh flask of coffee was thrown into the car and I was on the road by 5am with a three hour journey ahead of me.

Fresh bait was collected on arrival from Deans Tackle, the local tackle shop. The lug looked great and with a couple of packets of frozen squid the transaction was completed.

There was five of us in total and we were soon rigging up in preparation for launching. It’s always interesting to look at other peoples setups with a view to potentially improving your own… or just because, like me, you’re plain nosey. 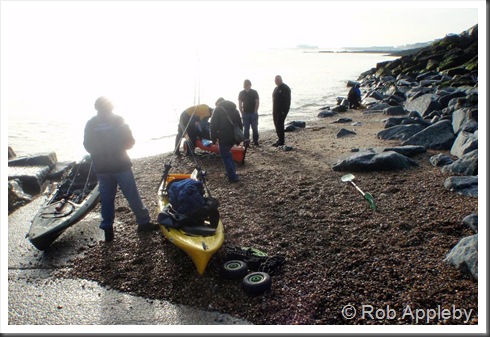 Conditions were absolutely perfect with the water close to glass calm. I was late heading out due to a couple of reasons, firstly I’d not bothered to fully rig my rods the previous evening, plus I’d left the other half of my rod leashes on my other pair of rods. Deep joy, there was no way I was heading without with my rods leashed to the yak so I quick ‘bodge’ job was required. With all that sorted I finally paddled out into the ebbing tide. 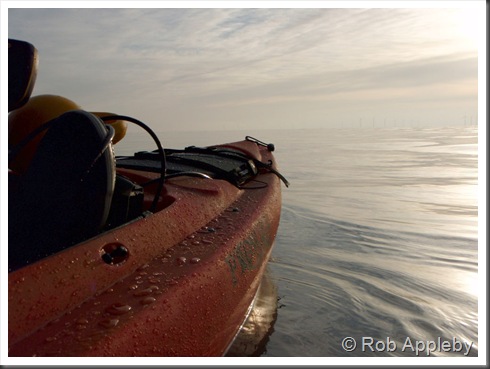 The paddle to the mark was about 1.5 miles, though with a hint of warmth from the winter sun and barely a breath of wind, it was very enjoyable. Once anchored at my chosen mark it was a case of baits down and waiting for some action. Baits were 6/0 pennel rigs baited with double squid and tipped off with fresh lugworm. The tide was ebbing quite hard at this point, despite being in only ten metres of water a 6oz weight was needed to hold bottom.

You can clearly see the wind farm in the distance, I was last here a year ago and despite clear signs of construction activities there wasn’t a wind turbine to be seen… look at it now!. Personally I have no problems with viewing wind farms in everyday scenery, it’s clean energy and a must in this day and age.

The first twenty to thirty minutes lacked a single bite, though there was eventually a tapping on a rod tip which produced the first codling of the day. Ok, it wasn’t a keeper but it was a start. 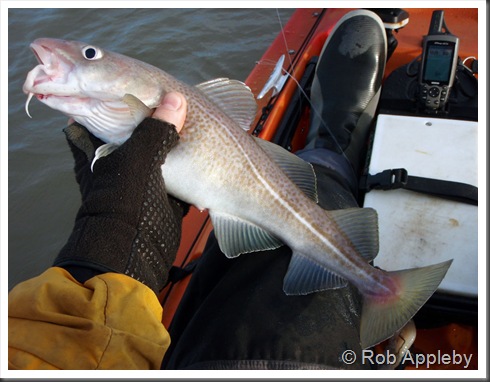 As the tide continued to ebb at around 2 knots the cod bites kept coming, they were generally small fish at around 1.5lbs which were returned, though there was the odd better fish towards 4lb. The latter size being a nice table size. 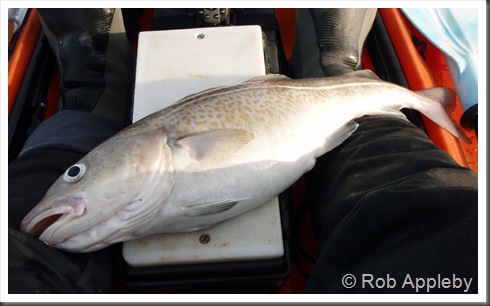 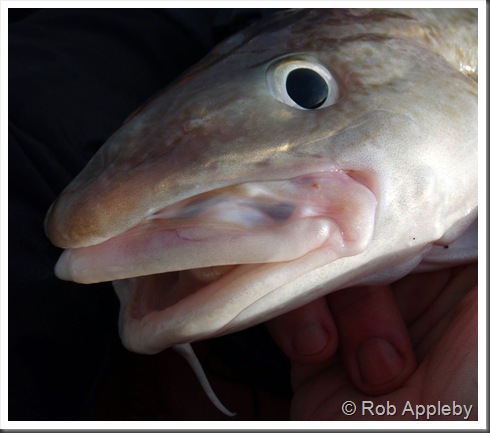 Despite the large number of small codling, I soon had four keepers which were kept by the yak in my fish bag. I became a little wary of this as the tide slackened due to the fact a seal appeared about twenty metres ahead of me. Needless to say the fish bag was tossed into the tankwell ! 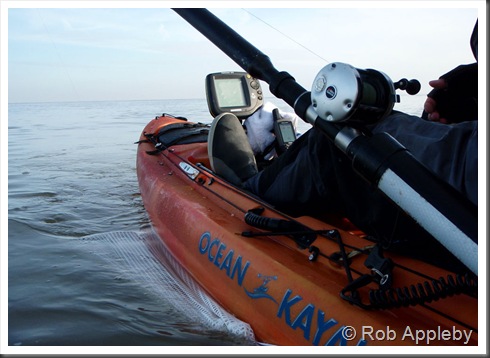 As low water approached and the tide slackened the smaller species came onto the feed. These comprised mainly of whiting though there was the odd pouting for good measure. It was proving just about impossible to get through the whiting to locate some cod which was a tad frustrating. 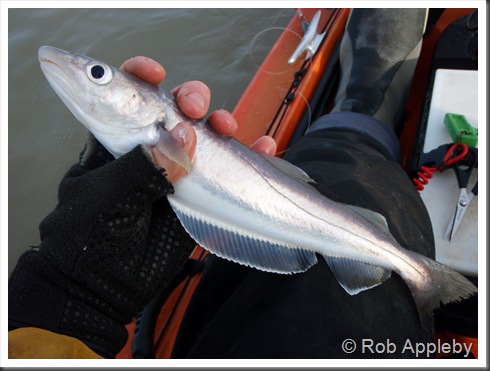 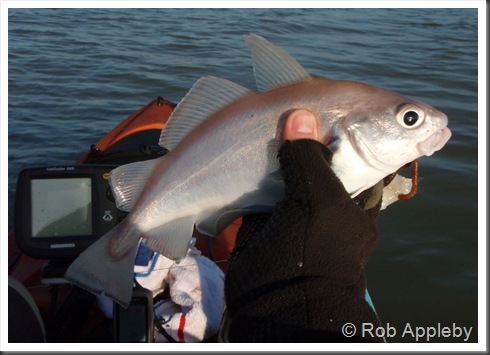 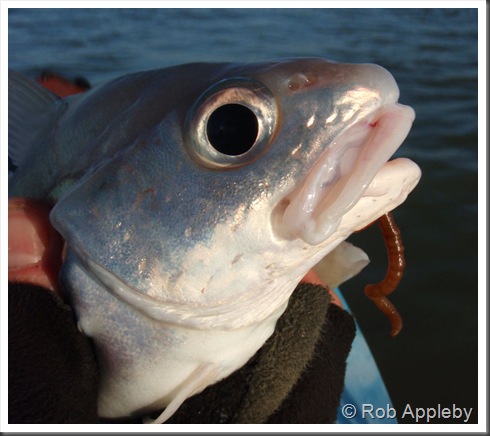 There were a couple of times during the session when a flotilla of ocean going jet skis made a close run past as they headed up the coastline, at times their lack of consideration was a little too obvious. There’s a whole ocean out there, do they have to pass within twenty metres ? 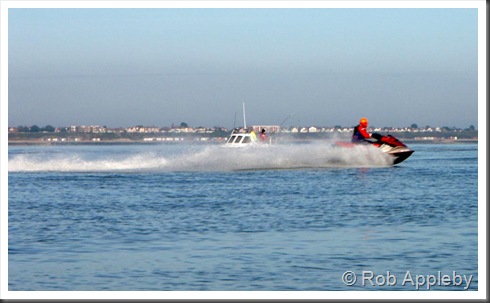 The fishing wasn’t nearly as prolific as previous trips to this venue, this was no doubt down to the abundance of sprats, a small oily baitfish on which the cod gorge themselves. The presence of sprats tends to kill the fishing, though they’re only inshore for a few weeks so the fishing should soon bounce back. This little fellow below was regurgitated by a whiting, clearly his life was all too short ! 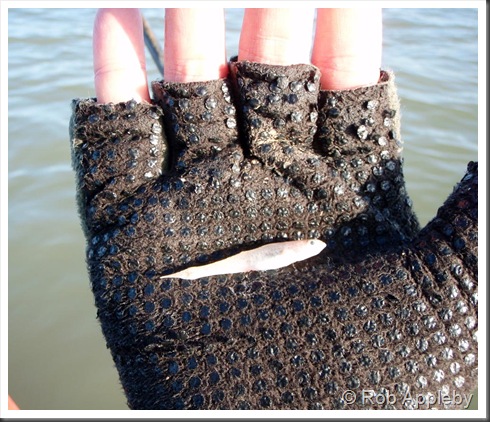 The session was relatively short, maybe around four hours. I would have had to wait 3-4 hours for the tide to start moving once more and on a cold winters day that just wasn’t an option. The freezer is re-stocked, the wife is happy for a month at least and the overall result was an enjoyable trip catching up with some good friends. Roll on the next session.

Below is a short video of yesterdays session.

Kayak fishing in Essex
Email ThisBlogThis!Share to TwitterShare to FacebookShare to Pinterest

I`ve just found your site through Veals. I`d just like to say thanks. What a great site!
My fishing has always been from the shore but this has really got me thinking.Keep up the good work!