I’m looking to upgrade my existing Humminbird 565 fish finder. I’ve always quite fancied a combo unit though the prices are generally quite prohibitive!. However, I’m heading off to the States later this year and intend to take advantage of the cheaper prices. I’m not bothered about side imaging, a little too much for me. However, I’m quite impressed with what I’ve seen of down imaging (DI) sonar. The down Imaging views are focused directly beneath the kayak, giving a detailed look at structure and the water column.

Some Humminbird units allow you to select between DI and traditional 2D sonar, a feature which I like. I’ve currently narrowed my choice down to either a 788ci HD DI or a 597cxi HD DI. There’s about a $70 price difference and I’m still researching to see what the real advantages of DI are whilst getting as much feedback as possible. To that end if you have any experience of DI, especially with Humminbird, please feel free to comment. 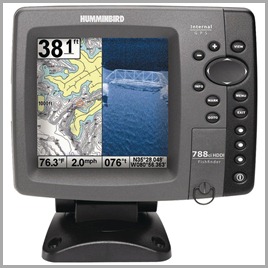 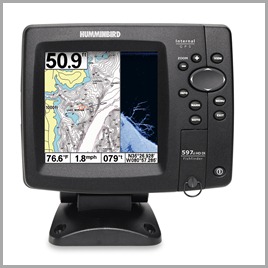 3 comments:
Email ThisBlogThis!Share to TwitterShare to FacebookShare to Pinterest

For a long time I’ve considered fitting an electrical bilge pump within the kayak. I’d asked myself whether I should fit a manually operated pump or a fully automatic pump. Though the main question was whether or not it was worth the effort. In reality, how often is a SOT kayak going to flood?. I’ve already proved to myself that when capsized water ingress is minimal, even with the large centre hatch removed. However, the reality is the unexpected can occur when you least expect it.

I had issues with an electrical bilge pump. How reliable would it be, would it work when required, perhaps 2-3 years or more after installation. I’ve read a few reports of people experiencing a cracked scupper hole, or puncturing the hull, the kayak gradually flooding whilst afloat. Bearing in mind that I generally fish alone, if my kayak was to flood I’d not have help to hand.

I’ve taken delivery of an NRS kayak bilge pump from the Canoe & Kayak Store. Initial impressions are excellent, though due to poor weather I’ve had no opportunity to put it through its paces. That said, I’ve briefly trialled it in the bath and it pumps water at a highly impressive rate!. I’ll be reviewing both the NRS bilge pump and Sea Kayak Paddle Float within the next couple of weeks, watch this space!

I recently purchased a paddle float from NRS. I’ve given paddle floats some thoughts over the past few months and I think that they’re definitely a useful piece of kit to take afloat. In good conditions re-entering the kayak un-aided shouldn’t be an issue. However, if trying to re-enter in poor weather, or struggling to re-enter due to a damaged drysuit (which I’ve experienced) it could well prove immensely useful.

Initial impressions are good, the quality of this float is excellent and I’ll be giving it some real time trials in the next couple of weeks, watch this space!.