Check out the new Track System from YakAttack, it looks to be very versatile indeed. It’ll make for quick and simple rigging whilst allowing the kayak to be easily stripped for transport and storage. I’ll hopefully be reviewing them later this year, watch this space ! 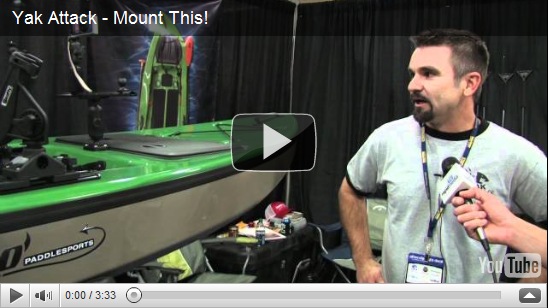 Track System from YakAttack
No comments:
Email ThisBlogThis!Share to TwitterShare to FacebookShare to Pinterest

Well it’s not by choice that’s for sure, it’ll be late November at best before I launch the kayak again. On a positive note, it’ll be nicely into the Cod season when I return to the UK and that really is something to look forward too !

Sadly there’s no kayak fishing, or any fishing for that matter, where I’m going. Thankfully I will have internet so keeping up with what’s happening shouldn’t be a real problem. Judging by the photo below I’m not the only fisherman who will be having some downtime, clearly some folks just can’t let it go altogether… fishing, it’s all in the mind. 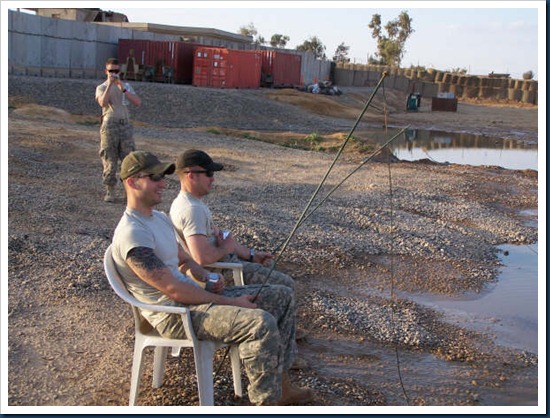 2 comments:
Email ThisBlogThis!Share to TwitterShare to FacebookShare to Pinterest

Stocking up on some bait

I managed a short session on the water today, a bit of a lastminute.com to be honest. Met up with a mate I’ve not seen in a while which was good and we drifted around for about three hours picking up some mackerel. I was fishing fairly deeper water, perhaps up to to 20m, fishing mid-water to the bottom. 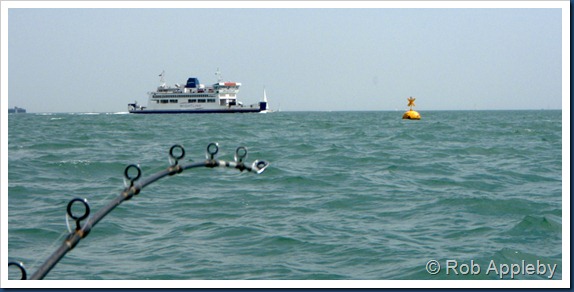 In the first hour I caught one mackerel and managed to drop that over the side. Andy was doing better with several fish, all caught just under the kayak!. A quick change of depth saw me taking a few fish here and there.

I had a visitor on the kayak, a good sized grasshopper!. He stayed aboard, moving towards the front hatch where he remained until I came ashore later. 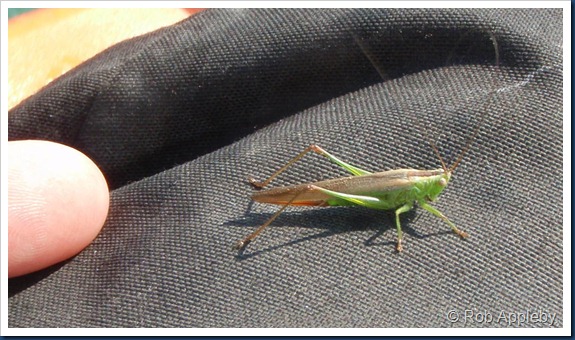 The wind picked up after an hour and it was white caps right down the Solent, though as we were drifting it was easy going. The fish were very hit and miss though they were steadily adding up. 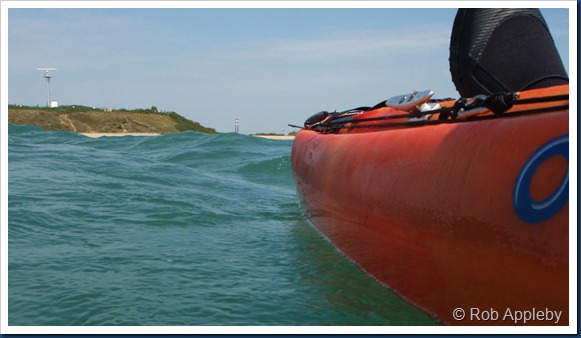 I think we spent about three hours drifting around on the last of the flood and the beginning of the ebb. We managed about 30 mackerel between us with plenty lost. Ok, they’re not huge numbers, though it all adds up and it’s less bait to purchase during the winter months. 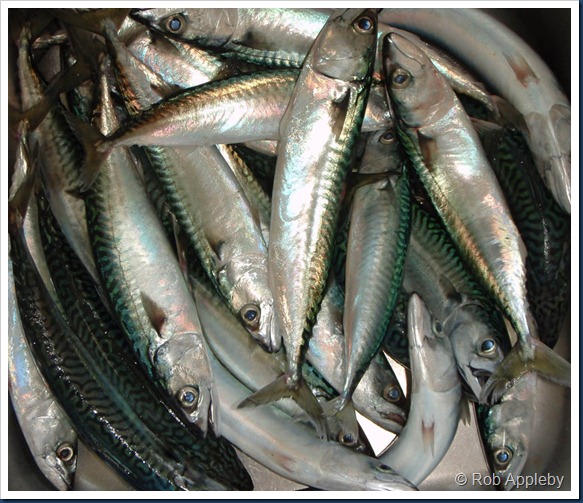