Maybe I'm just a gadgets freak but I knew early on that I wanted a fishfinder on the yak. Not for spotting fish, though it's always a confidence boost, but for surveying the type of ground that your fishing or paddling over.

Consideration was given to transporting the yak upside down on my vehicle which restricted how I was going to mount any fishfinder. A fixed base would soon get damaged during loading/unloading operation, however careful, it was just a matter of time. One thing was for certain, it was going to be mounted past my feet and that dictated that I was going to need a larger screen so viewing was easy and clear.


Colour, B&W?.. GPS?, what to go for. Well the colour combo units are so damned expensive, I didn't like the idea of putting all my eggs in one basket with a combo unit, should one part fail I've effectively got to replace the whole unit. Colour?, I saw it as a luxury not really required hence it was going to be a B&W unit. There are a good few to choose from though after much research I decided on the Humminbird 565. 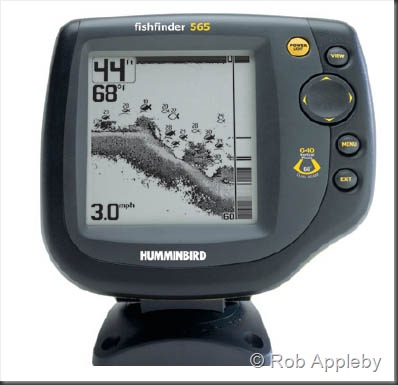 I liked the large screen, dual beam performance and the simple large button layout. It comes with a standard transom mount transducer though the yak was equipped with a Humminbird compatible through hole scupper fitting. However, the latter was going to cost an extra £60 and I didn't see any reason for it. The transducer was duly bonded to a roughened area on the forward base area inside the yak using Marine Goop, and there is has remained after a year of use. 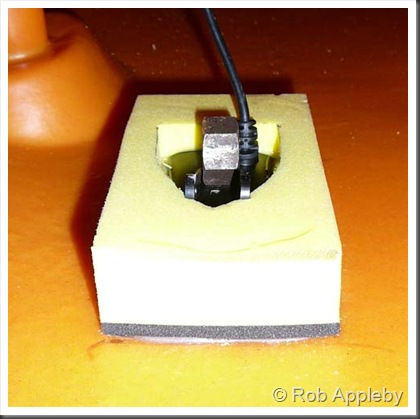 Transducer in place (ignore the nut!)

The screen can be used in various modes, split screen, large digits, zoom mode, sonar mode, etc.. though I tend to keep it nice and simple as shown below. 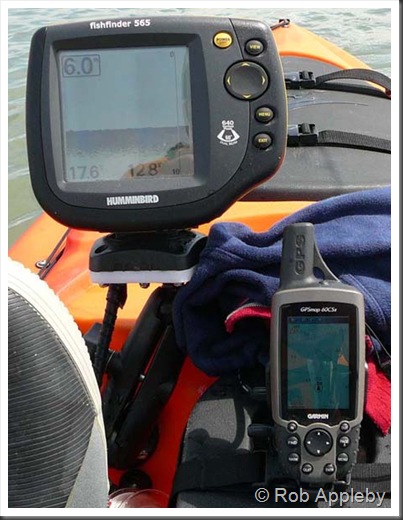 As well as depth, I have water temperature and battery voltage displayed at the bottom of the display. Being an EU specification model the unit can be switched between metric and imperial. The unit, as well as being detachable, is fitted to a modified RAM mount allowing the mount to fold down into the footwell during transportation/storage to prevent any possible damage. 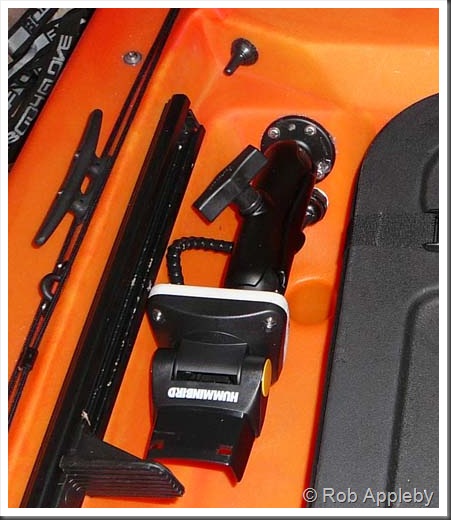 The picture is clear, the backlight very effective. Occasionally some light misting of the screen can occur, though this clears fairly quickly. At a later date I purchased a separate GPS unit (see review) which has fulfilled my requirement. A good unit at a reasonable price.