I’ve spent many months reading old books and fishing guides and I’ve slowly been adding new marks to my GPS. I’ve literally dozens of new marks that I want to try out over the next couple of seasons and there seemed no time like the present. This mark didn’t look very fishable due to the rocky beach. Apparently there’d been a slipway here in the 1950’s though it’d long gone.

I walked the beach and decided that it was probably manageable. I loaded the kayak onto the BB trolley and I hoped that its over-sized wheels and great stability would allow me to work my way down to the waterline. It was rather difficult going and a few large rocks had to be moved to allow progress to continue, though after about 20 minutes I was at the waters edge. 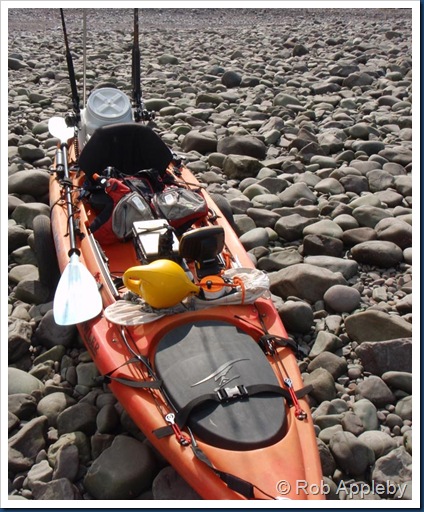 The weather was stunning with the temperature in the low 20’s. The wind was but a breeze and the paddle out was a pleasure. I pushed out about ¾ of a mile into 17m of water. It was just before mid-tide so I expected the high water depth to be about 22m. The tide was ripping through and once the anchor touched bottom I let out another 80m of line, my spool was all but empty.

I was hoping for some smoothounds, rays, bullhuss, conger and tope, so the rigs were quite heavy with baits being varied between whole mackerel, lashes of mackerel, double squid or mackerel squid cocktails. Back to the tide, it was fierce, the float was pulled straight under and I needed 2lb of lead to hold bottom, even then I had to let out another 50m+ of line once the lead had touched bottom, otherwise it was lifting clear.

I didn’t have to wait too long before the rod tip pulled over hard and I was straight into the first of three nice sized Smoothounds. Despite the heavy tackle they were extremely spirited and caused a bit of a stir once on the kayak. I’ve caught some of the action on video, I’ll piece it together later in the week. 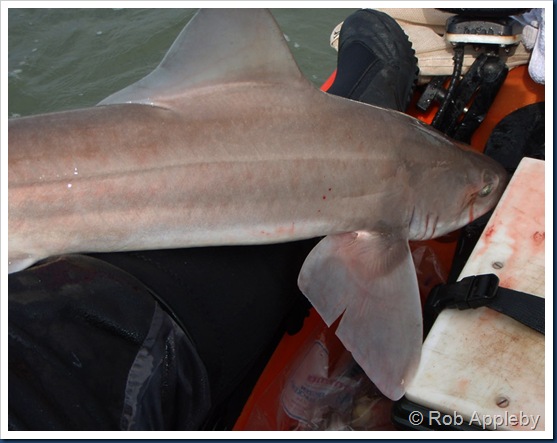 Rather annoyingly, the dogfish were showing in plague numbers and the two hook pennel rigs often resulted in two dogfish coming up at a time. These fish are the pigs of the sea, the try and eat whatever you put on your hook, regardless of the size. They have no hope of eating some of these baits yet they come to the surface literally impaled on these over-size baits, often not even hooked ! 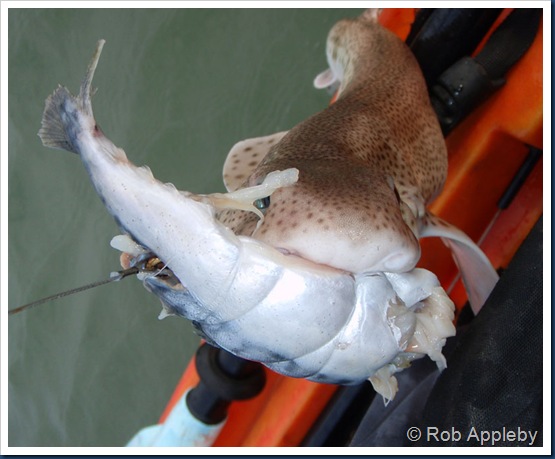 There were some very small Tope that were also trying to gorge themselves on the large baits, not the big fish I was looking for, though quite pretty to look at all the same. 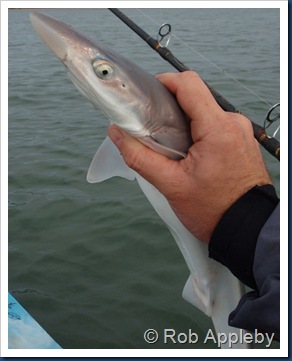 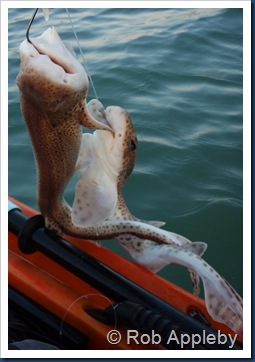 As the tide eased off the fishing followed. A handful of small Bullhuss also made a show, though I’ve seen reports of much bigger specimens from this area. The rod banged over hard towards the end of the flood tide and I was into what felt like a nice fish. I thought it was perhaps a small conger due to the amount of head shaking, so I was rather surprised when a nice Bass rolled onto the surface. I didn’t want to take the risk of weighing it afloat as I’ve lost bass in similar circumstances before!. It weighed in a shade under 7lb once gutted, perhaps 8lb overall. 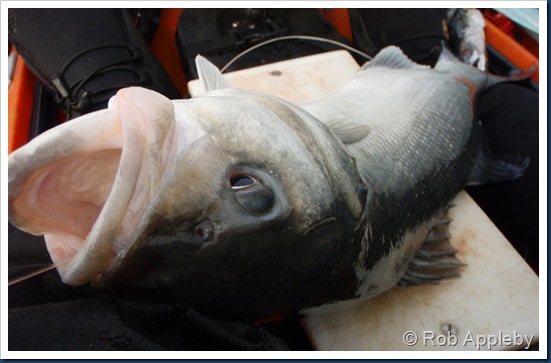 That marked the end of a very enjoyable session. I pulled anchor and drifted for a while enjoying the stunning sunset, it made the whole day worthwhile, the good fishing was just a bonus. 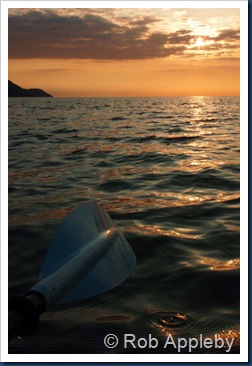 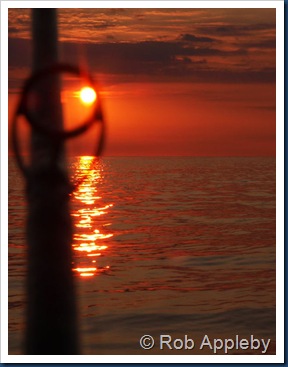 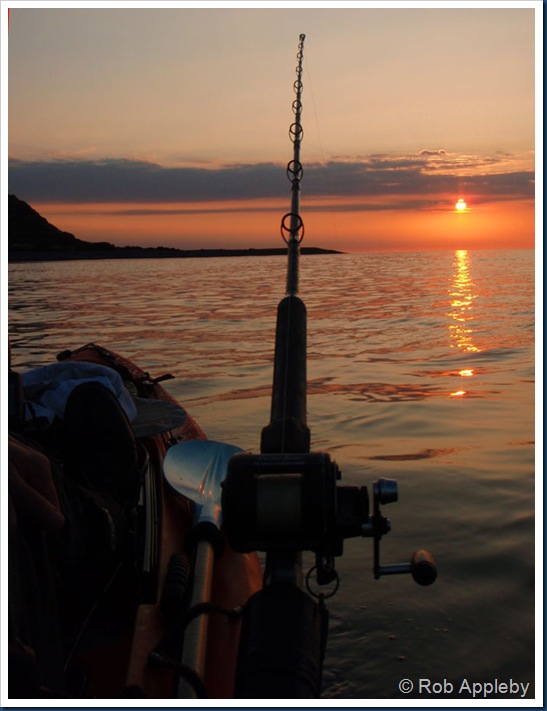 Looks like a blast. I need to get out on the water!

Top job Rob. Much better than my poor efforts here in Southend on Sea :-(