It’s been over a year since I designed and built my live well/dry box combo for the rear tank well of my kayak. To be honest I’ve only used it one so far as a live well, though that was expected.

When I originally purchased the container from R&L Pet Products in the UK I’d ordered a spare container in case of any disasters during the modification process. There were none, hence I’ve had a spare container kicking around the garage gathering dust. The original build box has performed superbly as a dry box so I decided to make a basic dry box for everyday duties. The concept was the same as the original, though any items pertaining to the live well were omitted. Build time was around two hours and the total cost around £30.

The photograph below shows the original live well combo on the left and the basic dry box on the right. 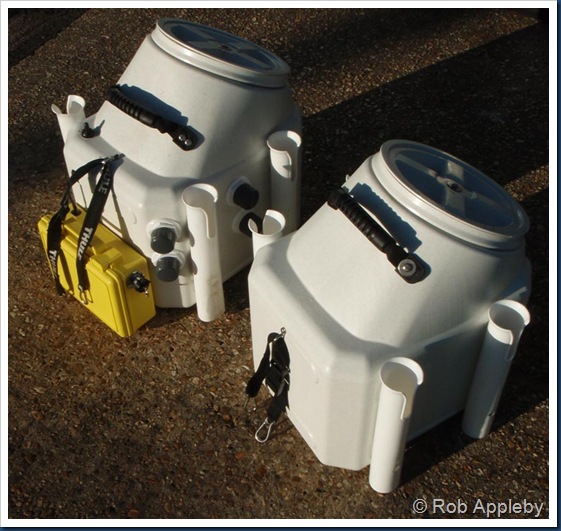 Obviously it’s a bit lighter than the original plus it’s quite ‘cleaner’ to look at, all in all it’s just the job. It allows the live well to remain on the shelf until required and as a result there’s no requirement to unpack the combo box in order to change its role from a dry box to a live well.

Below is a photo of the live well combo all plumbed in and ready to go. 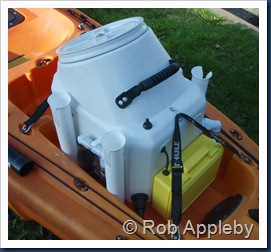 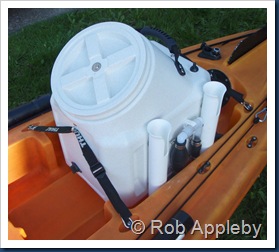 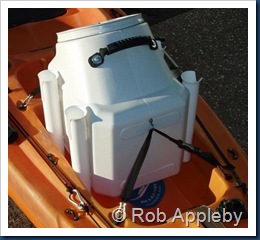 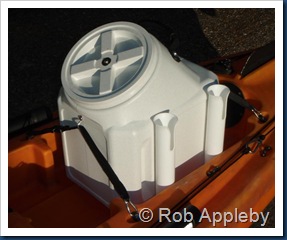 Hi there,
I couldnt find you on AA, so thought id message you on here. Got a new ultra 4.7 coming thursday and want to do what you have done above, as i was just thinking i need extra rod holders and an extra dry compartment!
One problem, I cannot find the white side mount rod holders anywhere! only these http://www.h2okayaks.com/engine/shop/product/c12717-s/Tube+4+Rod+Storage+Racks+%28White%29
reckon i could cut them apart and trim the back off?
Cheers for any help you can give (again)!
Ryan

The rear brackets are separate, they're not part of the tubes themselves. I'm sure that's where I purchased mine from.