The weather has been rather crappy for the past 5-6 weeks and as a result I’ve not managed a single trip on the water. That’s been extremely frustrating to say the least, though I’ve managed to complete my kayak trailer during this time so it’s not all been bad news.

The weather was finally starting to improve with temperatures soaring into the low twenties. The forecast for the weekend was looking fairly decent wind wise, so plans were made to take a trip to Tywyn in Wales in the hope of hooking into some Tope. My fishing mate Jim joined me on Friday morning and my trailer was duly loaded up with kayaks and gear. The trip took us up through the Brecon Beacons and Black Mountains before finally dropping down through the Cambrian Mountains down towards Tywyn. 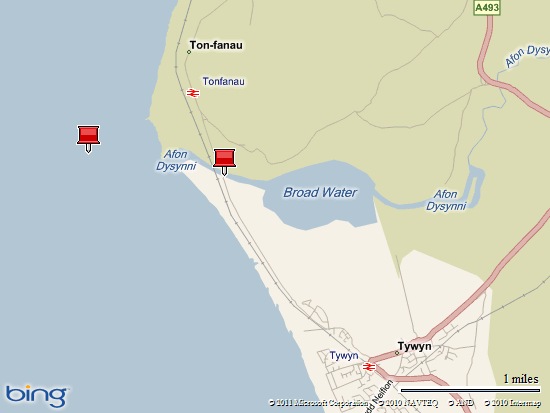 There are various areas to fish around the reef, some being more productive than others. It’s really a case of moving around to find some action, though as is often the case with fishing, it’s down to the luck of the draw ! 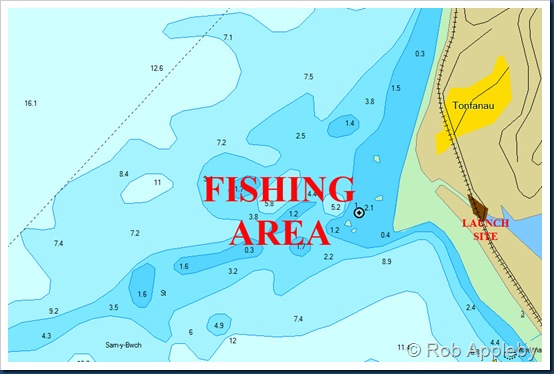 After setting camp locally we headed down to the launch site where a handful of other kayak fisherman were returning from a fishing trip. According to the reports there were Tope on the reef, though the previous day had fished far better. We launched late afternoon and took the short paddle down the river to the beach itself. The weather was pretty good, a light north easterly blow with the associated chop on the water. It was a short paddle of just over half a mile to the same mark that I’d fished the previous year. 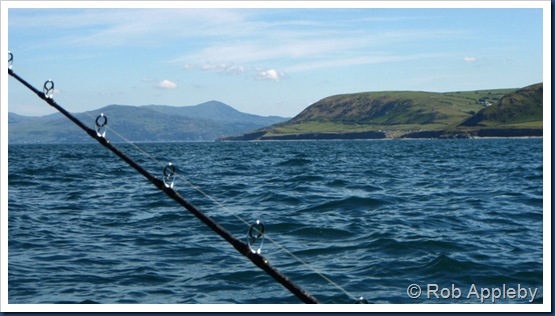 Bait was whole mackerel mounted on an 8/0 bronzed Mustad hook. The trace was made up of 3’ of 80lb nylon with 12” of 50lb nylon coated wire leading to the hook. A couple of swivels were positioned within the rig to prevent twisting damage to the rig. The tide wasn’t particularly strong over the reef and 3oz of lead was sufficient to hold bottom during the middle of the tide.

The tope weren’t playing at all as the afternoon turned into evening, though the Bullhuss were providing plenty of action. They’re quite unmistakeable when they take the bait, short steady runs of a metre or so, not the strong long runs of a Tope. It’s worth watching the bites carefully though as sometime a tope bite can start in the same manner before it finally tears away.

The Bullhuss were generally of a good size with many fish pushing into double figures. They often come alongside the kayak not hooked, just gripping the bait hard only to release it at the last moment. That’s not always such a bad thing as they tend to do their upmost to bite you once on the kayak! 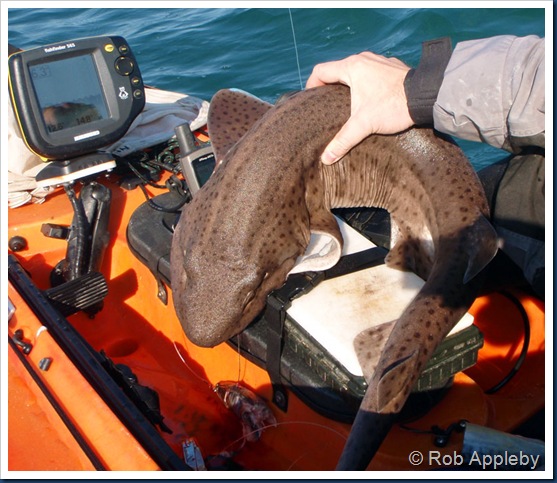 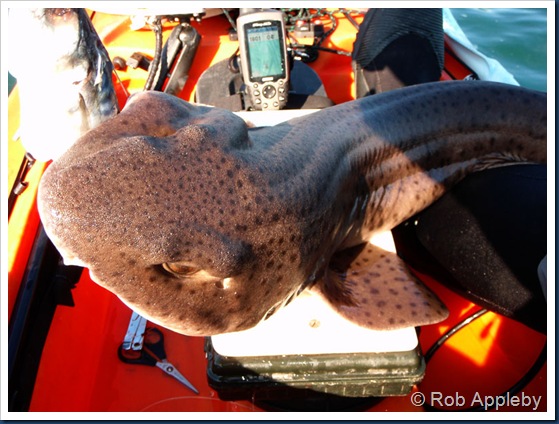 The water was alive with jellyfish, some appeared to be as large as dustbins whilst other were as small as a thumbnail. There were literally hundred of what appeared to be small Portuguese  Men of War, though I was later informed that they are ‘By the Wind Sailors’. They were coming up through the scupper holes an floating around in the foot wells, I wasn’t in a hurry to find out if they were indeed stingers or not! 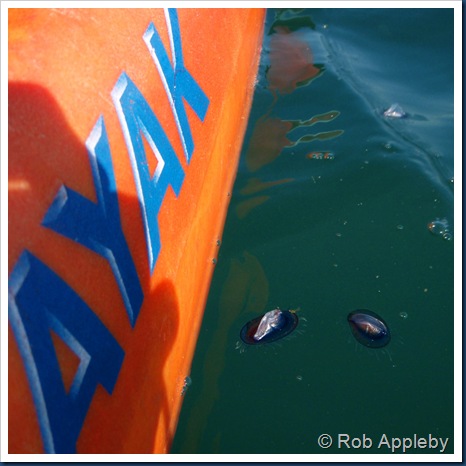 As the evening drew to a close I was fortunate enough to witness a truly stunning sunset. As sun touched the horizon the sea turned an inky black. The wind had eased off through the evening, though oddly the sea had lifted into a reasonably heady swell. The combination of the lighting and the sea state produced a memorable sunset. 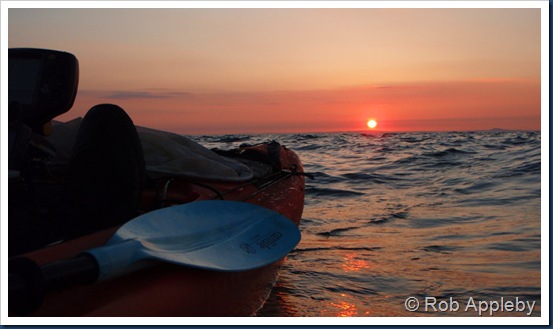 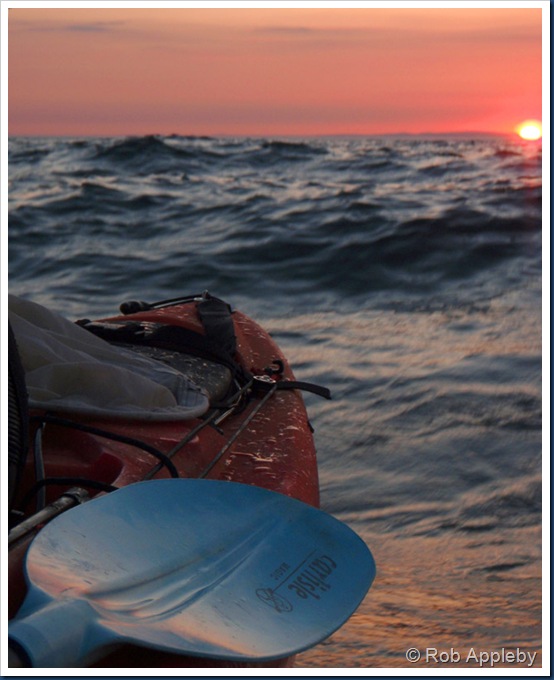 Jim had missed a couple of Tope runs that evening, though despite the lack of the target species there’d been plenty of action throughout the session.. no complaints whatsoever. We returned around high water which made returning to the launch point a pleasure. No dragging the kayak up the river, this time it was a leisurely paddle up the flooded river and back to the launch site.

What with the long drive to Wales, followed up with several hours on the water, I was pretty exhausted. Back at the campsite a late meal was rustled up followed by a couple of drinks just for good measure!. Day one was completed, hopefully day two would see some tope come aboard the kayak.