Eighteen months ago I visited Lochalsh in Scotland where I successfully caught one Common skate and lost another next to the kayak. The one I lost was purely down to the way I’d rigged the leader to the braid mainline. I’d used an Albright knots to join several feet of 150lb monofilament  rubbing leader to 50lb braid mainline. It was a tidy knot, though unfortunately it was particularly bulky. With the fish close to the kayak the leader knot was almost onto the reel, when the fish made a hard dive for freedom, the strain/resistance of the leader knot passing through the rings caused the knot to fail. The result?, the skate was laughing at me whilst I was left feeling particularly sad!.

Loss of a skate due to failure of the leader knot

To overcome the issue I drastically shortened the rubbing leader, permitting the leader knot to stay clear of the tip right with the fish close to the kayak. The downside of a short rubbing leader is that it may prove ineffective at time when tangling with the highly abrasive skin and thorny tail of these large Skate. So what’s a better solution?… a wind-on leader!

So what exactly is a wind-on leader?. The purpose of a wind-on leader is to create a knotless leader connection that is solid and will pass through the guides of the rod and reel easily. The breaking strain of the wind on leader reflects how much abrasion it could expect to endure during a prolonged fight. I did consider making my own, as I do virtually of of my traces and rigs. However, a lot of the parts are required to be purchased in larger quantities, greater than I really needed, and it was beginning to work out quite expensive. Another issue is that it is critical that you manufacture them correctly.

Wind on leaders can be readily purchased abroad, though finding a quality item that I could by off the shelf here in the UK was proving a little more difficult.

The answer came in the form of my friend Alain Storey. He’s a big fish specialist and has caught an awful lot of large Skate. He also manufacturers and sells some top notch traces and wind-on leaders that’ll tame the biggest of fish. I contacted Alain and ordered a couple of wind on leaders, these also came supplied with a Skate trace and arrived a week later. Anyway, less of the chatter, below are photos of the wind on leader and the trace as supplied. 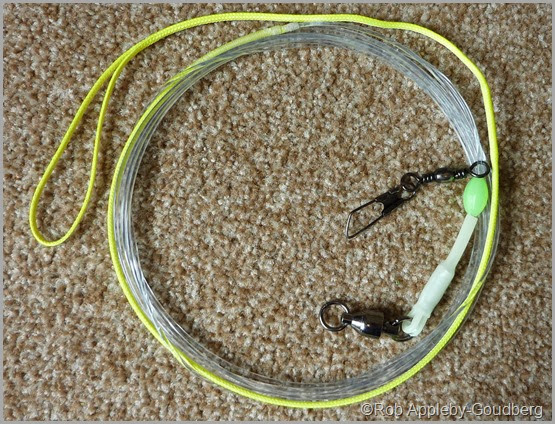 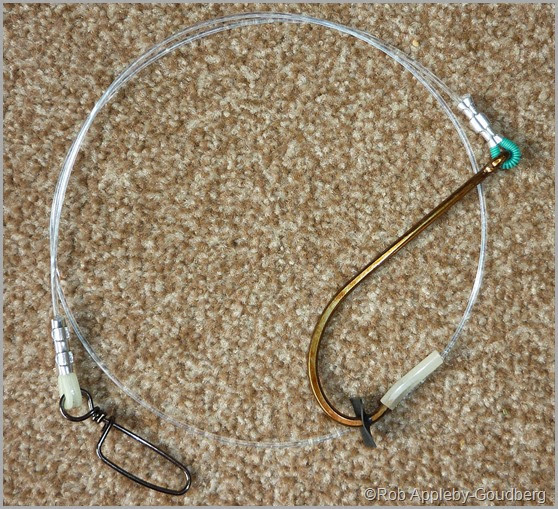 Ok, let’s look at the wind on leader. I measured the wind-on leader at 163” (490cm), that’s not including the trace. At the mainline end of the leader is a loop, this being made out of 24” of 200lb hollow Dacron. This loop is used to join the leader to a Bimini Loop, or similar, on the mainline of your reel. This in turn is attached to Momoi nylon that is rated at 480lb using a double splice. Along with the construction of the Dacron loop, the strength of this spliced join is critical!. The splice is shown below and it’s extremely neat and streamlined! 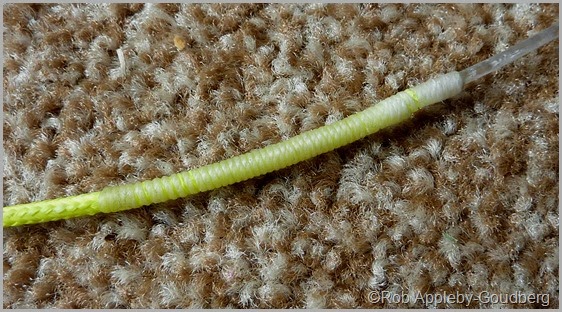 As a comparison, the photograph below shows one of my Albright knots tied using 150lb mono and 50lb braid. It’s a neat, but bulky wen using such heavy mono, though it’s worth noting that the wind-on uses 480lb mono, yet has a far more streamlined join.

That takes us down to the other end of the wind-on leader. Here you’ll find a 500lb Sampo swivel crimped onto the 480lb monofilament with the use of an anti-chaff thimble and a crimp protector. There’s also a snap swivel to attach a lead weight and a bead to prevent this swivel from potentially sliding down too far and becoming stuck or causing damage. 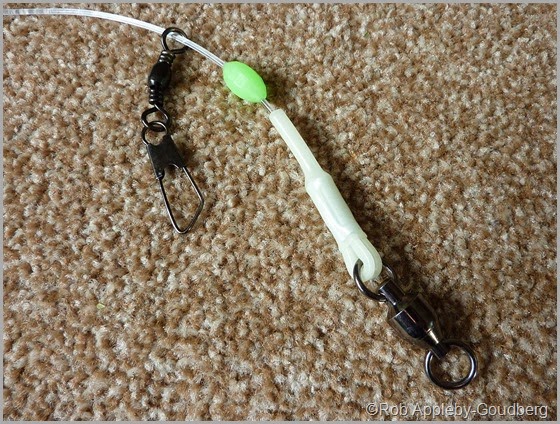 The Sampo swivel is a high quality ball bearing swivel offering anglers maximum protection against twisted and tangled lines. ‘Potential design weakness’ is not a phrase that would ever be used when examining the components used in the build of this leader!

That the guided tour of the wind on leader completed, now onto the Skate trace.

The trace body is made from 250lb Momoi monofilament and measures in at 38”, though this includes a de-barbed Mustad 3406 size 12/0 hook and a 400lb coastlock clip. The coastlock clip is used to attach the trace to the Sampo swivel on the leader. 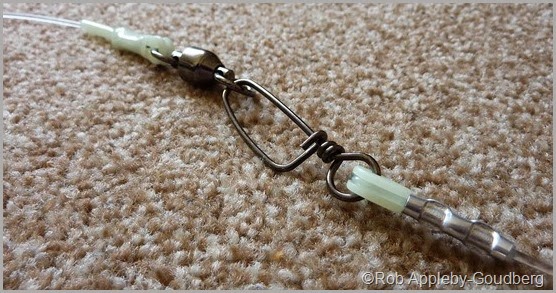 There’s a small square of sheet rubber on the hook, after baiting up this can pushed pushed back over the hook point to help retain baits and to keep the hook point clear.

An anti-chaff thimble is fitted at the clip end and a protector spring at the hook end, it really makes this trace stand out, pure quality throughout! 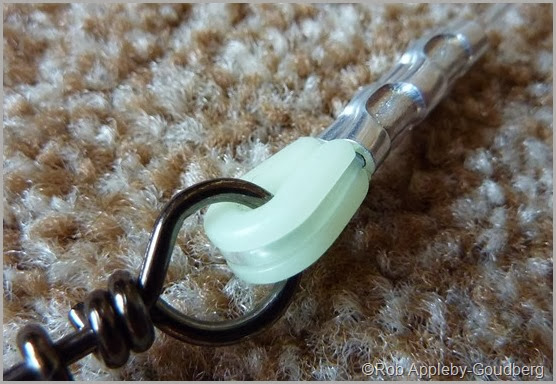 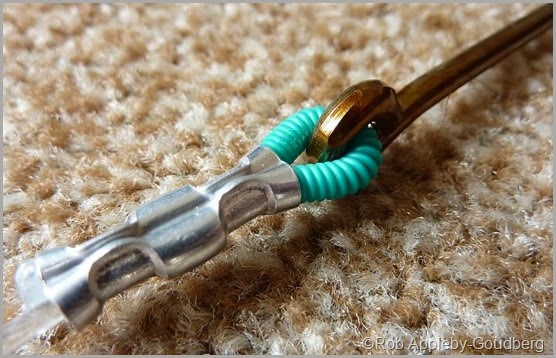 The photograph below shows the Skate trace attached to the wind on leader. 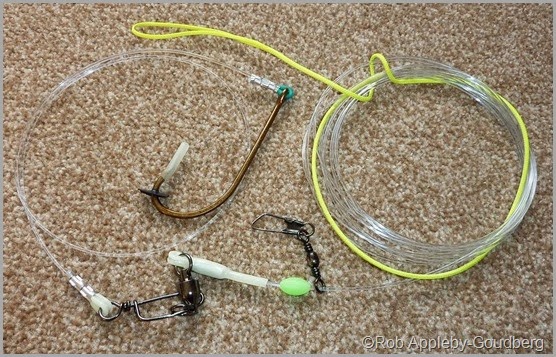 So there we go, a quality wind-on leader and Skate trace. This combination can be purchased from Alain Storey, priced at £14-50. Considering the time, effort and quality components, that’s quite reasonable!. You can also feel assured with the knowledge that  this particular build is well tried and tested!. Alain also makes wind-on leaders and wire traces suitable for shark fishing.

Alain can be contacted at alain@dash.fsbusiness.co.uk and his exploits viewed on his Facebook page.