I’m really struggling to find time to fish this year and when I do it tends to be in blocks of several days at a time. This trip was to be no exception as I headed off to the Netherlands with Ian Harris for six days of freshwater fishing. This consisted of a few days fishing local waters before competing in the Hobie European Championships over the last two days of the trip.

So with the car loaded to bursting point with tackle, bedding, etc, etc, we headed of in the direction of Dover with a journey of a few hours ahead of us. I was using my Outback whilst Ian was using a Revolution11. 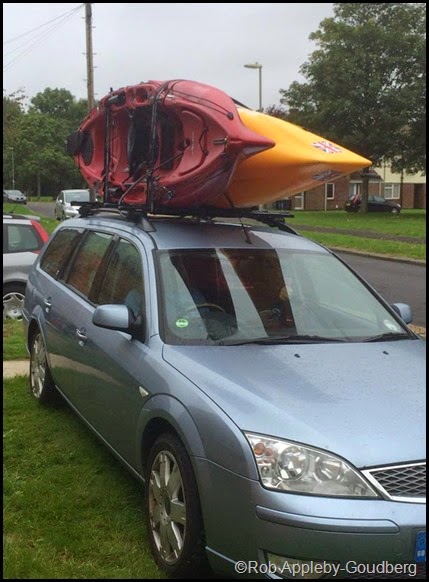 The journey went smoothly and we met up with Daniel who was to be our host for most of the week. We were going to be fishing local waters in the hunt for Pike, Zander and Perch, though expectations weren’t overly high as recent reports pointed towards somewhat patchy fishing as of late.

The mark is a rather secret!, so I wont apologise for the lack of photographs, though I have to say that the weather was quite spectacular for this time of year. I picked up a small pike very early on though pickings became quite hard after that. Though to be honest, I didn't really care as the scenery is superb. I saw several pairs of Kingfishers and watched a few flocks of geese fly overhead, brilliant stuff. At times I just relaxed in the warmth of the sun and let the current take me downstream. 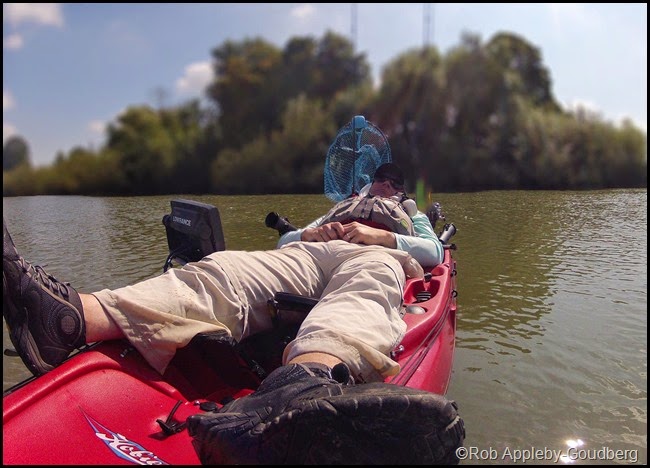 Sometime later whilst trolling the lure was hit hard, though once hooked up it didn’t feel too big. A small Zander was quickly bought to the net, another species for the day. 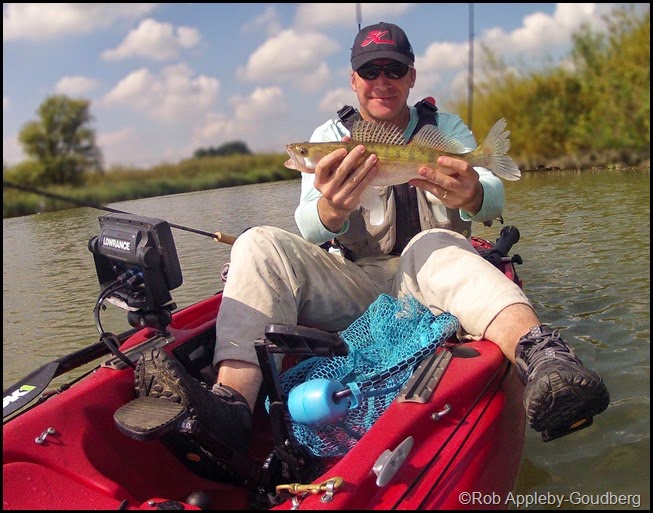 Ian hooked into his first Zander ever, something worth recording!. I pedalled over and captured the moment, one very happy angler. The fish were there, it was just really hard work. I missed several bites, most frustrating. 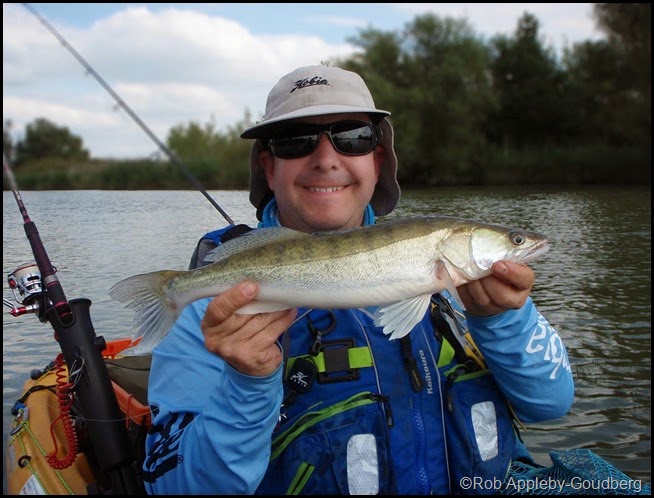 We both managed a couple of Perch, no monsters. 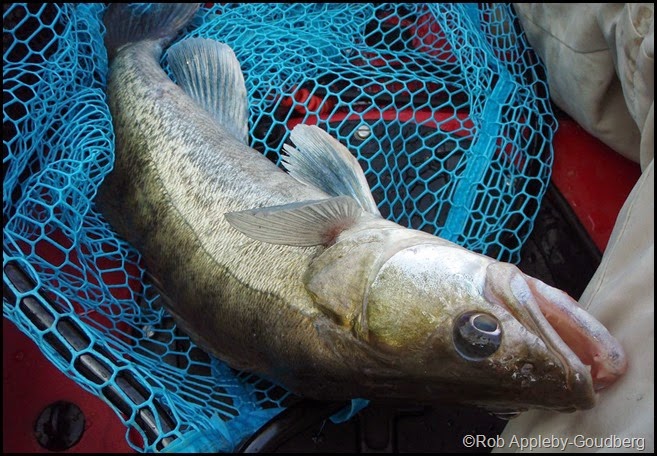 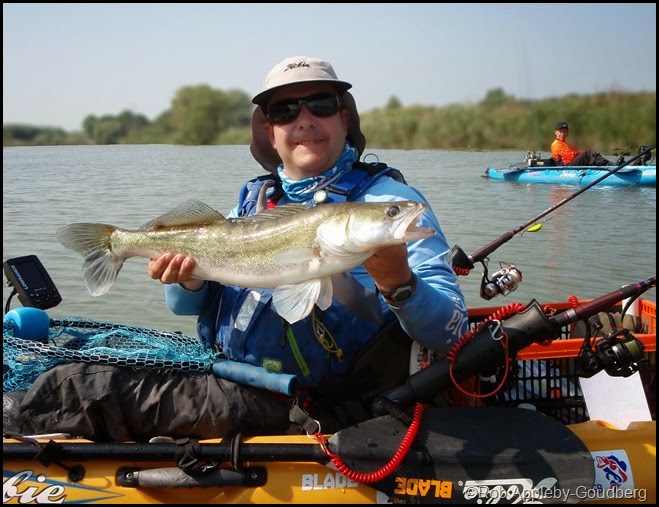 I tied off to a pontoon and took a wander to stretch my legs. The grassed path was literally alive with tiny frogs, jumping just ahead of my feet as I walked along. Really nice to see, though rather difficult to catch on camera. Though after a little perseverance I managed to get one to pose for me. 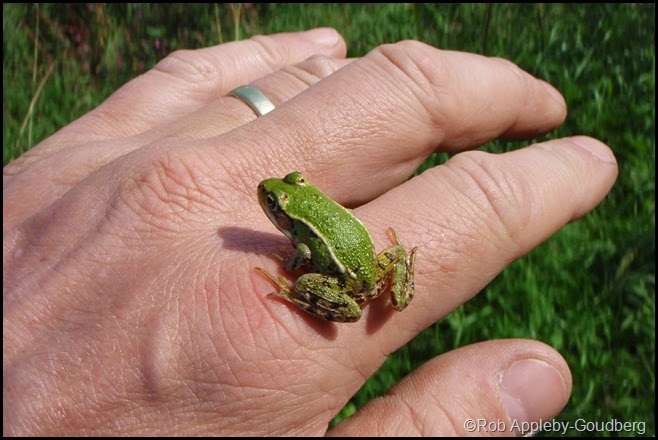 Daniel decided to show us how it was done by catching a large Zander followed by an equally impressive Perch. Personally I find it really encouraging as it lets me know that they are down there waiting to be caught. 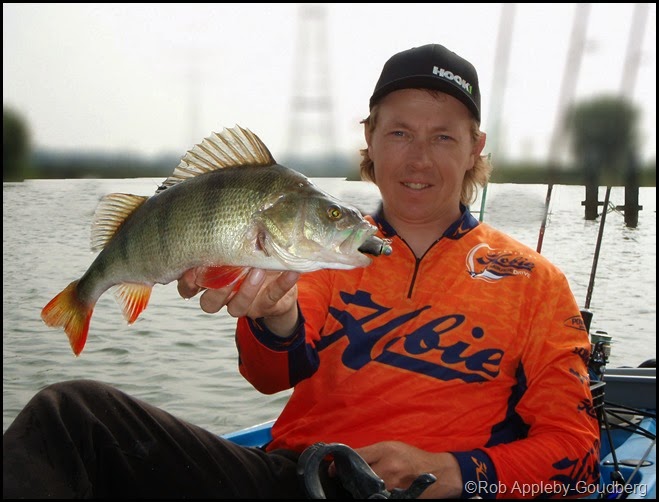 I took the opportunity to play with my Lowrance Elite 7 HDI, finding out which mode suited me the best for the day. I didn’t particularly require the charts so I found myself using the split screen mode displaying both broadband and down imaging sonar. I have to admit that I really do enjoy having such a large screen, I’d find it a real step back going back to a 5” display or less. 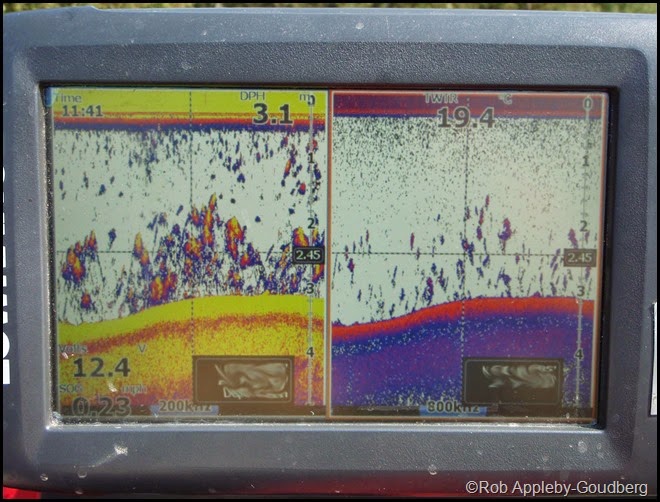 On a fairly featureless bottom the down imaging is not so useful so it’s best to use the broadband in full screen. Broadband can be displayed with Down Imaging Overlay which enhances the detail as it combines the broadband and DI in one display. It isn’t always ideal to display one overlaid on top of the other, though at times it can be most effective. The venue that I was fishing was featured lots of submerged structure, so the down imaging was constantly in use. The photo above clearly shows a large shoal of fish, quite probably Bream.

I hardly photographed any fish during the tree day period. Having being spoilt with some really good fish in the past it doesn’t seem worth the effort to photograph smaller specimens, spoilt I guess!.