The weather on the south coast was looking grim so plans we made to travel to North Devon, Lynmouth to be exact.

I received a call from my mate telling me to travel light. I'd already packed at this point so my gear was thinned down to the limits, toothbrush and a handline. Arrived at his house and he was standing by on his drive. I though he'd just received a logistics delivery via Chinook!!!. Fear not, the 'yakmobile' swallowed it up with room to spare. 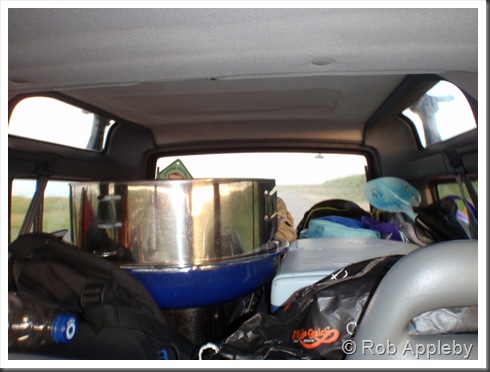 The third member of the exped team had a good hours head start on us, unlike us he was in a lightly loaded streamlined machine so we were always going to come last. However, we'd not taken his natural navigational skills into account. We eventually rounded him up and base camp took shape. 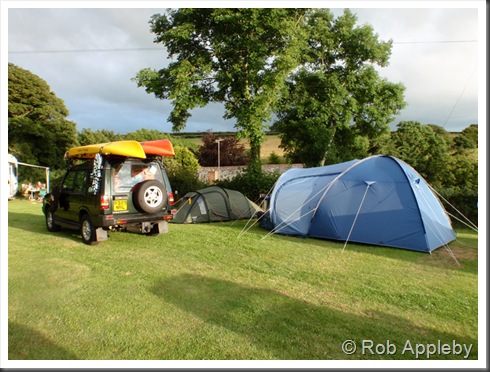 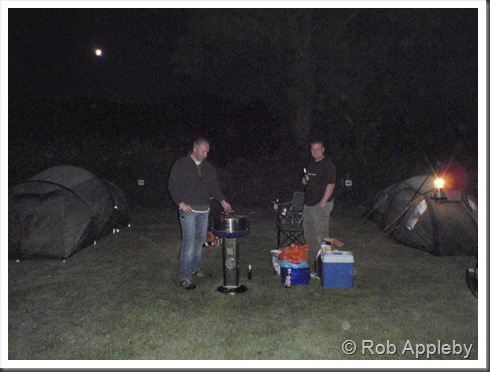 A few drinks later, accompanied with a 'dodgy' BBQ, we hit the sack.

Lynmouth is a truly cracking spot, well worth the drive. 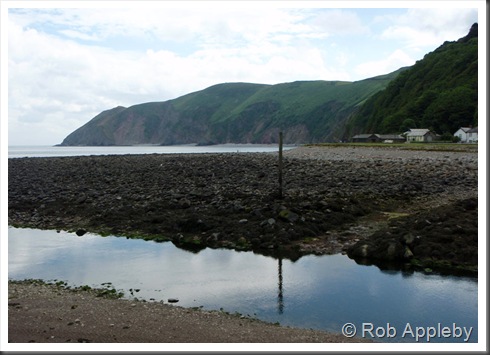 Rigged and ready to launch... 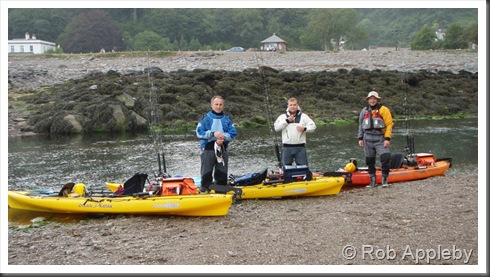 We paddled about and scooped up a few fresh mackerel for bait before heading of to try and few marks. 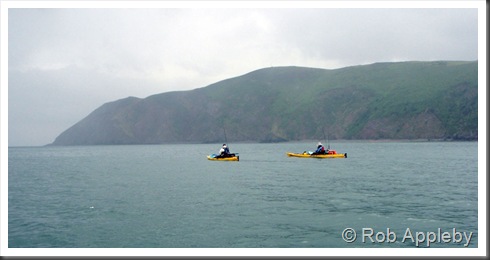 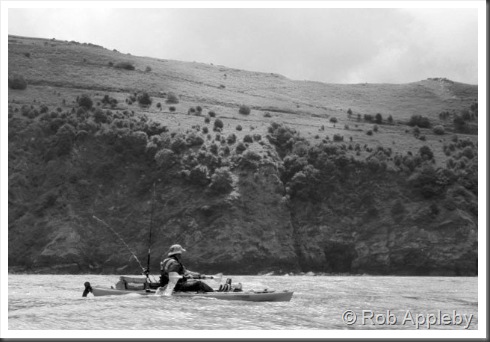 A couple of dogfish surfaced, plenty of bites all round. The tide was quite strong, despite a depth of only 10-12m 8oz leads were needed to hold bottom.

A few timid bites had me fetching a cracking bass to the yak. 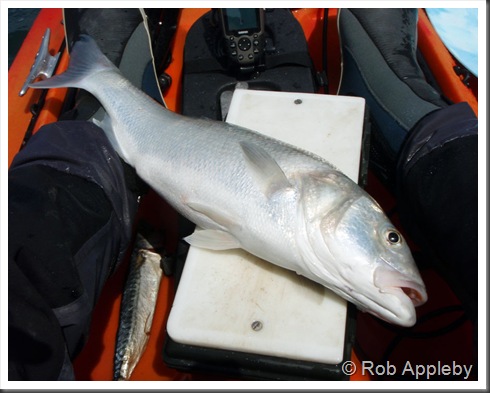 I got one of the lads on the phone and told him to stop messing about and to get over to my location. They were soon thrashing their way in my direction and had their lines down in no time. I couldn't believe it, one of them was straight in!!! 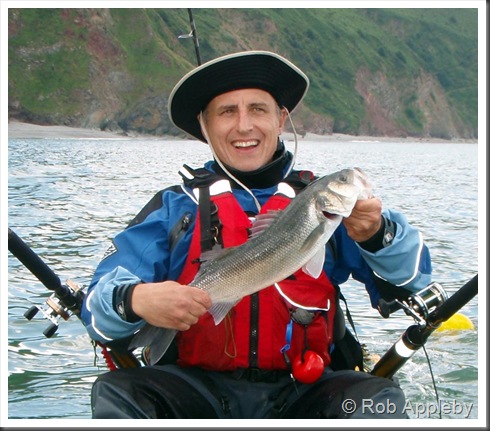 Something a little different... 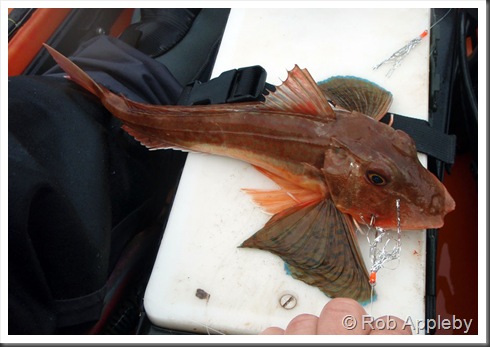 Sadly we lost one of the team at this point. His wife phoned up calling him home.. no comment from me!

I'd had a tope rig down all day and as the tide slackened off I only had a run!, which I missed. Half an hour later I had a screamer of a run, talk about a bit of excitement!. I tightened into it after a few seconds, bait dropped. Disappointing for sure, but it's all good stuff.

Fishing day one came to a close. Cracking weather with a good few fish. Brilliant! 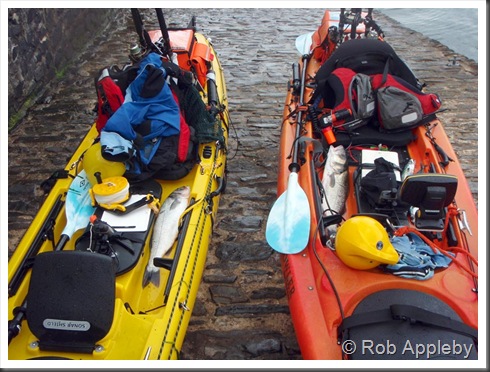 As we were camping, stoves and food bought along, we did the proper camping thing... straight into the pub, bar meal and drank a wee bit too much !

I woke up the next morning to see a living corpse in the tent next door. He didn't say much, only "It's not good", if I wasn't feeling so rough myself it would have been amusing!. After an hour in the shower and a grease-laden cooked breakfast at the on-site cafe, we decided we could manage a spot of fishing after all.

We were on our way again and launched before mid-morning. I truly felt bad, mind and body with not working today, life was a cluster...

Still, it came together in the end. Despite the missed runs of the day before I still had high hopes of tope. Played my ace and dropped a rubby dubby bag down on the anchor. Originally I'd planned to slide the weighted back down the anchor warp hence the weight in the above photo. 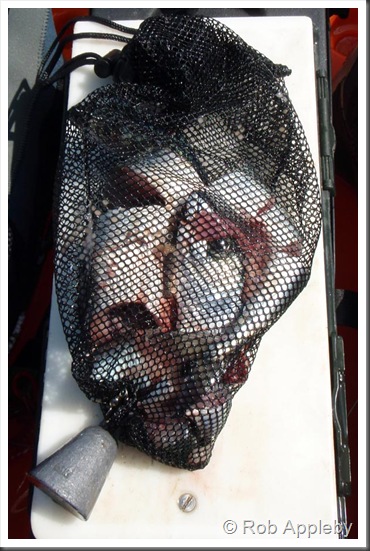 That didn't work, so I raised anchor and tied the bag to the chain, sorted.However, no runs during this session. 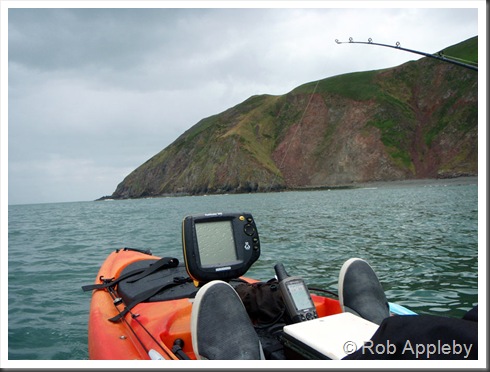 The weather on day two was mixed, bright sunshine backed up with regular thunderheads with accompanying squalls and torrential rain, it was actually quite a laugh. Big rolling swells out there, an interesting set of mixed conditions. 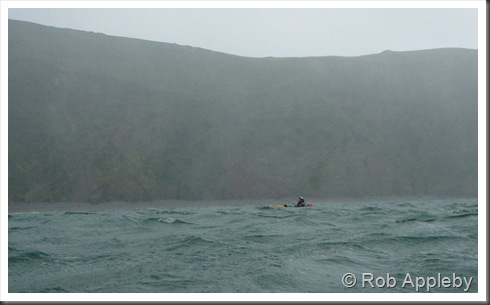 We called it a day early afternoon as we still had to dismantle the tents and stuff. Another cracking squall on the paddle back. 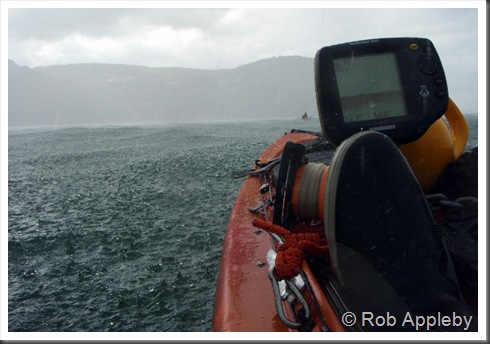 We arrived back a few hundred yards from the harbour entrance to some cracking waves around 4-5'. A toilet call would have been beneficial at this point!

My mate went first whilst I made a few pre-dunking checks. What luck!, he made it though a lull in the action, barely a ripple. My turn, all clear so I went for it. It wasn't ideal as the waves were sweeping across the entrance onto the rocks. Halfway in with a couple of light waves all was looking good. I turned my head and my heart sank, a big cresting wave 10-20m behind and I was angled off to it. Paddle down hard and leaning back saw me surge off, cockpit taking a hammering. I stayed perfectly upright though, and it was actually very stable. I paddled like a man possessed before the next set made an appearance. 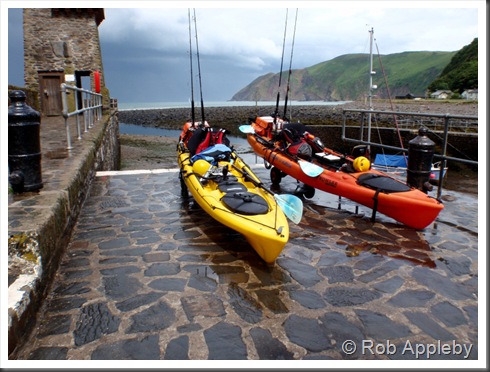 The worst thing about the whole trip... coming home, it was a quiet trip back, we could have happily stayed another couple of days.