I'm not to sure when it was, perhaps Easter time, when I decided to organise a summer fishing expedition. The choice of venues was numerous, though the time constraint of around a week limited those choices somewhat. Expense is another consideration, especially if you're opening it up to other folk.

I really fancied a trip to the Beara peninsula in South west Ireland, though it's an awful lot of traveling, as well as the ferry cost, etc. Yes, I could go myself, though the idea was to attract a few members from my local yakfishing forum.

I used to live in the North East and took every opportunity to travel and fish the South West of Scotland, Luce Bay and its surroundings in particular. It's a stunning area with regards to the scenery and the fishing can be superb at times. It's still a long drive from the south coast though the decision was made and plans were formulated for an August trip. 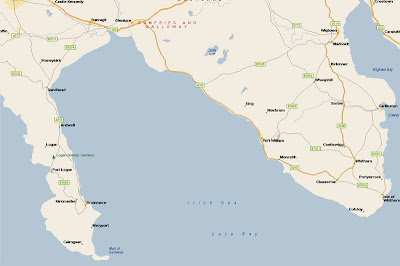 I enjoy camping but sometimes you just have to treat yourself!. With this in mind I've booked a 38' static caravan with all the mod cons, etc. The location at Drummore is cracking, not only is on right on the waters edge, all amenities are either on the site or close by.

The tides are something to be wary of in this area At the Mull of Galloway seven tides converge forming a race that is quite impressive, and being able to hit twelves knots it's hugely powerful. Needless to say I'll be avoiding the Mull itself, unless it's around slack water!

A great thing about fishing this area is you never know what you're going to catch, it's not unheard of to catch a dozen or more species over a few days. These can vary from Tope, Smoothound and Bullhuss to Pollack, Bass, Rays and Wrasse.. to name but a few!

Another factor in choosing this area was shelter. When you arrange a trip well in advance you cannot cater for poor weather. Some venues are unfishable with a particular wind, and if it's set in for days your well made plans are potentially in tatters. However, due to the lay of the land, there's always somewhere that'll be sufficiently sheltered to fish. Loch Ryan to the north can also provide some varied fishing, as well as Wigtown Bay to the East. 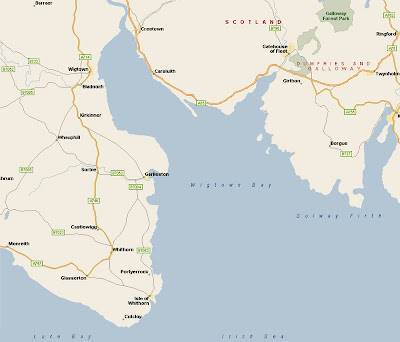 There are many well publicised locations that will produce some good fishing, these include Ardwell Bay, Port Logan and Portpatrick. Weather permitting the majority of the fishing will be around the peninsula itself where's there's plenty to keep myself amused for the week. 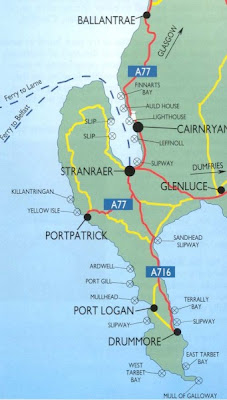 There are also plans to head north in the pursuit of Common Skate, this in itself has taken quite some preparation. I'm used to fishing light, 6lb class being my preferred outfit, going up to 20lb class if deemed necessary. However skate fishing requires a totally different approach and there's some good articles online to point you in the right direction:

This has resulted in me purchasing a 50lb class outfit and a new anchor setup allowing me to anchor in the expected depths of 300' or more!. Basically it's the same anchoring system I currently use but with a very large anchor reel!

The venue is to be the Sound of Jura, a well known habitat for Common skate. 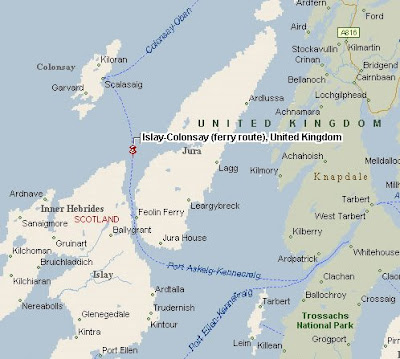 So the plans have been set on what could be a cracking trip lasting up to 10 days. However, it's not just about the fishing, the scenery in these locations is truly stunning. I'm not fishing alone so the social should be good, hopefully not too good.. I don't want to be fishing with a serious hangover!!

All we need now is some half decent weather, I'm praying everyday.
Email ThisBlogThis!Share to TwitterShare to FacebookShare to Pinterest

Hiya rob tom from waterlooville again back till the 17th aug so dieing to get out kayak fishing, funny enough i have just got back from aberdeen/montrose been working on a survey boat in the north sea for 2 weeks so hope to catch up with you whilst i am home. You had a chance to go out, ferring is meant to be fishing excellent for smoothound at the moment must say im very tempted to pop up their.

You are very well prepared! Best of luck!