I’ve hardly fished as of late for various reasons, work, family, etc, etc. I’d travelled up to the Bristol Channel on Tuesday evening, though the NE wind just didn’t ease off as forecasted. I waited around for an hour and finally called it quits and drove back home. Typical though, by the time I’d driven an hour home the wind had dropped to barely a whisper !

The weather for Thursday was looking very favourable with light NE winds forecast (again). I checked the live weather before I set of and it was showing 4-5mph. Clearly the weather station is behind a fence as the wind was a steady 12-15mph on my arrival. I decided to rig and and wait it out. By 8pm it had eased sufficiently for me to launch so I headed down to the beach and readied myself to launch. 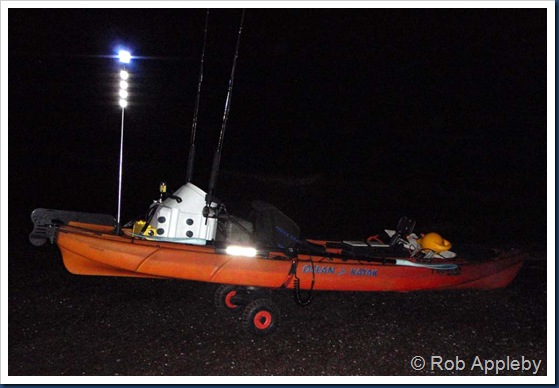 Once I was 300-400m out it became apparent that the sea was somewhat choppier than expected with most waves coming over the front hatch. I found myself requiring the constant use of my head torch to allow me to anticipate the waves as they came towards me. I eventually anchored up and settled down to some fishing. Despite the use of my drogue, the wind and waves had me swung 90 degrees across the tide. As the tide eased I was almost 180 degrees to the tide. Sure, I could have anchored from the front, though with conger eel expected I wanted to keep the anchor warp well out of the way.

Baits were squid and mackerel mounted to 6/0 pennel rigs with a 100lb nylon trace. It was about a 20 minute wait before the first fish of the evening, a reasonable sized eel that went well in the tide. 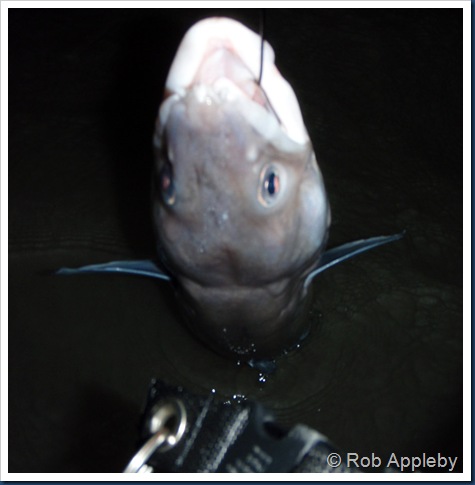 Several more fished followed throughout the session, I ended up with five eels from about 8lb, the best being somewhere around 15-20lb. 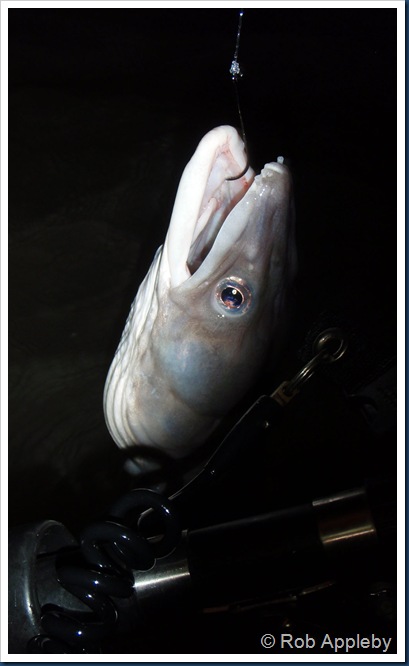 The mackerel bait saw very little action with only the odd knock here and there. I did eventually manage a single dogfish. 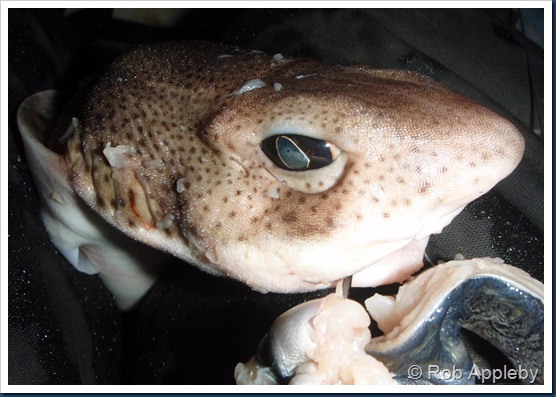 The weather was quite difficult throughout the evening with the wind varying from a light breeze to a fairly stiff wind at times. As midnight approached the wind lifted considerably and I didn’t fancy a difficult recovery at night so I decided to called an end to the session. It was good to dust the cobwebs off my gear, hopefully I’ll be hitting the water again within the week.

Nice one Rob - at least you got out mate! Things settling down here though work still full on. Catch up with you soon.