Team GB (myself, Dave Morris and Ian Harris) left the UK on Saturday and headed off to compete in the Hobie Kayak Fishing World Championships, based in Texas. 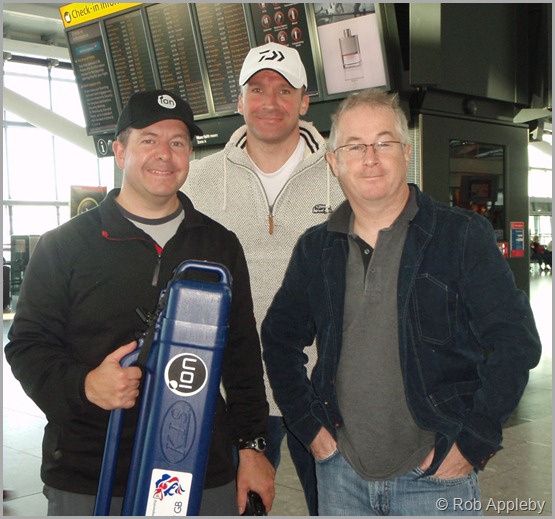 The journey wasn’t exactly the smoothest, we sat in the 747 at Heathrow for three hours due to ‘technical difficulties’. Twenty minutes, even half an hour is doable, but three hours?!!. It became that warm in the aircraft that I fell asleep, so I guess that it wasn’t too bad after all.

Once in Texas we spent the first night in Katy. Following breakfast the next morning we took the opportunity to visit Bass Pro, if you’ve not been before (like me!), it’s quite an experience. We all stocked up on a multitude of artificial lures, line, hooks, etc. I think that it’s fair to say that we all spent many hours researching the finer points of Largemouth Bass fishing and the result was a shortlist of must have lures. I mean, how difficult can this bass fishing actually be? 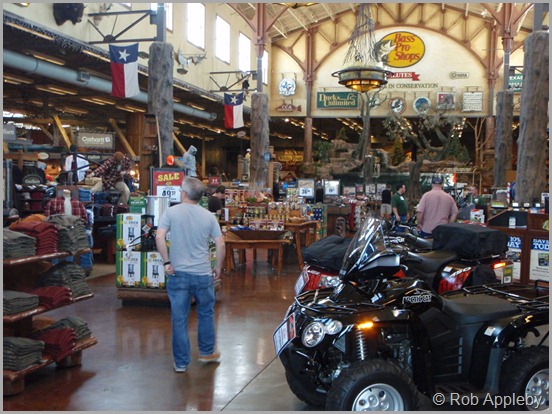 With the rental car packed full of fishing related goodies we headed off in the direction of Bastrop. Lake Bastrop was to be the venue for the Practice Day and for the first day of the Championships.

That night (yesterday) was particularly busy, to the untrained eye it may have even appeared somewhat chaotic!. There was so much to do and we were all caught off guard when it became apparent that we were only spending one night in that hotel with breakfast being served at 0530, hitting the road again at 0600. I made it to bed last night at around 0130, waking up again at 0430, not exactly ideal!. We also visited Austin Kayak that evening where team introductions were given and some briefings and further introductions from some of Hobie’s key players. The BBQ which followed after was most welcome and thoroughly appreciated! 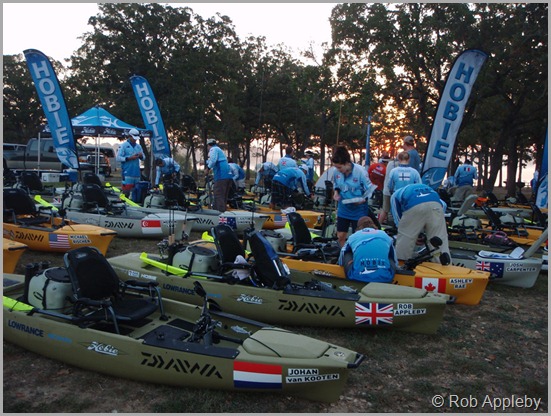 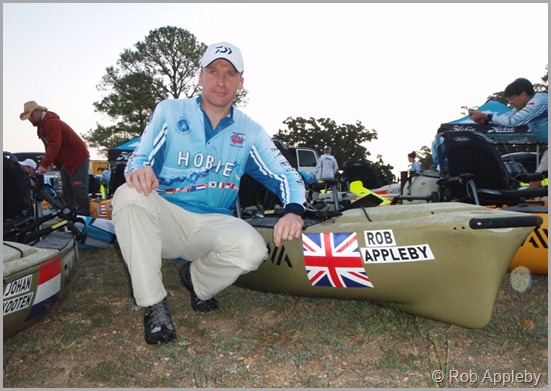 After a few more briefs it was time to hit the water for Practice Day, more to follow soon.

Loving the name on the yak! That's living alright!

That kind of event is really wonderful and fun. It can surely improve your skills and can able you to think in a quickest way to have a good catch. Using some artificial lure is a very great idea in order for you to be able to attract more fishes to take your bait.