The Lowrance Elite 7 HDI has a memory card slot to accept a blank micro SD card. This permits the recording of a sonar log if required so custom map sets can be created using Inside Genesis. The Elite 7 HDI came with a base map loaded, though this is extremely basic and not suitable for my fishing and navigational needs.

I decided to purchase a Navioncs Gold card that covered the whole of the UK and Ireland. They’re not particularly cheap, prices vary with some retailers charging over £200. However, after a little surfing I purchased one from Redcar Marine Electronics for under £170. Free delivery took under 48 hours, good service indeed.The micro SD card came well packaged, mounted into an SD adapter which is not required for the Elite 7 HDI. 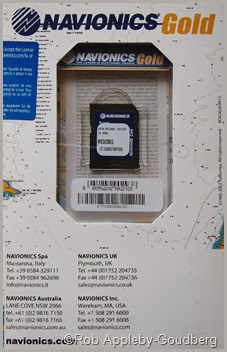 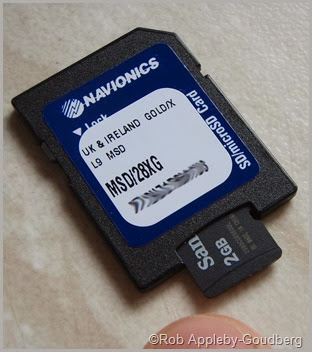 The SD card adapter can be used to mount the micro SD card into the PC when refreshing the maps (“Freshest data”) via the Navionics website. These map updates are available for the first 12 months after purchase. I’ve already refreshed the maps and the process was relatively quick and totally painless. Navionics provide good step by step instructions, so screwing up the card is not a concern. However, it is stated that you card cannot be copied or modified in any way as the data will be corrupted. I’ve read of a few people being unfortunate enough to have experienced this – BEWARE!. You can purchase a dedicated card reader for the Navionics card that will permit it to be interfaced with a PC, permitting its interface with map reading software such as Fugawi Marine.

I also took the opportunity to upgrade the operating software for the Elite 7 HDI itself. Again, it was a quick and painless process. The latest software was downloaded from Lowrance and copied onto a blank micro SD card. This was inserted into the Elite 7 HDI and the unit switched on. The upgrade is automatic with no notification of a successful update being given. If you want to confirm the latest software state you need to go into the system menu.

The Navionics Gold card was duly inserted into the Elite 7 HDI and the unit was powered up. You need then to go into the ‘chart menu’ and select the Navionics option. The charts immediately appears, it’s as simple as that.

The memory card is concealed behind a hinged door which has a rubber seal and is a push fit. There is NO positive locking on the memory card door. As much as the door is quite a tight push fit, there’s always a slight chance that the door may take a knock whilst in storage or whilst afloat, causing the seal to be compromised. 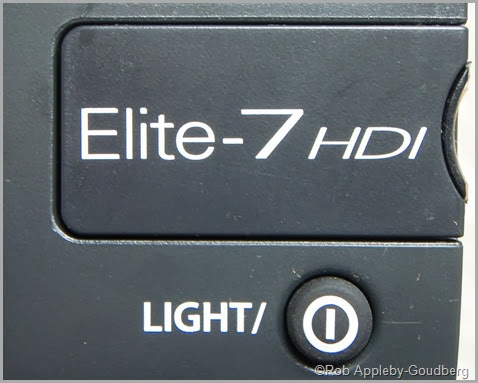 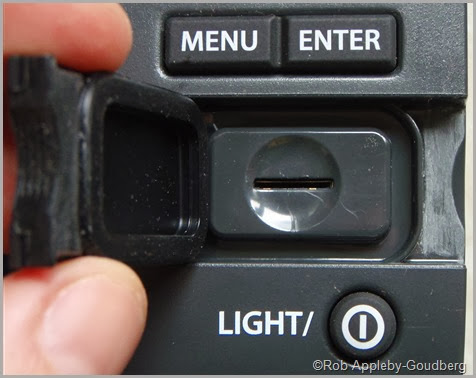 The last thing anyone want is for the memory card to be contaminated with water, especially saltwater. To that end I decided to provide some additional waterproofing and improved retention of the door itself.

With the card inserted, I slightly roughened up the plastic surface to the far right of the card slot. A little Marine Goop was applied to this ‘keyed’ surface, enough to retain the door in a firmly shut position and make it very resistant to accidental opening. If the door does need to be opened to refresh the card data, it shouldn’t prove to much of a problem to overcome the small amount of Marine Goop that’s securing the memory card door. I also applied some silicone grease to the rubber door seal on the rear of the card door. The photo below shows both the silicone grease and the Goop applied just prior to closing the door. 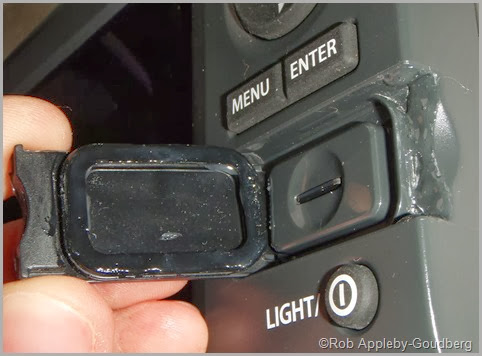 I taped the door firmly shut for a couple of hours to permit the Goop to set. With the door secured shut I also ran a bead of silicone grease around the edges of the door itself, wiping off any excess. 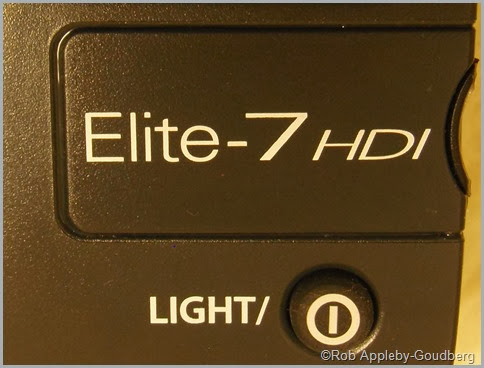 One thing is for sure, the memory card slot is not only fully waterproof, the door itself is also securely locked and cannot be accidentally opened from knocks, etc. The changes are barely visible to the naked eye, though it gives me peace of mind. Am I saying the the standard door is not up to the job?. I think it’s ok, though for saltwater kayak use and the constant fitment and removal of the head unit to and from the kayak, I reckon this improvement is worthwhile.