Despite it still being still somewhat early as far as the plaice season goes, plaice have been caught, unfortunately not by me. The weather forecast was looking great so I put in a days holiday, not wanting to miss a rare break in what has been a blustery couple of weeks.

Eastney is the local plaice grounds though I've yet to catch a plaice there, though in all fairness I've only fished it two times, both times in early February. It was an early start, getting up at 5am, loading up in the dark before taking a drive along the coast.


Arriving at Eastney the sea was flat with barely a breath of wind being present. It was pretty misty though I expected this to clear up fairly quickly. 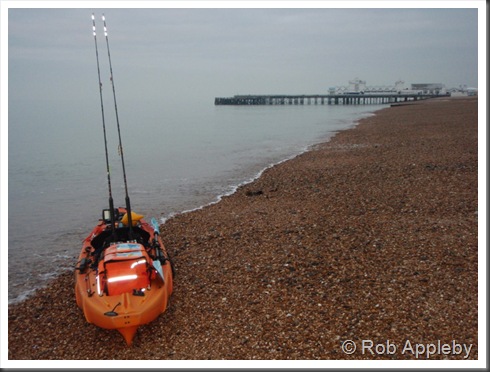 I choice to fish along the 'blocks', a set of old WWII defences. Most of them sit below the water, though the strong tide run causes quite some turbulence above the blocks. It fishes well for bass during the summer months, though I was hoping it'd produce some plaice or school bass for me today. 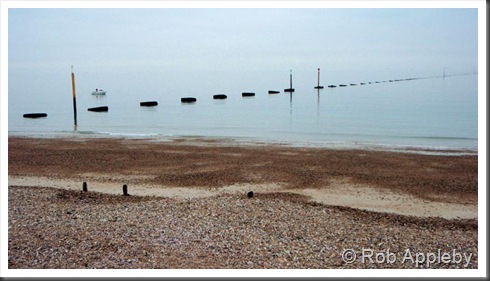 It proved rather disappointing, so I raised anchor and headed of to a small area of deep water about a mile offshore. I only lasted about an hour in that location, again it proved fruitless and I'd still yet to have so much as a bite!.


Using the last of the ebb I paddled into the main bay locating myself close to a couple local fishing boats. Baits for the day were wishbones filled with rag and tipped off with squid. As the target species was plaice it was the rig to fish, anything else would be a bonus. 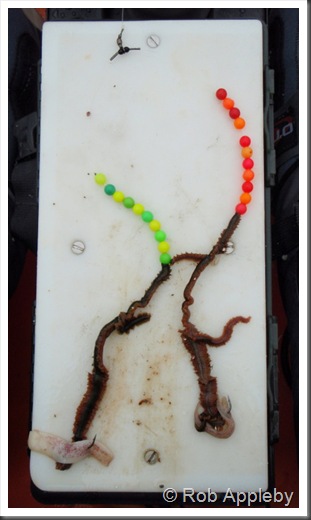 It was becoming a wee bit frustrating after four hours of fishing, with not so much as a bite to show for it. However, the weather was cracking and the conditions was just perfect so I lay back and tried not to complain too much!


The quiet session continued, though earlier I'd spotted a yak fisherman in the distance so I paddled over to say hello. Turned out to Ian, someone I'd chatted to via this blog. Well done on catching that plaice!, that really didn't do my moral any good...


After Ian had packed up and gone I moved to what was my final mark of the session, and it continued as the day had started, not so much as a bite. It was around mid-afternoon and I was literally nodding off and contemplating calling it a day.


Well blow me!, a decent bite which continued for a couple of minutes. On tightening up there was a weight of a fish, deep joy!!, however is came off halfway up, not so good. The bites then came hard and fast, though that didn't stop me dropping the next three fish as well!!!, one literally inches from my fingertips. My sense of humour had failed completely at this point, and I was desperately short on bait, though a further hook-up proved much luckier. The result?, a nice fat plaice just over 2lb. 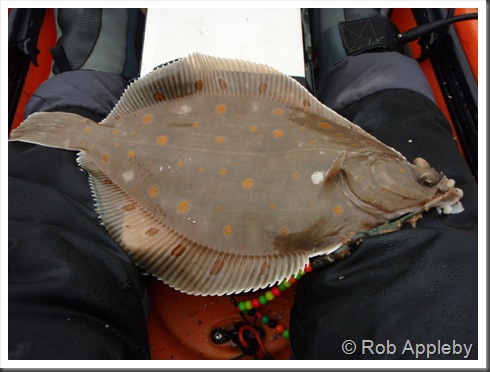 I'd barely baited up and cast out when the other rod started nodding away, left for a while before tightening up, another plaice came to the surface. Smaller than the previous fish but a keeper. No sooner than the plaice had come onto the feed they'd gone quiet once more. The remainder of the day finished as it had started, deadly quiet with no further bites. The weather held throughout the day making is a cracking session lasting over seven hours. 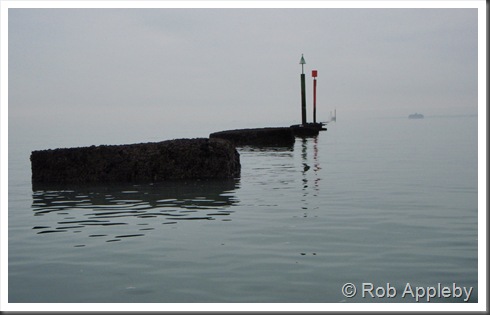 Roll on the next trip, hopefully the plaice fishing will continue to improve over the next three to four weeks.
Please feel free to comment.
Email ThisBlogThis!Share to TwitterShare to FacebookShare to Pinterest

Your blog is great! I love all the how to and technical information, it makes me want to step up my site. It's interesting to see how/what you guys are doing across the pond.....Even on a slow day you are getting into more action than me!

Is a plaice a flounder? I've never seen a bait rig like that in my life! Interesting.

Good to see you got there in the end and on my side on the solent aswell.
Hoping to get out soon as not been out from december "last year".

see you out there soon!

Like flounder, plaice is a member of the flatfish family. I believe the flounder you get over there is different to our flounder, just to confuse matters!.

Plaice are attracted to beads and metal spoons, some other fish are clearly spooked by them.

The plaice season is fairly short here, maybe a couple of months, hopefully I'll manage a couple more trips before the move offshore.

Get that yak sorted Justin, no excuses!!... see you out there.

Hi Rob,
Just found your blog, very impressed. Like yourself i have been a dedicated shore angler for many years. Brought a small yak last year and fished local river mouths and estuarys with some success and really enjoying it, however not in your league just yet. Researching fishfinder options at present and am undecided on fixed or portable options. Was wondering if you have seen the portable units in use.

Hi Nick,
good to hear that you're enjoying the yakfishing experience. By the portable units I'm guessing you mean the ones that you drop the transducer over the side?, floating wireless type?. If so they're not very effective at all judging from the numerous reports I've read.

If you're feeling flush go for a GPS/Fishfinder combo, though for a decent unit with maps they're expensive na dlimited to yak use only.

After a year I'm still happy with a seperate fishfinder & GPS, though a smaller screened fishfinder would probably be better, purely because of the effectiveness of the GPS unit allied with Bluechart mapping.

Hello again.
Yes i agree the cheap floating sounder finders dont look good. The fishfinders i was looking at at were Eagle Cudas they make a fixed and portable version of a few models. but its difficult to see much from the advert pics. My yak is small [Mini x] and i think the place were i would have to fix the mount might get in the way during transportation. Anyway, thanks for your advice, getting some good ideas from your blog [like the look of that hand held gps]. Had a few hours out in estuary yesterday after an early plaice but no sign of em here yet.

Hi rob, excellent blog!! I am from waterlooville and have just got myself a kayak(a cobra explorer) only had one trip out in it so far but throughly enjoyed it, was wondering if i could tag along with you one day and pinch some of your yak fishing wisdom and experience!! I work offshore but am back on the 6th july and would love to go out fishing with you one day, my email address is discogenie(at)gmail.com.
Thanks tom