I still think that it's a little early for plaice, they are being caught, though not in any great numbers. Today's venue was Eastney, I tried this exact spot this time last year with no success. My fishing partner picked up a plaice over 2lbs at this venue just 24 hours before, so there was some hope!

The conditions were just about ideal, light winds with plenty of sun, it was almost warm out there!.
I took along a selection of bait, ragworm, squid, razor fish and peeler crab legs. The rig was a running ledger setup with a small spoon and a combination of coloured beads. The trace was almost three feet long. The fishing took place at anchor as opposed to the drift, as the tide is quiet fierce at this particular. 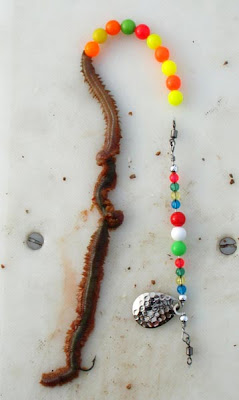 A combination of baits were tried, the bulk being made up of ragworm, though the hook tippings were varied between squid, razorfish and crab.


Within half an hour there were signs of a fish messing with the bait, light plucks here and there... classic plaice bites. I tightened up after a couple of minutes and began to retrieve with the weight of a decent fish on the end!. However, only metres from the kayak the fish slipped off, disappointing to say the least. 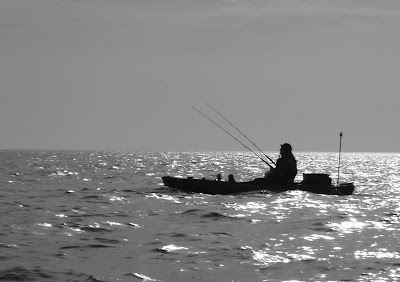 Plaice have a nasty habit of holding the bait, not being hooked, and spitting it out close to the surface. Unfortunately this turned out to be the only chance of the session. My fishing partner also dropped a fish on the retrieve, no doubt a plaice.


So unfortunately my first plaice trip of the year failed to produce a fish, hopefully I'll put that right before the plaice season passes me by. Here's a photo of the plaice caught the day before, sadly not by me! 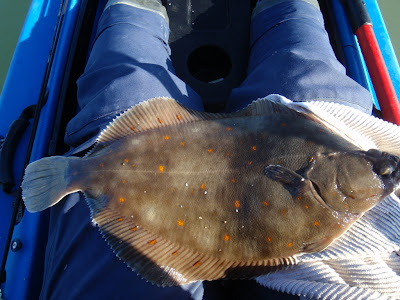