I purchased a pair of these reels in October 2012 in anticipation of fishing the Hobie Worlds in Texas the following month. I wanted a mid-sized fixed spool reel that was capable of handing the Largemouth Bass that I was hoping to encounter during the competition as well as being suitable for chasing Bass and Pollack on my return to the UK. I have a couple of Shimano baitrunner reels, and as much as I like them, they’re rather heavy and bulky for general lure work.

When the Exceler-X 3000 arrived I was impressed with its overall appearance and it was pleasantly light for a metal bodied reel. I loaded it up with some nylon backing, before filling it up with 30lb Daiwa 8 Tournament Braid. This is a particularly fine braid with a diameter of 0.16mm, equivalent to monofilament line with a breaking strain of 8-10lb. With the reel fully loaded it weighed in at 295g. Capacity is quoted at 170 yards of 12lb monofilament line (0.32mm) 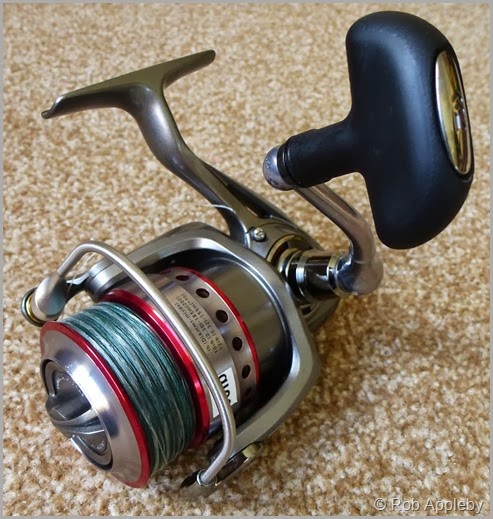 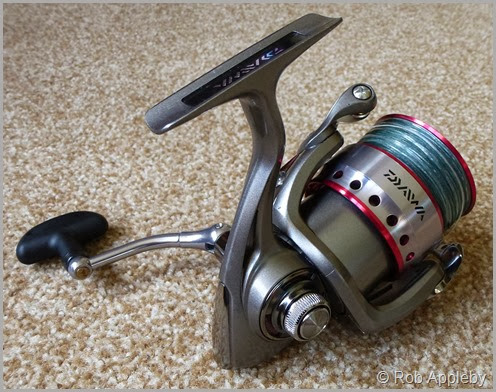 As mentioned, I found the finish of the reel excellent. It comes equipped with Daiwa’s Airbail (hollow bail arm) which appears robust and features a chunky tapered line roller which is designed to reduce line twist. The reel action is exceptionally smooth and the line lay onto the spool is even. If anything, it tapers outward very slightly towards the lip of the spool, though I’m being a little picky mentioning this. 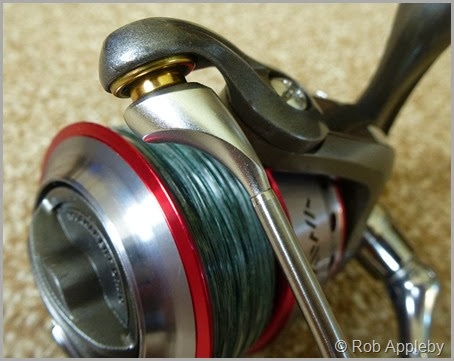 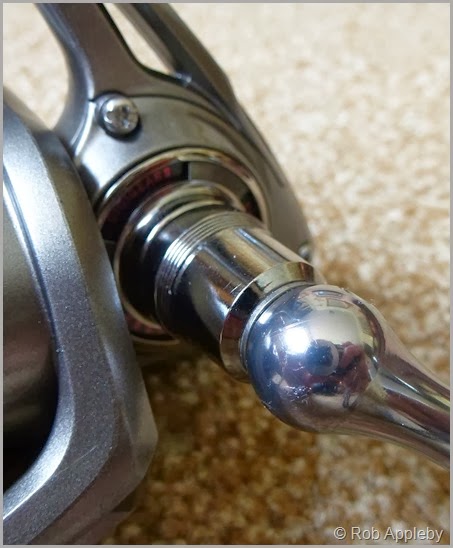 The machine cut handle is quite a work of art, to which a comfortable rubberised knob is mounted. The anti-reverse is of the infinite type and is toggled on and off with a small lever situated on the underside of the body. Operation is quick and simple, no complaints there. 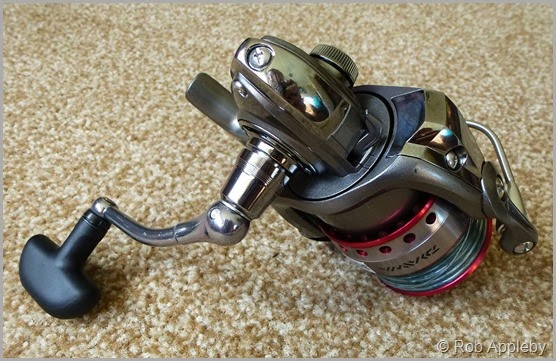 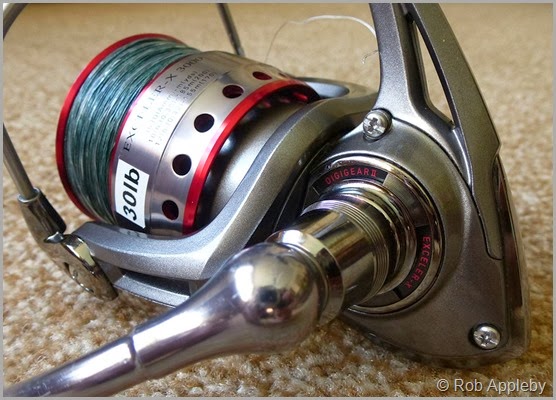 I like to strip my reels every 1-2 years, depending on the amount of use they’re subjected to. I also open them up well delivered to assess the level of factory lubrication. This varies greatly from reel to reel, some are supplied worryingly low on lubrication. With the reel opened up the lubrication was adequate, though as with all my reels I added additional grease whilst ensuring that all bearings were treated to some fresh oil. 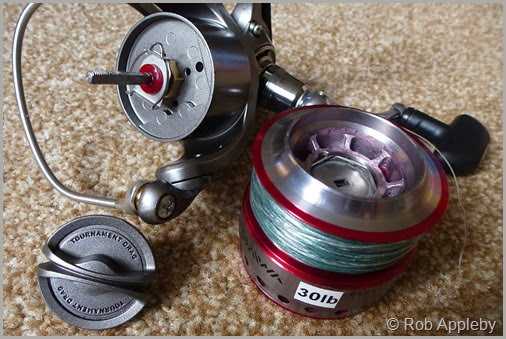 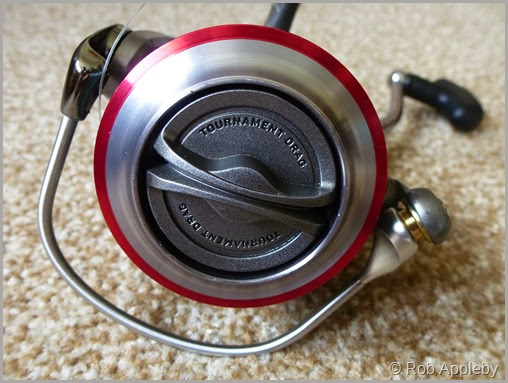 The drag has proved particularly effective and it’s easily adjusted via the front drag control. I’ve caught many fish into double figures and the drag operates smoothly, its adjustment is progressive and it’s easily changed whilst playing a fish.

The reel comes supplied with a spare spool, with the front drag knob unscrewed and removed the spool slides straight off the spindle. Changing spools whilst afloat is quick and simple. 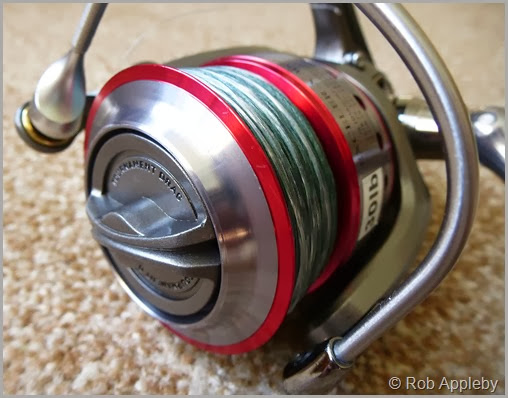 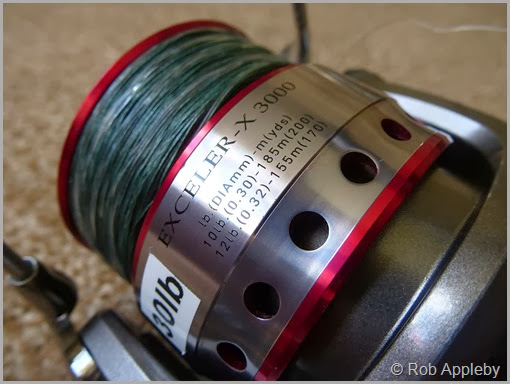 The operation of the bail arm is smooth and it resets after each cast without issue when rotating the handle. It perhaps needs a little more effort that I’d like, though as I tend to manually reset the bail arm I’ve never given it much consideration. 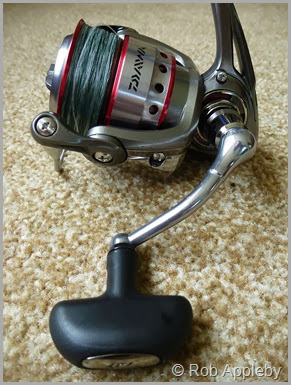 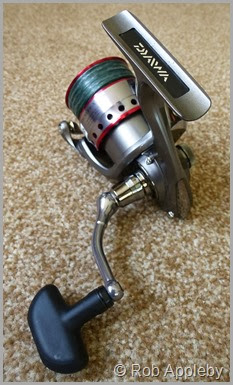 So after a year of using this reel in anger for pollack, bass and pike, how do I rate it?. Well considering the overall quality of the reel its retail price of £99 is quite reasonable. However, it can be purchased for considerably less if you shop around, with an average shop price of £80. After a year of use both the mechanical mechanism and the drag system still operate very smoothly.

Despite being used in a saltwater environment, they’re showing no signs of corrosion. That said, I am quite fastidious when it come to caring my my tackle. My reels are always partially stripped and freshwater washed post each trip, before being allowed to dry thoroughly before being stored. They’re periodically treated to a light spray of WD40 for additional corrosion protection. The finish is proving to be durable with only a few visible signs of wear. 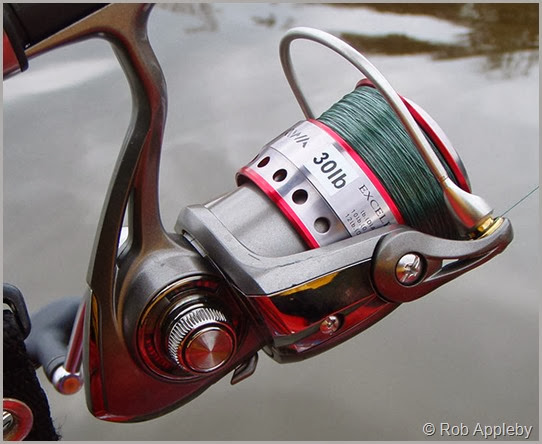 Overall, a quality reel at a good price that should provide many years of faithful service.