Over the past 4 weeks my efforts to catch a Solent cod have failed miserably. There isn't a great run of cod through the Solent, though a few do get caught every year.

Desperate measures were required, so the decision was made to travel 3 hours up to the Essex coastline where catch reports have been promising.

Preparations were made and I set off with my local yakking mate at 4am, arriving at the chosen destination shortly after 7am. The conditions were just about perfect, flat calm with barely a breeze, though there was still quite some mist about half a mile offshore. We'd taken the opportunity to meet up with a couple of Essex kayak fisherman contacted via a forum. They were kind enough to ensure fresh lugworm was waiting for us when we arrived. Preps were made ready for the launch. 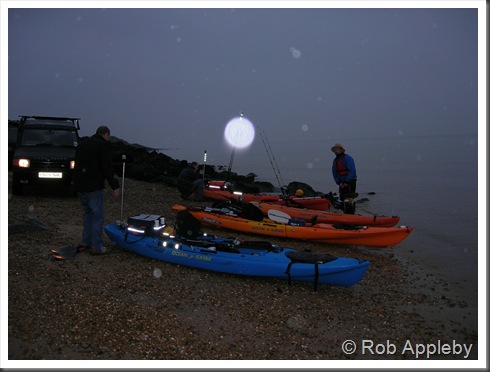 The chosen mark was almost 1.5 miles offshore, though the tide was at low water slack making progress relatively quick. By the time we'd made it to the mark and dropped anchor the tide was already moving at a good pace. Both rods were rigged with running ledgers and 6/0 pennels rigs loaded with a squid/lugworm combination. 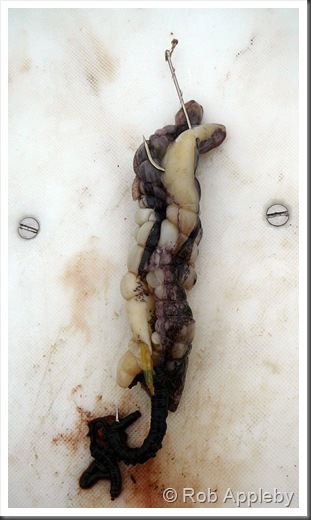 The squid had been 'glugged' for a couple of days prior to the trip, soaking in a combination of oils. It's not a must, though local knowledge suggested it was a worthwhile enhancement. The mist was proving persistent and the first hour was relatively quiet with only the odd smaller fish coming to the surface. The mist finally cleared by late morning, though the wind picked up and the drizzle remained persistent throughout. Nothing too unpleasant, certainly not compared to the weather of late!. As the morning progressed the fishing picked up with a multitude of codling coming to the yak. The most prolific time seemed to be just before mid-tide, lasting for about an hour. There were quite a few pouting and smaller whiting, though thankfully not in the numbers I've been experiencing locally as of late. 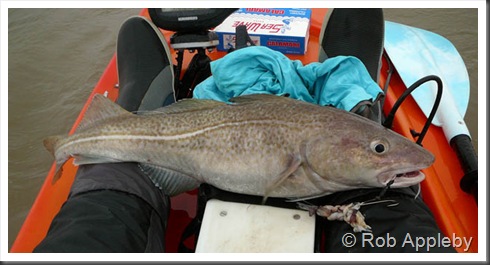 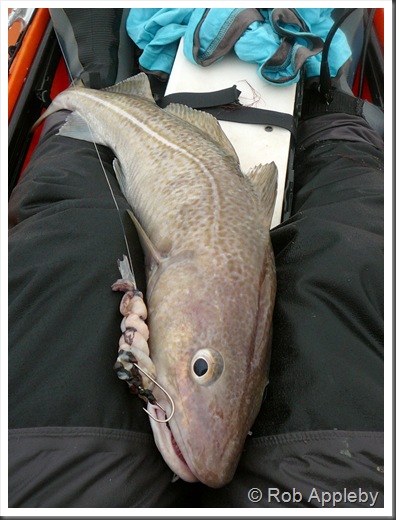 As the tide eased off the fishing slowed down dramatically which resulted in me calling it a day around high water. I kept a few nice cod for the table, along with a handful of smaller codling and whiting that had been deeply hooked. The best fish was a shade under 7lb with another two around the 6lb mark.

Paddling back in I noticed a large charter boat about 1/2 mile closer inshore. Never one to miss an opportunity I pulled my stringer of fish from the water plonking them squarely on my lap in preparation for the paddle past, from the various comments it appears they weren't sharing in my good fortune!.. I know, probably not the best of sporting etiquette but it did make me smile. 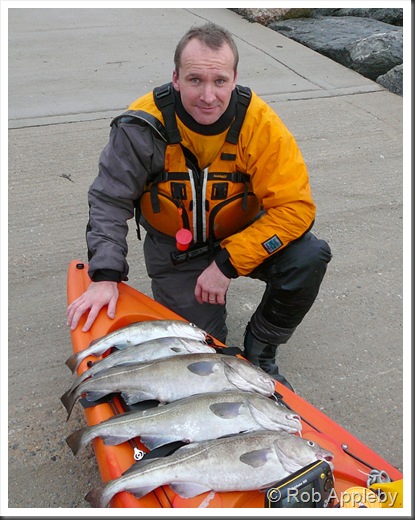 Filleting the fish gave an opportunity to check what the cod had been eating, virtually all the fish were packed solid with hardback crabs with the odd small herring and pouting.

So all in all a cracking trip that was well worth the 6 hour return journey, hopefully to be repeated once more this year before the cod move on. 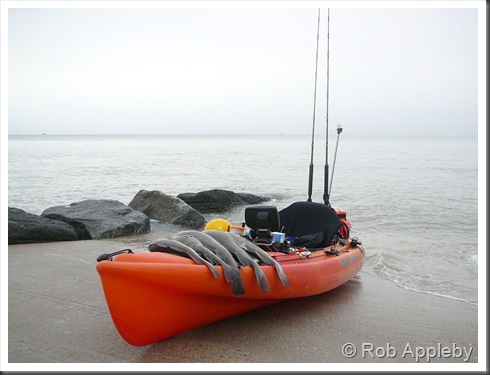 That is a superb catch - nice fishing!!!!

Well i bet that made your's and Jim's day,good catch there rob. just goes to show that sometimes it pays to move about and try new places from time to time.

I'm always up for a change of scenery... question is, where to next ??