What can I say.. the weather is absolutely awful!. The weather forecasters should be lined up against a wall and shot. It’s incredibly frustrating to look at the forecast for the following 72 hours to see potential fishing windows. Looking again a mere 12 hours later and the perfect storm is apparently due to hit the Cornish coastline, imminently!

Instead of spending a pleasant weekend fishing, yet again I found myself making a the four hour journey back to Hampshire to spend some time with the family. The only other choice was to sit in Cornwall and listen to the wind whistling past the windows or to watch the waves crashing onto the beach.

Eventually, the briefest of weather windows presented itself. The timing of the tides wasn’t great, so for the second time I found myself launching into the Fal Estuary. The target was Bass and the method was to be spinning. I took two rods with me, one armed with an ABU Toby lure, the other with a Chug Bug surface popper. 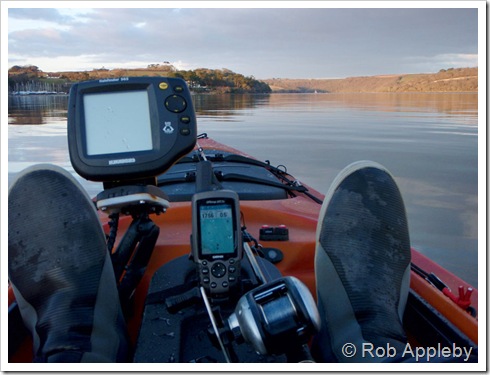 I drifted with the tide fishing 20-100m yards from the shoreline. Despite high hopes I didn’t have so much as a knock. A few days earlier I saw a dog with a bass of about 3lb between his teeth, so it did appear that the bass were starting to show. The water temperature was struggling to get above six degrees, no doubt due to the cold winter. Was this having an effect on the fishing?. I’m thinking it had a lot to do with it, even as the sun set, the expected surface activity failed to materialise. 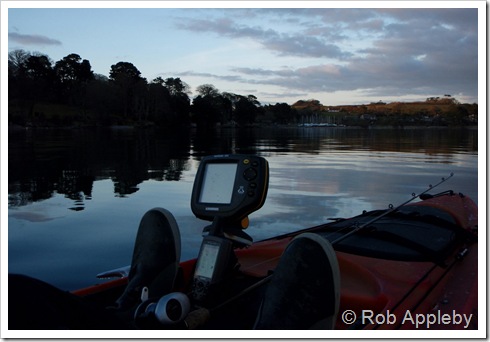 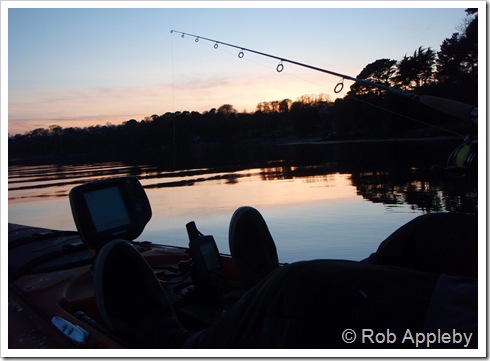 Again, it was quite an enjoyable session, though once the sun had gone down the temperature plummeted below zero which saw me paddling back towards my car and the promise of a hot bath.