A night to remember !

It’d been an incredibly busy week at work. I’d planned a stopover in Wales to allow a couple of folk to plough up the countryside with 0.50 calibre machine guns. The trip was due to commence on Wednesday evening, though poor weather saw it pushed to Thursday morning. I arrived at work early the next day only to find out that it was cancelled again, this time for good. Needless to say I wasn’t too impressed.

If that wasn’t bad enough I ended up spending the rest of the day with a numb bum enduring a bundle of incredibly boring lectures. When the day finally came to a close I was soon looking inside the fridge, making a grab for a lonely looking beer. Sitting down I flicked through the TV channels and decided that there were far better ways to spend an evening.

A quick check of the weather and tides showed it was doable if the traffic was on my side. One phone call later to West Coast Angling in Watchet and the bait was booked and left in a shadowy corner for out of hours collection. The road trip went smoothly, though a detour past the local chip shop proved to be a necessity!. I was soon rigged and launched around 7pm. Despite the calm water there was a steady set of small breakers which came over the hatch on the way out.

The paddle out was a couple of miles, though with the tide I was pushing along at around 5mph. Mark 023 was the chosen mark. I’d not fished this mark, though I’d paddled over it on the last trip and noticed a few boulders showing, it looked like a rough patch of ground. 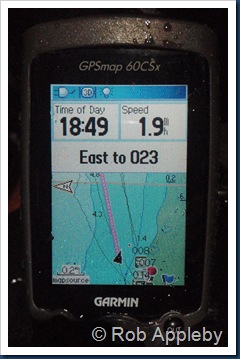 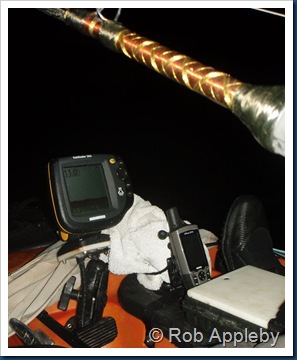 Baits went down about 7:30pm and I just sat back and enjoyed the evening. There was a light SSW wind which came an went, causing the water surface to be a mirror one moment and tightly rippled the next. Needless to say it was pretty dark out there!, the cloud cover was thick and a light drizzle made a show from time to time. The lights of Watchet were over a mile away (shown below), the glow from Cardiff was clearly visible despite being twenty miles away. It really was a cracking evening. 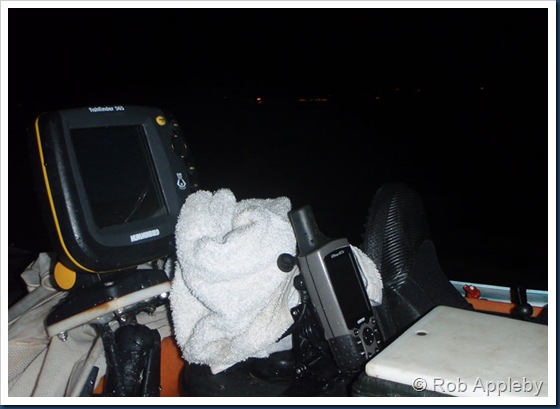 There’s no shipping to speak of on the southern side of the Channel, though I’m sure that more exists on the northern side travelling to Cardiff and Newport.

The action started within minutes and it was clear that codling were the culprit from the nature of the bites. I missed the first four to five bites, I then proceeded to drop a reasonable fish halfway to the surface. A little frustrated, I re-baited with lugworm and squid on 6/0 pennel rigs and sent them back down to the bottom. The ground was quite snaggy, different from what I’ve experience before despite fishing close by. On more than one occasion I reeled in small rocks the size of a grapefruit.

There was another good bite and after allowing it develop for a few moments and tightened up into it. It was a heavy fish and line was being stripped from the reel at a steady pace. After a couple of minutes I added a little more drag pressure and started to bring the fish up from the depths. The fish took several long plunges downwards, though I just bided my time trying not to be too over eager to see the fish and risk the chance of losing it as a result. It finally broke surface right next to the kayak. It was big and I just prayed that it wouldn’t slip the hook. I grabbed the gaff and secured the fish, dragging it onto my lap. It was a beauty!. First job was to secure it to the kayak, it was going nowhere. 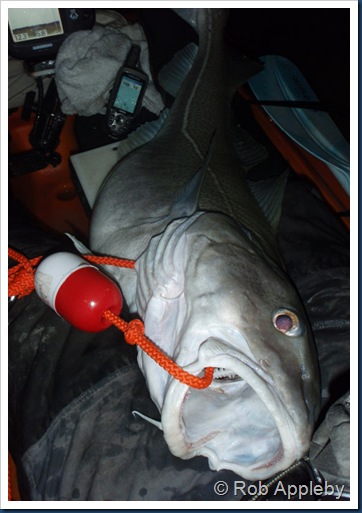 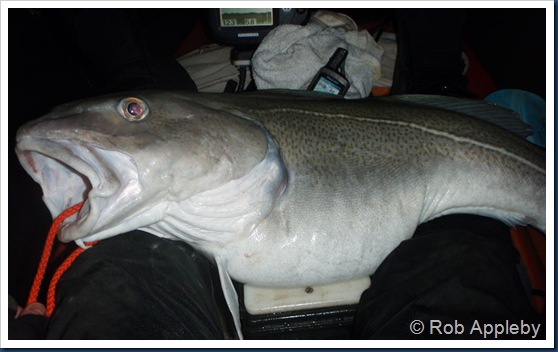 Once safe and secure I grabbed my scales and weighed it in. It was registering a couple of ounces either side of 29lb!!, I was absolutely chuffed. 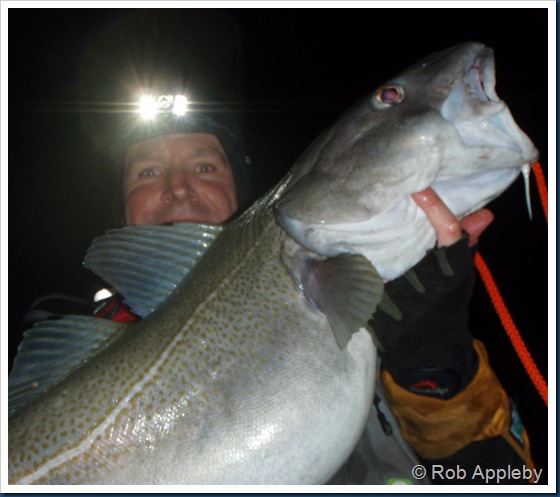 I quickly re-baited and went after some more fish. I was in again within minutes and it was another big fish. It fought well in the running tide, though not quite as good as the previous battle. When the fish surfaced it was clearly a good size. The gaff was back in action again and a moment later it was lying across my lap. I weighed it in and it showed 14 ½ lb on the scales.

I just couldn’t believe how good the fishing session was going. I lashed it to the other cod and placed them in the tankwell area. At this point a bigger kayak would have been appreciated. 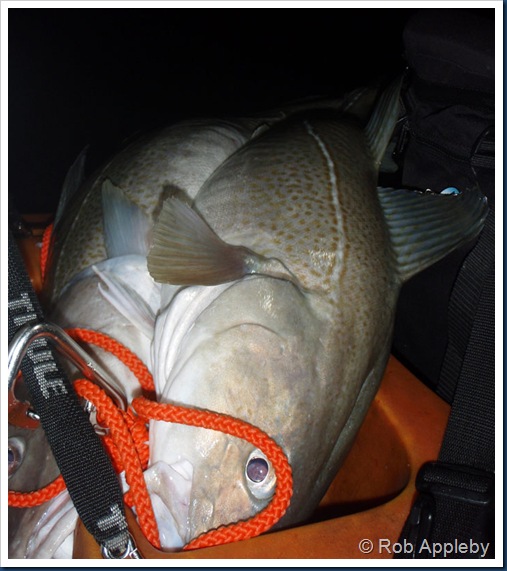 A few more codling came the kayak, varying from 1-4lb. I didn’t keep anymore for obvious reasons, though I kept on fishing just to enjoy the sport and the evening itself. I was tempted to feed the big cod up to try and get it over 30lb ! 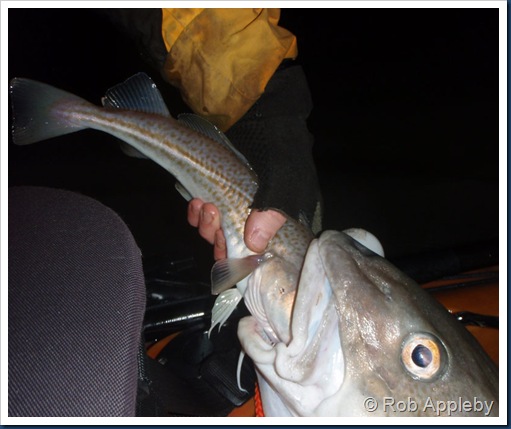 As the tide eased I found myself into yet another good fish with line being stripped from the reel at a rather rapid rate. I took a minute or two to actually get control of the fish, though once it had quietened down I tightened the drag a little a bought it towards the surface. I really thought that it was another big cod, so I quite surprised to see a nice sized conger eel rolling on the surface. I’d put it around 25-30lb though I didn’t lift it from the water as the kayak already had enough additional weight. 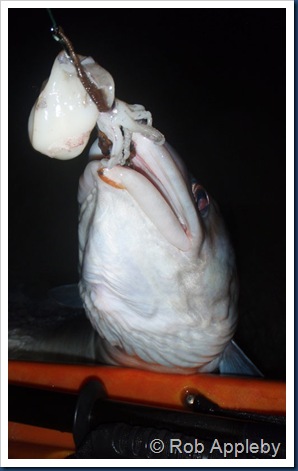 I soon found myself into another and even bigger eel. It came alongside the kayak and I was trying to position it for a decent photograph. In the blink of an eye the trace became entangled in the paddle leash that was hanging over the side of the kayak. This was really bad news and I lost all control of the fish. It was lunging and spinning against the paddle leash so I made for the scissors to cut it loose. I was saved the trouble when it slipped the hook and disappeared back into the muddy water.

Another two good sized eels and a smaller fish into single figures came to the kayak within an hour, it really was top sport. 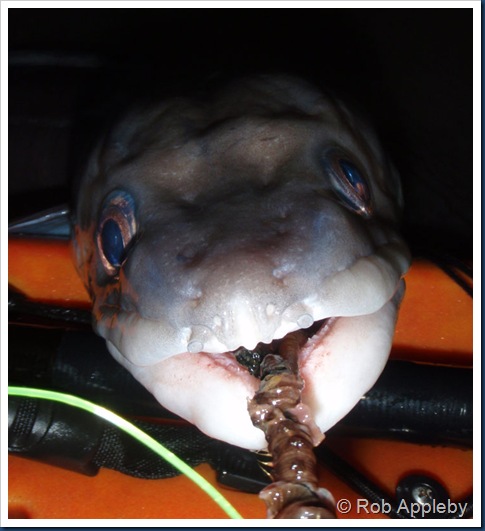 The eels happily took the baits intended for the cod, though I also live baited a small codling which picked up a nice eel within moments of being dropped. This is clearly the preferred method should live bait be available. 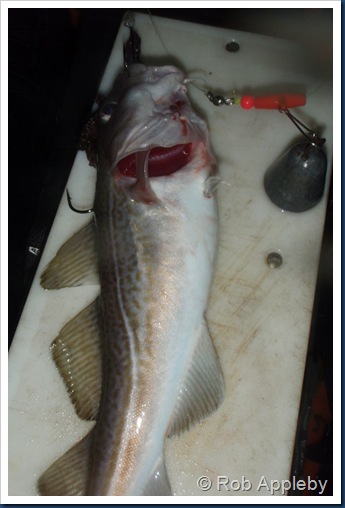 There was a mad 20 minutes of whiting activity, very similar to my previous trip. A small whiting is also an excellent conger bait, highly recommended in this area.

It was high water just before 11pm and the SSW wind freshened up considerably with white horses starting to appear around the kayak. I decided to play it safe, so I pulled anchor commenced the paddle back. This turned out to be a good decision as the weather continued to degrade and plenty of waves were breaking over the hatch. With little ebb tide and the waves and wind against me, it was a much slower paddle home, at times I was struggling to make 3mph.

It was around midnight when I hit land and I took the opportunity to re-weigh the fish. 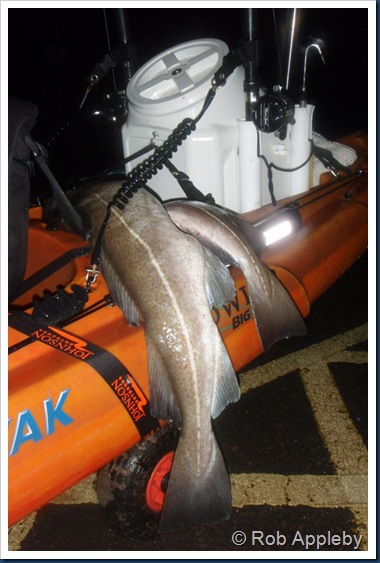 They been out of the water for 3-4 hours and had lost a little weight, that was also partly due to the copious mess they left in the tankwell!…. it didn’t smell to clever neither. The big cod weighed in at 28lb 1oz and the smaller fish came in at 14lb 3oz. 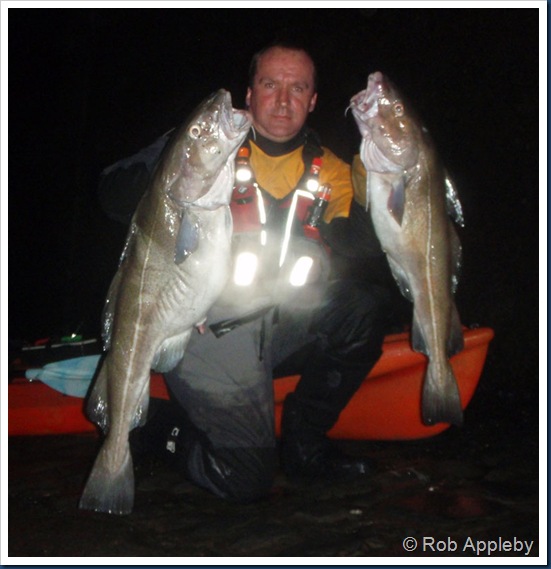 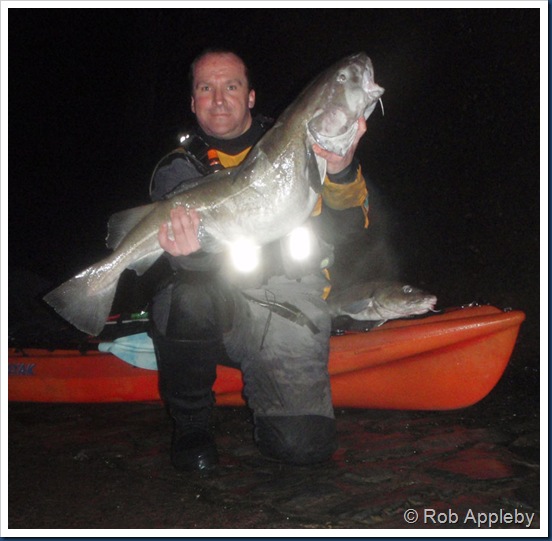 A quick check of the stomach contents gave a clear indication as to what the cod were eating… crab, and lots of it. 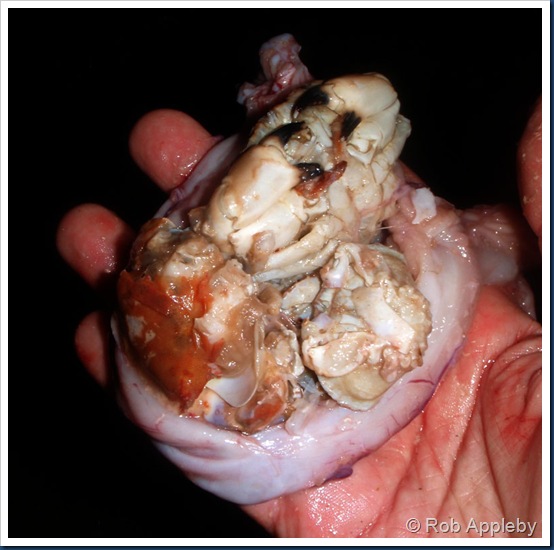 What can I say?, an utterly cracking result. I managed around 130lb of fish in just over four hours of fishing. I’m already itching to get afloat again, though as I didn’t get to bed until 3:30am this morning it’ll have to wait a wee while. 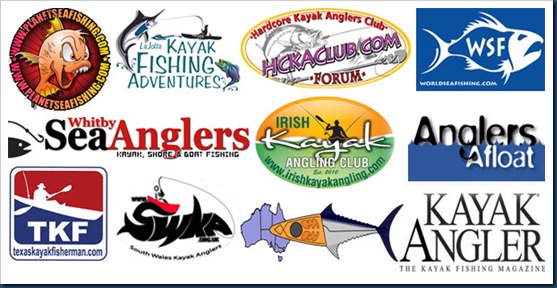 Top man Rob who needs to go to Norway that is a session you dream about.

Rob - by Jeeeez that's one hell of a session - phenomenal! Well deserved for all your efforts - brilliant stuff!

Well done Rob, he who dares wins!! Inspirational stuff, any chance you'd do a catch report on the site for us? The new lads would love that :)

Cheers fellas. I can't imagine that I'll be topping this anytime soon.... though I'll certainly be out there trying !