It’d started raining on Sunday and by Wednesday it was still raining. It wasn’t just that though, it’s also been blustery, so basically it’d been a miserable few days.

I rechecked the weather forecast on Wednesday and there was a definite weather window showing for a few hours starting around midday Thursday. I was still buzzing after my last trip so I was eager to get out again and wet a line. I arranged to take Thursday off and booked some bait from Steve at West Coast Angling in Watchet. The bait and service there is first class, I’d highly recommend dropping by.

I met up with Jim just after lunch and we were rigged and launched by around 2:30pm. High water was around 6pm, so allowing for a thirty minute paddle it still left us about three hours of the flood tide to fish. We were hoping to fish the ebb for a couple of hours, though with the tides over 11m the current would be the limiting factor. The wind was a blustery easterly and the water was quite choppy with an underlying swell, though still very fishable. 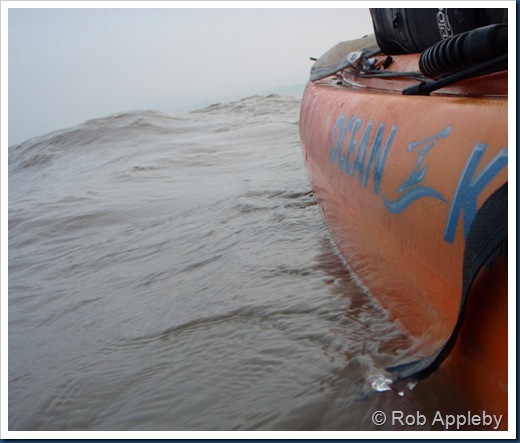 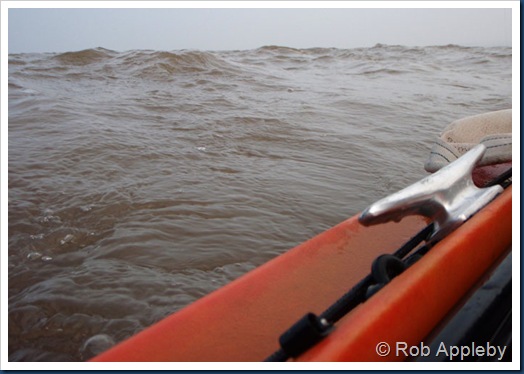 The end tackle was my normal setup for this area, a three foot 6/0 pennel rig made from 80lb monofilament. As much as it is possible to knot 80lb mono, I tend to crimp my traces as it still allows me to thread worms onto the line without bursting them. It’s also stronger and more reliable as knotted heavy mono can slip. Baits were single squid pushed up the hook, held in place with the top hook, with 2-3 lugworm slipped on below. 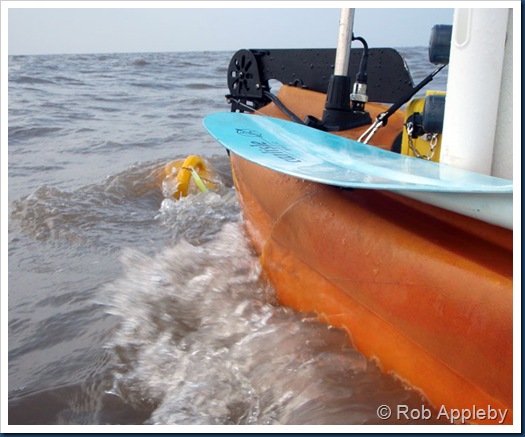 Initial water depth was around 9m. The water temperature was pushing towards six degrees and the tide was running hard. It was only minutes before the first bites appeared and for the next two hours a steady string of codling between 1-5lb came to the kayak. 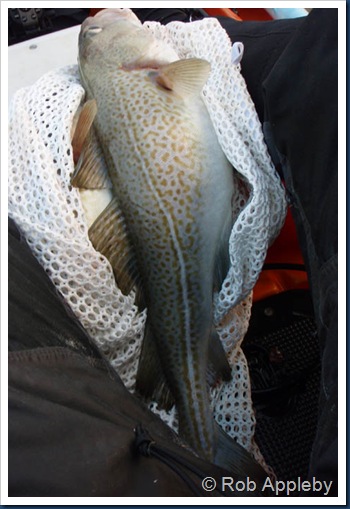 As the tide eased off I’d managed about 12 codling as well a couple of fish dropped on the retrieve. The dogfish were making a show, no real complaints as I’ve not caught one in a while. Hopefully they won’t grow into plague proportions as the season progresses. 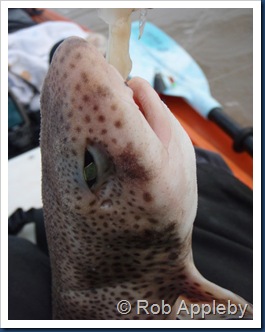 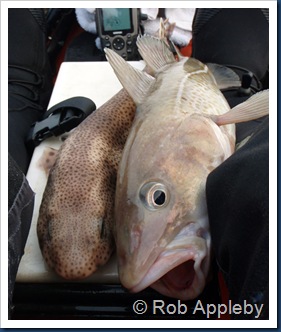 As the tide slackened the expected flurry of whiting activity failed to materialise, though the conger did begin to show. The first couple were small fish, though I baited up with a codling of about a pound with a single fillet removed. This proved quite successful bringing a couple of nice sized eels to the kayak. 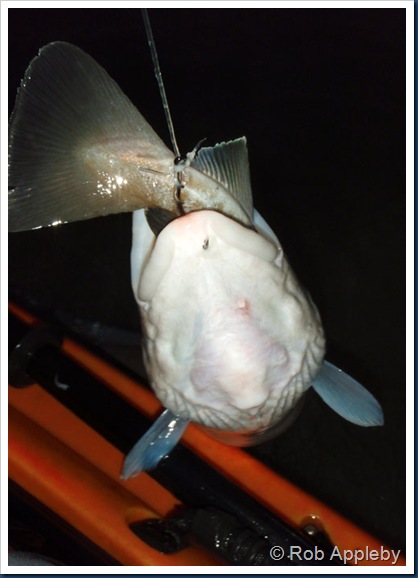 The other rod was still baited with squid and lugworm and it was registering a gentle tap, a sure sign of a conger eel. I tightened up and the rod bent hard over, for 2-3 seconds I thought I’d snagged the bottom. Though I felt the bump of a fish and then line started stripping from the reel as a good pace. I tweaked the drag though it made no difference. Settling into my seat I applied steady pressure as the fish ran hard, perhaps for 20-30 yards… then it was gone. Reeling in resulted in a comedy moment as a small codling of around 8oz was hanging on the hook. Clearly it’d been hooked earlier and had attracted a passing conger eel. I was rather disappointed as it had clearly been a cracking fish.

Still, fresh baits on and lines down. Small eels kept me busy during the slack water period. 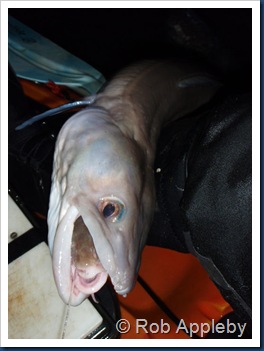 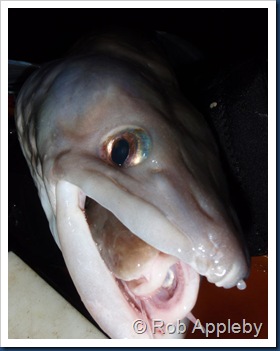 As the tide began to ebb the fishing went off the boil with only the odd bite here and there. I picked up a couple of small codling though it was pretty poor to be honest. The tide began to ebb hard and as expected was fairly fierce, pulling the anchor buoy under the surface. Weights were increased from 8oz to 12oz in order to hold bottom. About two hours into the flood one rod bent over, though it was a dead weight and was clearly weed. This extra drag caused my anchor to pull and I began to drift. I cleared the weed and tried to reset anchor, letting out my remaining warp in the hope of catching bottom, though it was all in vain. Jim was clearly having similar issues so we decided to call it a day. 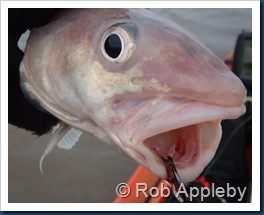 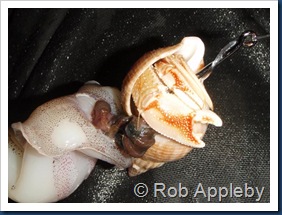 By this time the wind had eased considerably so with a steady swell behind us, and the ebbing tide to push us along, we headed back at a steady 5mph with next to no effort. Back at the slipway the catch was cleaned, again most of the fish were packed full of small crab. Jim hadn’t faired so well, though he had managed a codling and a thornback ray. 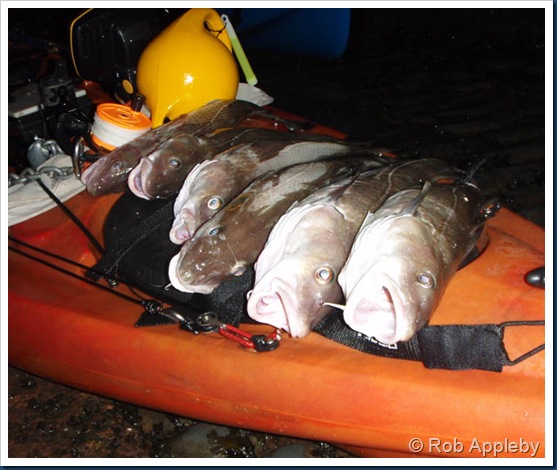 No complaints from me, despite the initial choppy conditions the weather improved throughout the session and there was a steady stream of fish coming to the kayak. Roll on the next session.

As usual a very good read Rob, that channel certainly gives you value for money.