The fins of the Hobie Mirage Drive can be upgraded with off the shelf upgrade kits supplied by Hobie. There are two options, the ST fin and the ST Turbo fin upgrade. The ST Turbo Fins are the largest fin offering increased torque, higher top speed as well as reduced peddling effort for a given speed. The ST Fins provide an improvement somewhere in between the standard fins and the ST Turbo fins. I’ve paddled Outbacks fitted with standard fins and ST Turbo fins and the difference in performance is rather large to say the least!. The ST Turbo fins also provide increased pedal resistance which I personally prefer. The Outback I received from the Hobie Centre came fitted with standard fins, though they sent me a ST Turbo upgrade kit in the post and I was eager to get my Mirage Drive upgraded ASAP!

The kit consisted of two ST Turbo fins, two new masts and a tube of Loctite. There was also a set of comprehensive instructions and the only tool potentially required is a set of vice lock pliers (Mole grips). 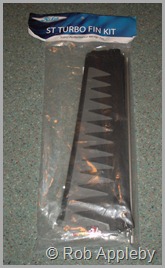 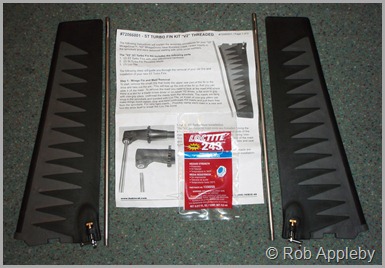 This kit was for the Version 2 (V2) Mirage Drive. The Version 2 was introduced in 2009 and has threaded masts as opposed to the V1 version whose masts were retained with a set screw. The Version 2 is easily identified by a V2 mark on the mast hole mount as shown below.

The first task was to remove the small split ring that retains the clevis pin that secures the upper rear part of the fin. Depending on the length and strength of your nails this is achievable without any tools, though a small instrument screwdriver or plier may prove useful. With the split ring removed the clevis pin can be pushed out and the fin will slide down off the mast. This process is then repeated for the other fin. 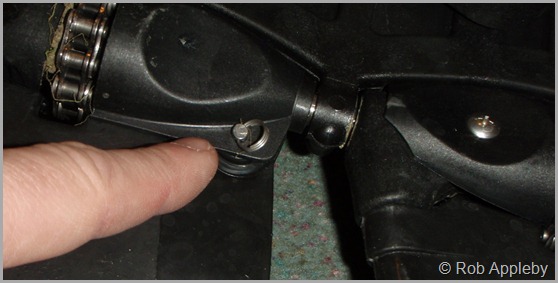 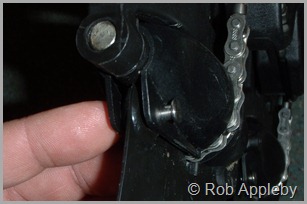 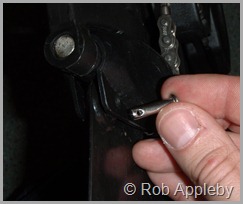 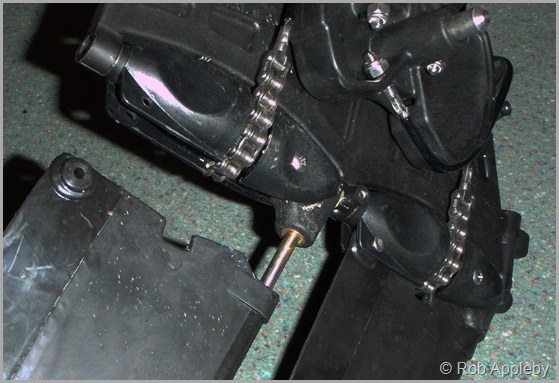 With the standard fins removed it’s interesting to compare them to the ST Turbo fins, the ST Turbo fins being considerably longer. They appear to be manufactured from a somewhat softer material. I’ve read that minor damage to these fins can be repaired using a soldering iron, always handy to know should the need ever arise. 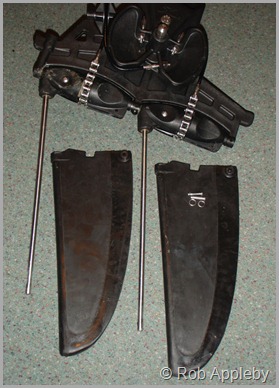 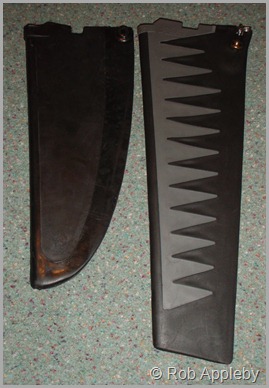 The next job was to remove the masts. These are tightly fitted into their sprockets and secured with loctite. The V2 masts have a flattened portion at the base of the mast to enable a pair of vice grips to be used to twist and unthread the masts from the sprockets. A little effort was initially required to break the loctite bond, though after that they unscrewed without issue. In a worst case scenario a vice may be required to aid removal. 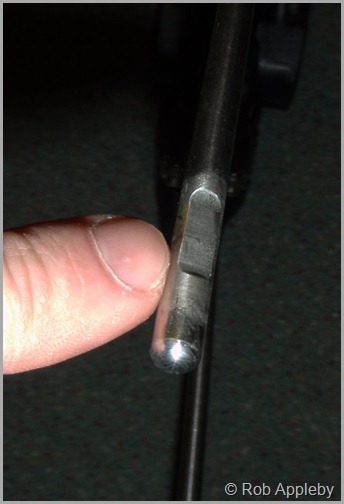 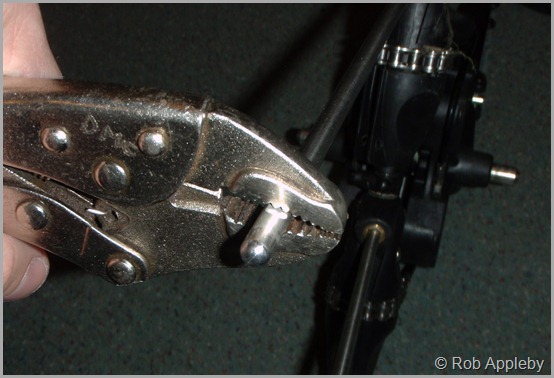 The ST Turbo masts are longer items and after applying a small amount of loctite the new masts were screwed all the way into the sprockets and seated tightly using the vice grips. 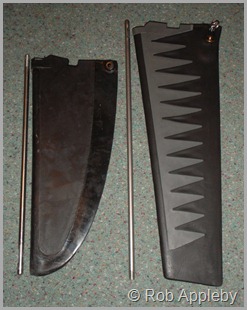 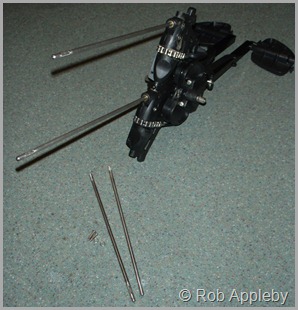 With the masts securely fitted the new ST Turbo fins can be fitted onto the masts. The ST Turbo fins feature a claw tension screw, once the fin is fitted this screw can be adjusted to ‘tune’ the performance of the ST Turbo fin. The split pins and clevis pins are best removed prior to fitting the new fins. 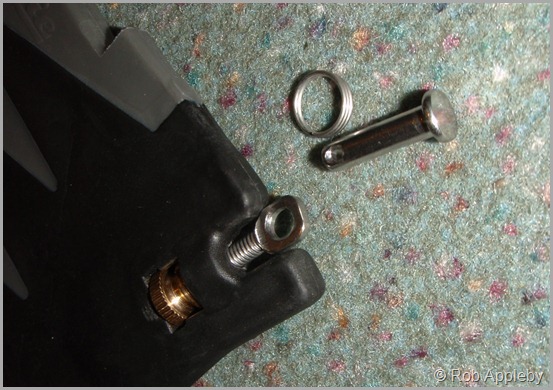 As the new fins are slid onto the masts take care to orientate the upper mounting block to allow the rear upper side of the fin to mate correctly and that the clew tension fitting aligns with the mounting block. 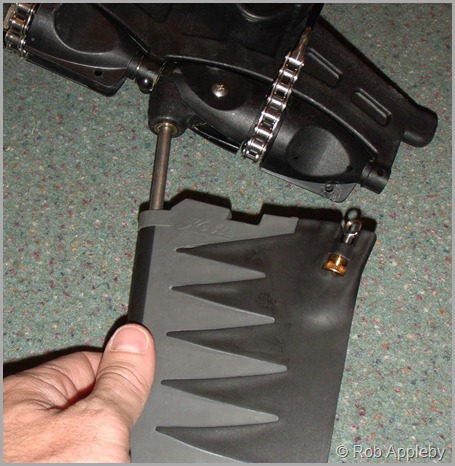 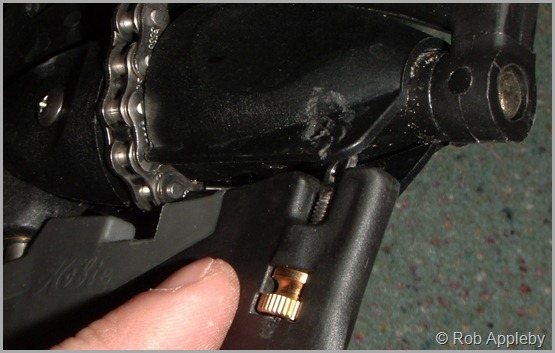 With the new fins correctly positioned the replacement clevis pins and split rings can be fitted into place. 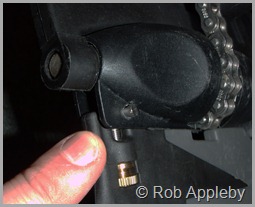 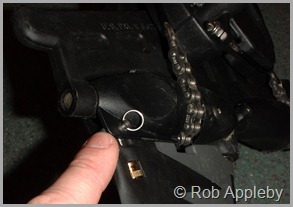 The claw tension screw can now be adjusted to suit the peddlers personal requirements. By having more tension in the fins they become stiffer and faster with more resistance on the pedals. With reduced tension the offer more torque and less resistance on the pedals. Turning the screw up towards the mounting block tightens the fits, turning it away loosens the fins. It’s probably worth looking on the internet regarding ST Turbo fin tuning as they are varying opinions on how these fins are best set.

The whole process from start to finish took approximately 30 minutes, I’ll take it out on the water this weekend to test the fins. I took GPS speed data whilst using the standard fins so I’ll be able to provide an accurate comparison. 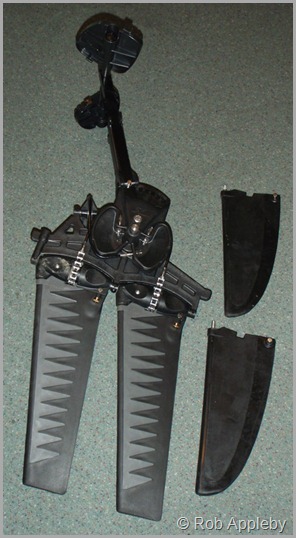 Here’s a video I found on You Tube that covers the installation, I saw little point in making a video when there are already several out there on the web. 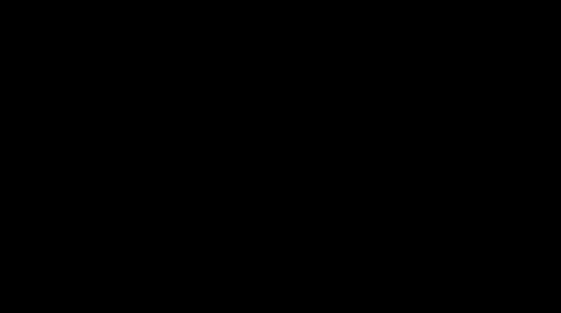 Video produced by HobieKayakTech
Email ThisBlogThis!Share to TwitterShare to FacebookShare to Pinterest