It’s fairly common knowledge that upgrading the rudder on the Hobie Outback is a worthwhile modification. The rudder is simply removed with a cross point screwdriver as it is held in place with six stainless screws. The upgrade involves fitting the Sailing Rudder. 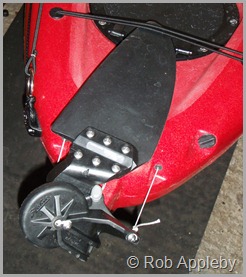 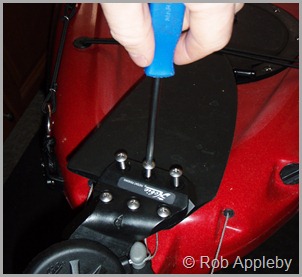 With the six screws removed the blade is detached from the rudder mechanism, it’s as simple as that!. 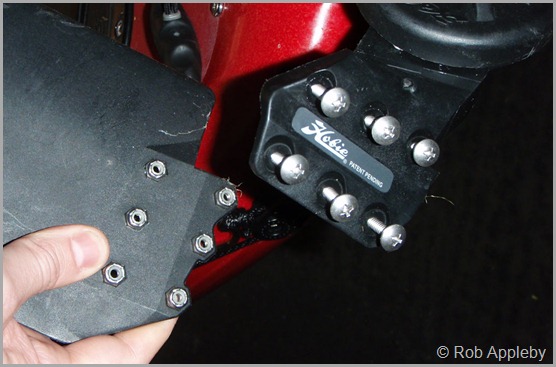 When I visited the HobieCat centre in Poole they didn’t have a sailing rudder in stock at that point in time, though one could have been ordered in. What they did have though was a sailing rudder that’d been removed from a Tandem Island as they’d recently been upgraded.

This rudder is larger than the Sailing Rudder, yet it is still a direct swap for the original factory rudder. See the photos below for a comparison. 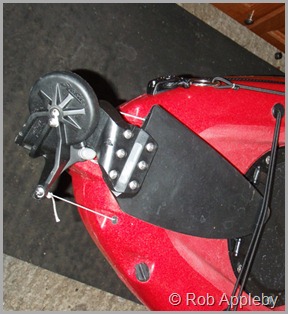 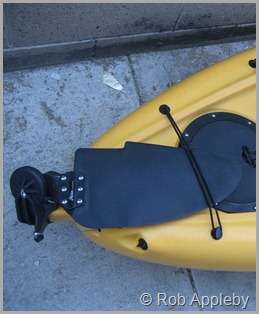 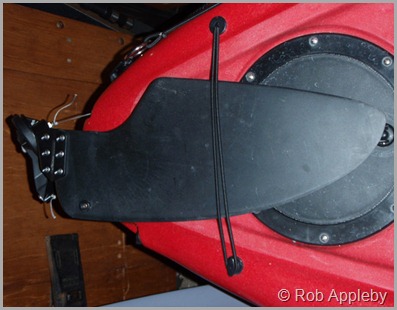 Despite being somewhat heavier than the standard factory fit rudder, it can still be raised and lowered without undue effort. It should be highly responsive and be able to maintain good contact whilst navigating choppier water. I’ve yet to test it afloat, though I’ll provide some feedback once this setup has been thoroughly trialled.

I decided quite early on that the TI rudder was just too heavy for the rudder mechanism. I didn’t like the creaks and groans when raising and lowering the rudder. I recently swapped the rudder over to Hobie’s Large ‘sailing rudder’ which is a nice compromise between the standard and TI rudder (see photo below) and has no overloading effects on the rudder controls. 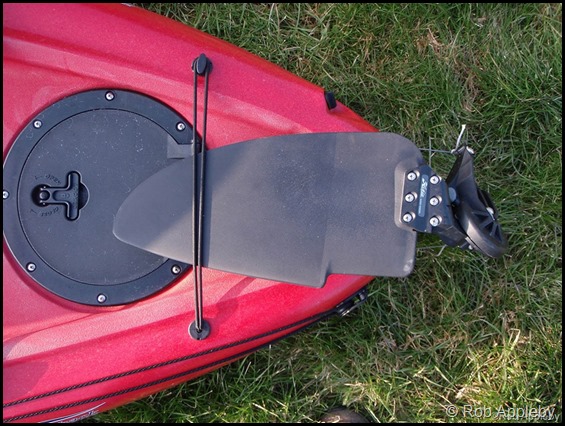