A few days ago I took delivery of a Hobie Livewell from the Hobie Centre and I took the opportunity to give the livewell a close examination! 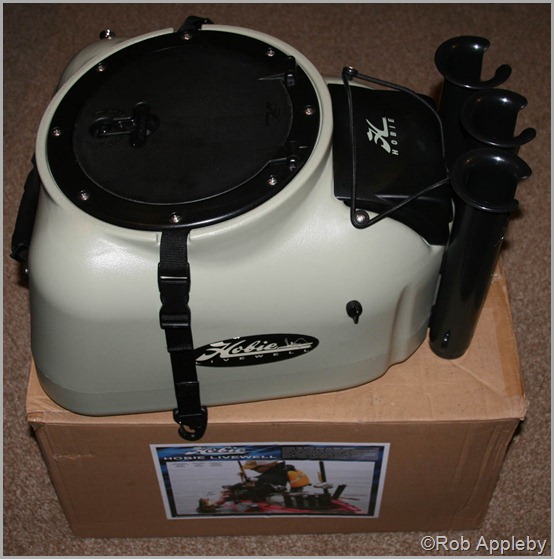 The basic specifications are as follows:

The livewell is custom designed to fit the current Hobie Mirage Outback, Sport, Adventure, Revolution, Pro Angler, Quest, Tandem Island, Oasis and Odyssey. Included with the livewell is a 6 Volt sealed Gel Battery, charger, instructions, down pipes (the Pro Angler requires the 7” pipe) and a ty-wrap! 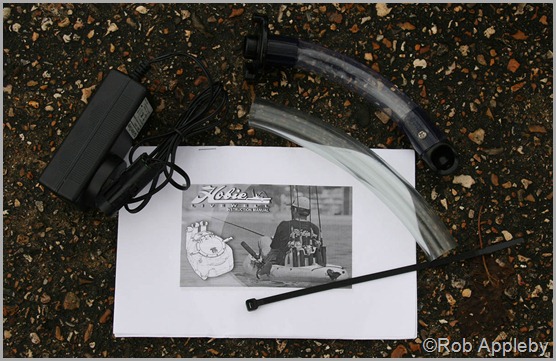 It’s fairly lightweight, weighing in at 3-4kg without the battery fitted. It’s ready to use straight out of the box with only the battery needed to be charged. Below are various external views of the livewell. 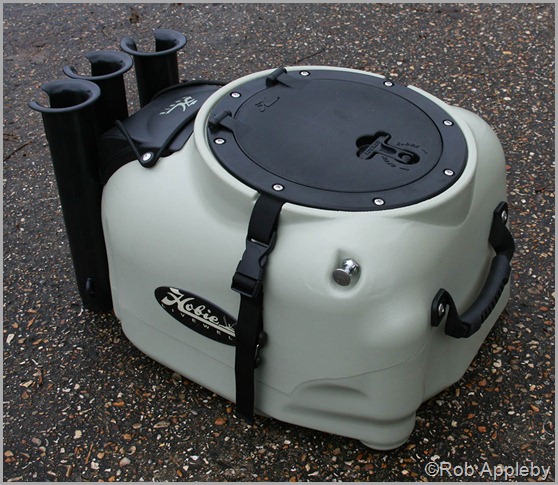 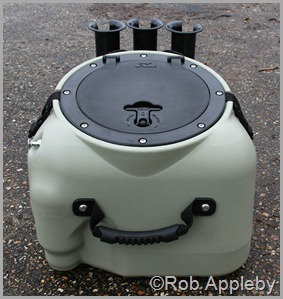 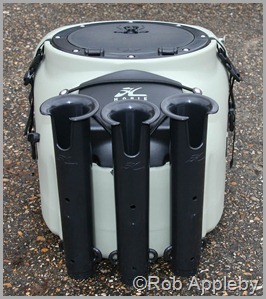 The livewell is fitted with three rod holders as standard with the provision to fit two additional holders if required. Access to the livewell is via the large 8” ‘twist & seal’ hatch which makes accessing and securing the livewell quick and easy. The hatch features a large rubber seal and it’s hinged which ensures that losing the lid whilst afloat is not a possibility!.

There are two adjustable securing straps which attach to existing fittings on a Hobie kayak. Personally I’d of liked to have seen four securing straps, though I’ve utilised a bungee cord for additional security which will be demonstrated in Part 2 of this article. There’s a carry handle on the front of the livewell, though with the 8” hatch open the livewell is easily carried in the upright position by holding it around the rear of the hatch opening. 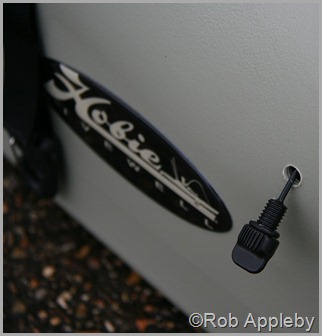 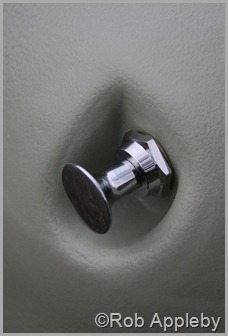 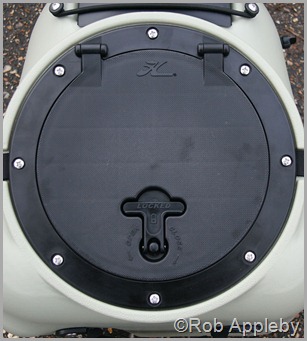 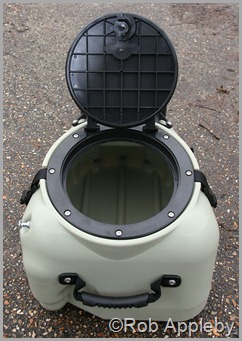 Once inside the livewell you’re able to view the Tsunami 500 GPH livewell pump and the overflow (discharge) tube. The pump itself is not a self-priming unit and requires the pick up pipe to be correctly orientated and the kayak to be moving forward at a decent speed – more on this later. 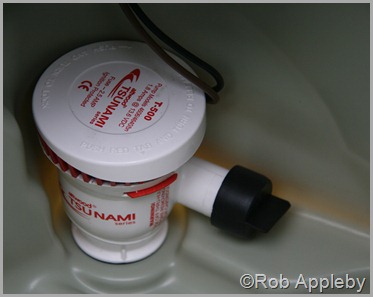 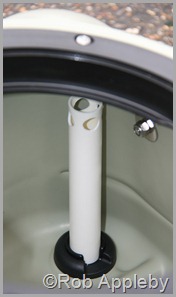 The brings me onto the power source, specifically the 6 Volt sealed Gel Battery. Hobie have used a 6 Volt battery to reduce the speed of the 12 Volt pump whilst increasing the battery life. With a fully charged battery, the pump can run continuously for over ten hours. The livewell comes with a 6 Volt battery charger and the initial charge takes several hours. The charger itself shows an orange light when charging which turns to a green light once the battery is fully charged. The battery connections are environmentally sealed, though if the battery is not fitted I’d advise covering the electrical connector on the livewell to prevent water ingress and potential corrosion.

The battery is positioned at the rear of the livewell beneath a plastic cover which is secured using bungee cord. 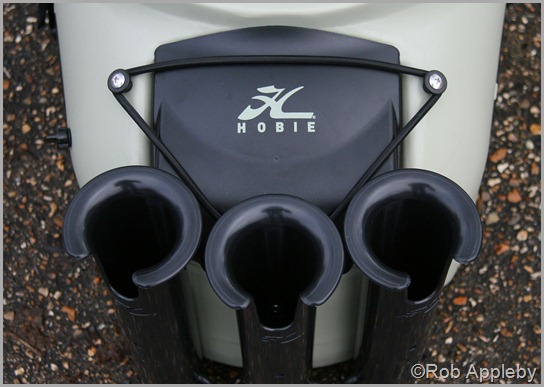 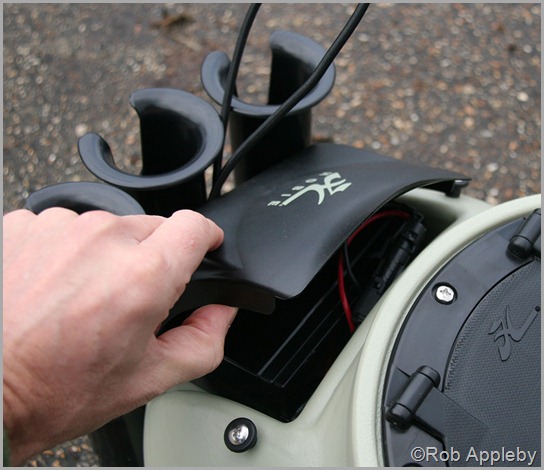 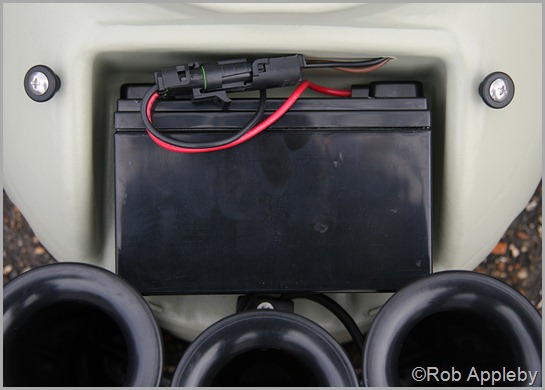 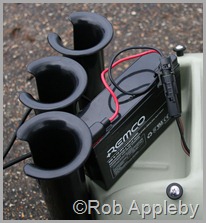 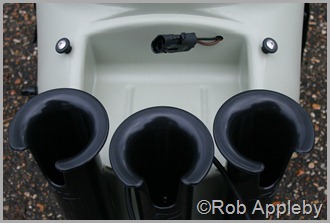 The battery is easily removed and fitted in under a minute. The livewell will mainly be used for dry storage and the battery will not be fitted unless required. In Part 2 I’ll look at mounting the livewell to the kayak as well as potential design problems and how they can be overcome.