CHIRP sonar – how it works!

CHIRP sonar has started to make an appearance in the recreational sonar market over the past few months. Though it’s worth pointing out that the technology has been around for many years, initially used in radar applications. Sonar is effectively underwater radar, using low frequency sounds waves as opposed to high frequency electromagnetic waves. 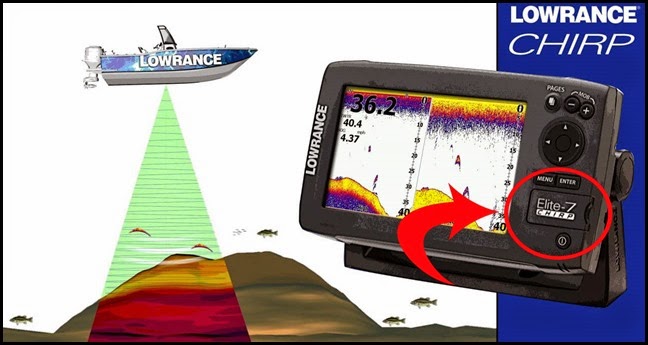 All of these statements are true enough, ultimately it’s all about target resolution, or in simple terms, the ability to see targets that are close together that would appear as a single return on standard sonar. However, when it comes to explaining how this technology actually works, the sales blurb is often conflicting between manufacturers and often quite incorrect. This is then interpreted by anglers resulting in some interesting explanations. I’ve heard a variety of explanations over the past week as to how CHIRP actually works, though I’ve yet to hear one that is correct!

Ok, it’s easy for me to pick fault as I specialise in radar, sonar and communications systems, I’m currently teaching these subject areas to Naval technicians since retiring from the military last year. Hence I’ve decided to put together a what I hope is a relatively simple explanation as to how CHIRP works. CHIRP stands for Compressed High-Intensity Radar Pulse. Though first let's start with a basic introduction to the more common pulsed sonar as this is what most of us have fitted to our kayaks. This systems transmits on a fixed frequency.

Standard pulsed sonar works by sending out a pulse (ping) of sound energy and then listens for its corresponding echo. From this is works out distance as well as several other factors and process the information onto a display.. simple enough. 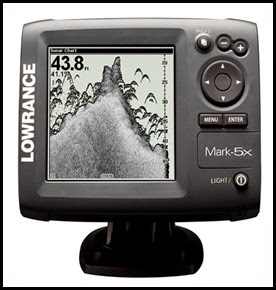 This technology works just fine, though it does have some drawbacks. The transmitted pulse actually has some width to it, though it’s very small indeed!. As can be seen in the animation above, the pulse will create a returning echo when it reflects of a target. This could be fish or structure. There are two echoes in the animation, one for fish and the other for the seabed. These two targets are far apart, though issues are created when targets are much closer together.

Targets close together will all reflect a sonar pulse, though unlike targets that are far apart, these echoes will overlap. You’d encounter the same effect should two people shout at a cliff face that permits the creation of echoes. Stand them side by side and have them shout their names together and the corresponding echoes will overlap. However, move one person 50m further away from the cliff face and repeat the test. Both people will shout their names together, though the echoes will be heard separately.

Below shows a transmitted pulse of a single frequency (traditional sonar) that has encountered two targets close together. Two echoes have been produced, though it can be seen that these two echoes actually overlap. As the frequency is identical in each echo, the two echoes effectively combine into one. The resultant being a single return on the fish finder display when it’s actually two targets close together. This could be two fish (or more!), or perhaps a fish close to the seabed. In the latter example, only the seabed would be shown.

However, this is where CHIRP operates differently. the transmitted sonar pulse is not a single frequency, it’s a spectrum of frequencies, increasing from a lower to a higher frequency during a single pulse. The two pulse types are shown below.

The two types of sonar still transmit and receive in the same way and if they encounter targets that are close together they will BOTH produce overlapping echoes. However, it’s the nature of the overlapping echoes that’s different!. The image below shows overlapping CHIRP pulses. Ignore the ‘filtered received signal’ for a moment.

The sonar receiver now uses a method called ‘pulse compression’. When the echo pulse is received the lower frequency part of the pulse arrives first, with the rest of the pulse increasing in frequency. What effectively happens is that the lower frequencies are slowed down, thus permitting the higher frequencies to ‘catch up’. The result is a narrow pulse with higher power as shown below.

The blue waveforms beneath this compressed pulse are some of the frequencies that are actually contained within a CHIRP pulse. As mentioned earlier a CHIRP pulse is made up of many of frequencies, thousands in fact!

So what’s so great about being able to compress an echo pulse??. Well when echo pulses overlap, compressing the multiple returns can separate these overlapping echoes and highlight these multiple targets (increase target resolution) as a result. Below are two images depicting the result of pulse compression on two overlapping targets.

So that’s CHIRP is a relatively small nutshell!, improved target (fish/structure) separation. I’ve been using CHIRP lately on my Lowrance HDS7 Gen3 and initial results are very encouraging. I’ll provide a detailed review of the unit in a few weeks time, once I’ve had a good play with the Structure Scan.
Email ThisBlogThis!Share to TwitterShare to FacebookShare to Pinterest