For the past year or so I've used a pair of ABU 6500 C3 multiplier reels for kayak fishing. They're quite small, though have a good capacity when loaded with 30lb braid over some nylon backing. They've handled fish up to 20lb with ease, all in all a great little reel.

The only thing I could pick fault with was the drag, it's not that it wasn't effective, more the fact it needed tightening down quite hard before the drag pressure noticeably increased. This was a sign that the washers were somewhat worn, not too surprising after all the smoothound action of 2008 !

A popular upgrade is to fit 'smoothie' washers, not something I've done before but accessing the drag washers is a simple enough task. I've broken down the process and documented it below. 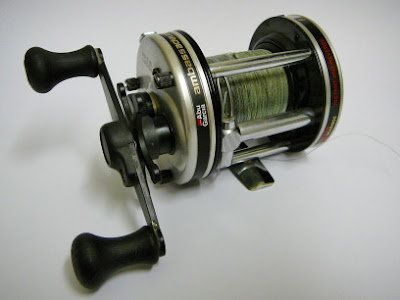 
The reel is first split into its three main constituent parts (side plate, cage & spool) by undoing the three knurled screws. The drag is located inside the side plate housing the handle.


Unscrew the plastic cover and remove it from the reel handle. Remove the nut from the side plate followed by the handle, the silver handle tensioner can also be removed. Unwind and remove the star drag adjuster. 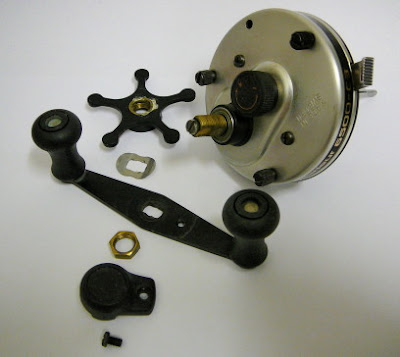 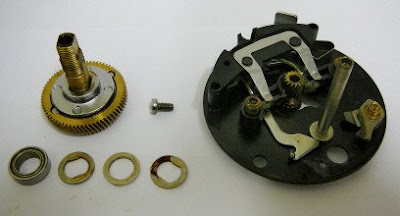 The photo above shows the bearing removed (though this may remain in the side plate housing which is not a problem) along with two spring washers and a thrust washer. Correct re-assembly will be covered later in this article, though take note of how the parts are assembled and lay them out in a corresponding order.


The drag assembly can be broken down as shown below, the drag disc sitting within the main gear ring will also require removing. All the metal parts shown below need cleaning with either white spirit or petrol in order to remove and oil and grease that may be present. 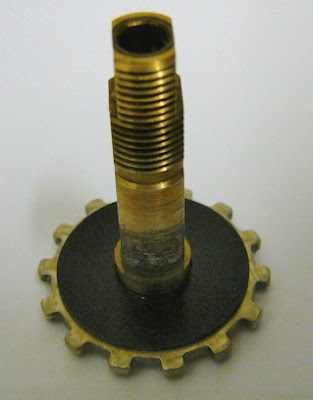 The main gear ring can then be slid down the drive shaft, followed by a single replacement drag washer, grey side up. 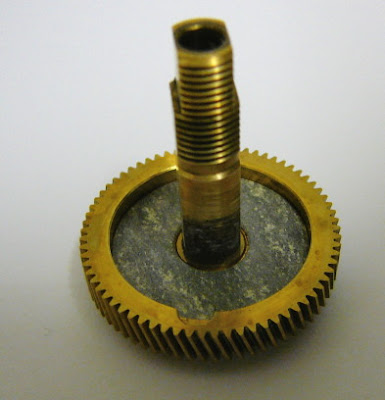 Next comes the metal washer. Make sure all of your metal washers are nice and smooth on both sides. If they feel rough or show signs of wear they are cheap to replace with original ones or smoother aftermarket ones. 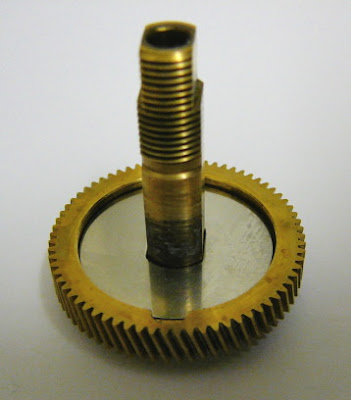 Followed by another replacement drag washer, again grey side uppermost. 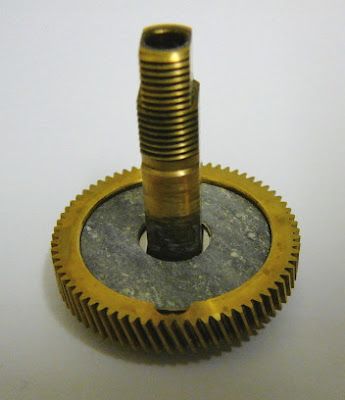 Next to be fitted is the metal washer with 'lugs' on it. Locate this correctly in the recesses within the main gear wheel as shown below. 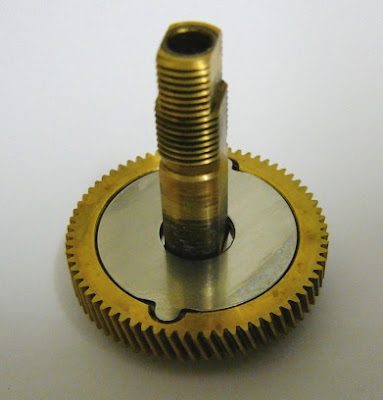 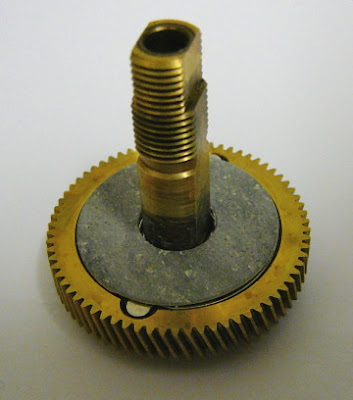 Next comes the top metal washer as shown below. 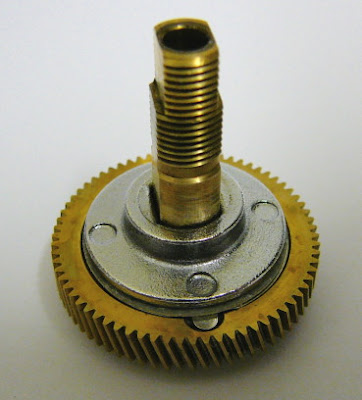 Next fit the two drag (spring) washers, the first one is placed on 'curved up', with the second one being placed on 'curved down'. If removed originally, the bearing assembly can be re-fitted at this point. It's also worth added some reel grease to the shaft as shown. 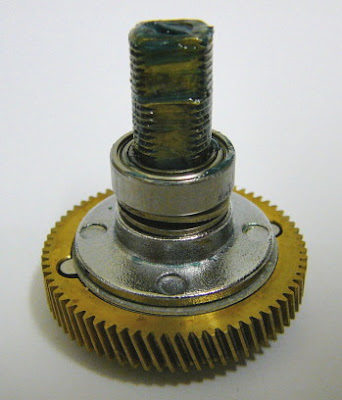 The completed drag assembly can be refitted to the side plate and secured with the flat head screw.

Align and sit the side plate on top of the other plate. When lined up it should fit perfect with no pressure needed. Refit the two screws that secure the side plate.
The thrust washer (4th photo, 3rd from the left) is slid onto the handle shaft where it sits against the shaft bearing. The star drag can now be wound back onto the shaft. 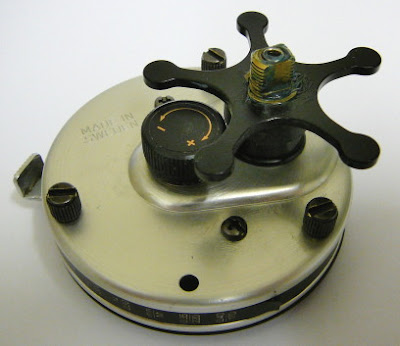 The silver handle tensioner slides onto the shaft in the curved up position followed by the handle.


Tighten the brass nut over the top of the handle. Pay attention to the nuts position. Once you have it tightened you want one of the points of the nut aimed at the screw hole for the plastic cover and it will be in the correct position for the plastic cover to fit correctly the first time. 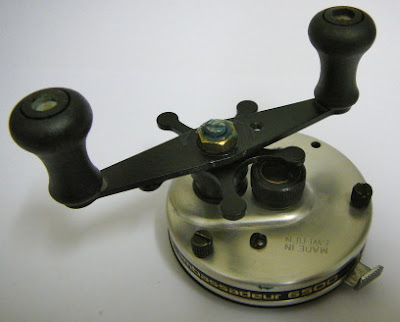 Replace the plastic cover over the handle and tighten the screw down. That's it, job done !.
Re-assemble the three main parts of the reel, making sure your 2 little brake blocks (white in this reel) are slid all the way in as they have a tendency to catch when re-attaching the end plate. 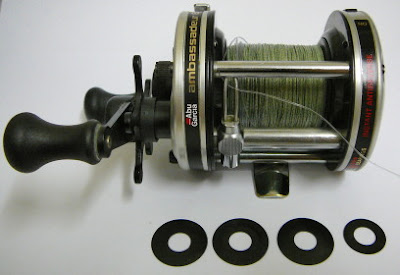 On inspection, the original washers turned out to be badly worn, highly polished instead of having a certain amount of texture to them. The washers are cheap to buy and the job takes an hour at the most. Well worth the effort and the difference is immediately noticeable, a great improvement.
As to how long they will last, only time will tell. They'll certainly be taking some abuse this summer, especially during the smoothound season. Hopefully they'll live up to the hype.
Please feel free to comment.
Email ThisBlogThis!Share to TwitterShare to FacebookShare to Pinterest