Despite the fact that plaice have started to show in ever increasing numbers, the local fishing is still rather slow at this time of year.

However that's not the case in other areas of the UK where the fishing can be pretty good. The solution was easy, load up the car and get driving. Myself and my yak fishing partner headed back over to Essex, meeting up with several more local fisherman for a day on the water.

Despite an early start, a long drive with some socialising on arrival resulted in us not launching until late morning. What a cracking day, a clear sunny sky with temperatures up to 14 degrees!. At one point it was getting rather warm hence I welcomed a cool breeze that made a short appearance, not bad for March!. A total of eleven yaks were fishing, spread around over a few hundred yards. Bait was the cods favourite, whole squid tipped off with lug rigged onto a simple running ledger.

The fish obliged within minutes, and whilst the tide was flooding the action was fairly constant, only easing off as the tide peaked. Whilst pre-Christmas fishing can regularly produce fish up to 7lb, the spring run comprises of smaller fish in the 2-3lb bracket. However, listening to the charter boats on the radio the odd larger fish was been taken, up to a cracking 9lb. 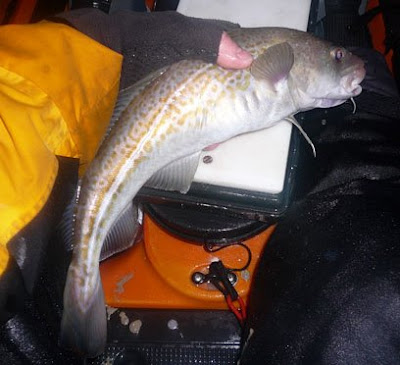 Though the peak had passed a day or two earlier, the spring tides were still quite large. The tidal flow was quite strong, surprisingly, strongest on the ebb. The result of this being the codling were giving an excellent account of themselves, allied with light tackle, great sport. Slack water coincided with a flurry of pouting activity, not the most welcome of fish, though when the fishing is slow it passes the time. 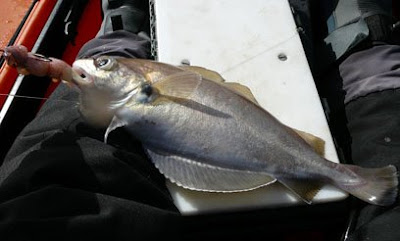 Thankfully as the ebb tide picked up so did the fishing. If anything the fishing on the ebb surpassed that of the flow with a steady run of fish. However, I lost count of how many fish were lost on the retrieve. A combination of a strong spring tide and strong head-shaking from the fish resulted in many fish breaking free, but hey, that's fishing!


I rarely keep fish, the odd one here and there. Though it's very rare that I have the opportunity to bag up on cod, plus my freezer needed restocking. Once dispatched I put the fish on a stringer, keeping them fresh in the water. 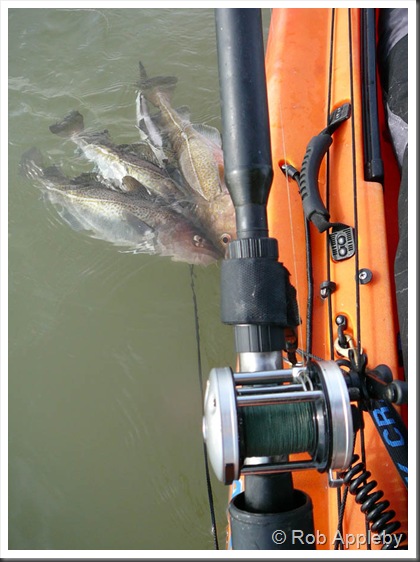 We fished into the sunset and on into the night. When you've travelled far and the fishing is good it's sometimes difficult to call it a day. Despite having caught sufficient for the freezer we fished on to use up what little bait was remaining. I caught around 40 fish, over half of those were returned with the better specimens and smaller deep-hooked fish being retained. 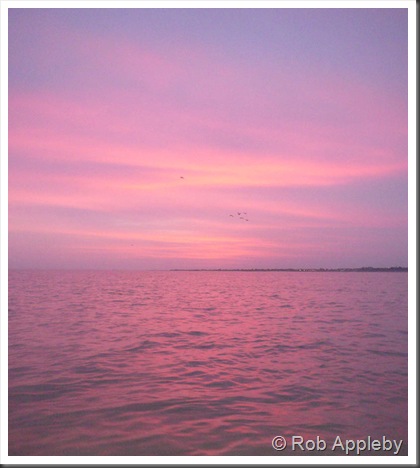 By the time we called it a day and recovered our gear is was dark. A steady 20 minute paddle took us back to the launch point where despite being exhausted our gear was stowed and we started the 3 hour journey home. 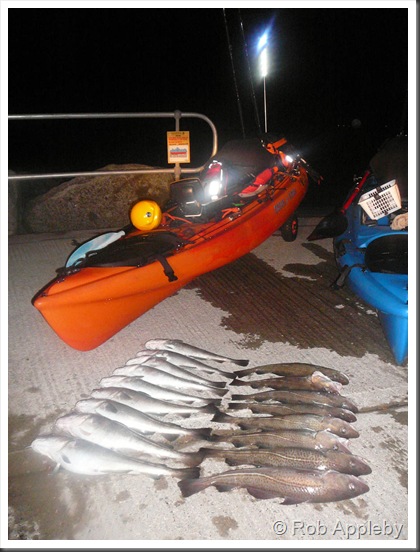 An absolutely cracking session with plenty of action. Due to the distances involved I rarely get to make this journey, quite probably my last one before the fish move on until the winter returns. 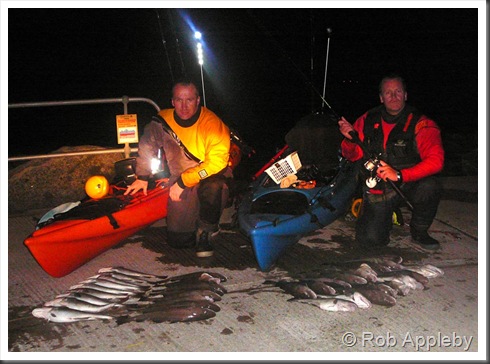 The next couple of months cannot pass quickly enough for me, what with the expected arrival of mackerel, bass and Smoothounds in May, it promises to be a great year.
Please feel free to comment.
Email ThisBlogThis!Share to TwitterShare to FacebookShare to Pinterest