Rigging a drogue for the kayak

If there’s one thing that absolutely spoils my fishing experience, it’s finding yourself anchored up trying to fish in a wind over tide situation. A slight headwind of 5-10mph blowing either directly towards the yak, or at an angle to the nose will swing the yak away from the run of the tide. Depending on the strength of the tide flow I’ve found myself a right angles to the tide with my lines coming over the yak. If fishing two rods the lines end up lying together, the likelihood of a tangle of the terminal gear being much increased. I also never seem to catch anything when anchored with a head wind pushing me well to one side.

The solution would seem to be a drogue. I’ve seen a couple of my friends anchored up with a drogue deployed. Even with a side wind the tidal flow keeps their yaks anchored firmly in the down tide direction (obviously that’s when anchoring from the stern!)

I purchased a drogue early last year, though on getting it home it was clearly too small for the task in hand and that project never progressed any further. However, last week I picked up a far better drogue, about 19” in diameter constructed with a cotton mesh outer and a nylon inner guide to prevent it spinning in the tide. 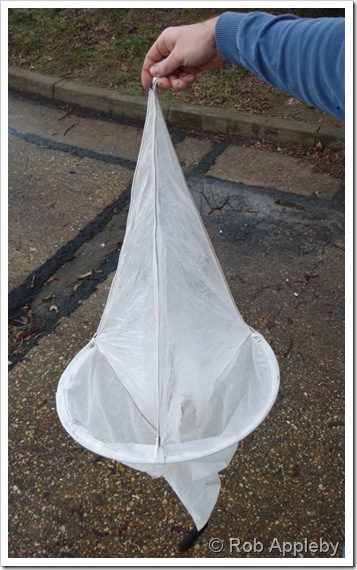 Once deployed the rope to the drogue is going to need securing, preferably quickly and easily. I decided to use a cam cleat mounted up front to achieve this. The rope only needs raising in order to release the rope from the cleat when the time to recover the drogue arrives. 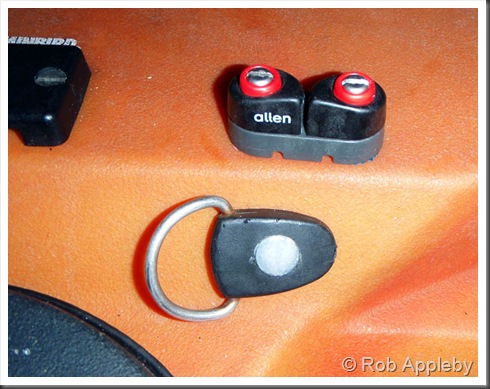 Just below the cam cleat is an existing D-ring. I use this the clip the GPS leash in the event that it becomes unseated from its cradle. After all, the thought of over £200 of GPS going over the side isn’t too appealing! 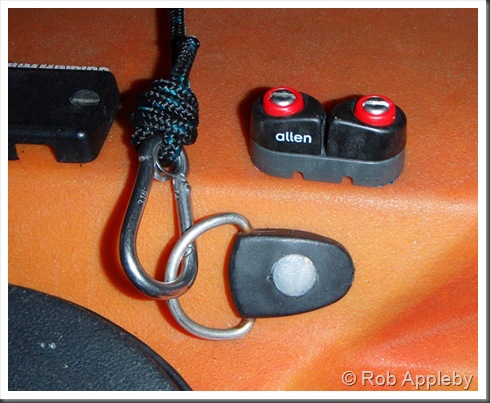 The hoop of the drogue collapses quite easily, it allows you to take several loops of line and hold it alongside the collapsed drogue. This can then be thrown 5-6m ahead of the kayak, retrieving it slightly to position the drogue, prior to locking it off at the desired distance from the kayak. Due to the fact it collapses easily, I decided to rig a simple securing strap, thus enabling me to secure the drogue and rope up front so it’s ready for immediate deployment, or simply to allow quick stowage when moving from one mark to another. 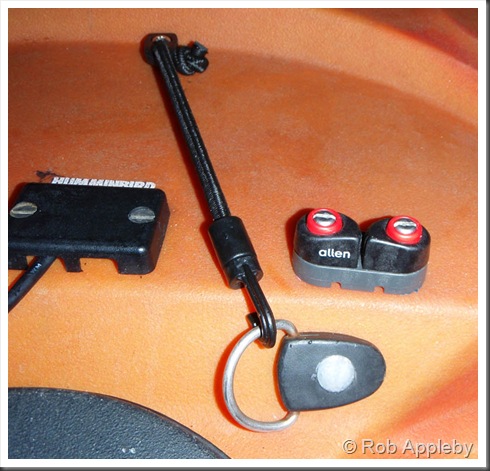 It’s take a matter of 5-10 seconds to collapse the drogue and to secure it to the kayak as can be seen below. 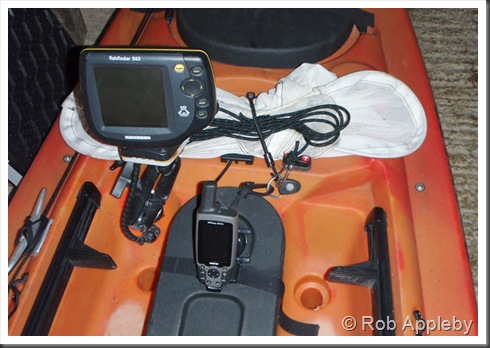 As previously mentioned, deploying the drogue is simplicity in itself, bundle it together with some coiled rope and throw it forwards. As it’s currently rigged I can leave it locked by the cam cleat and secured to the D-ring as shown below. 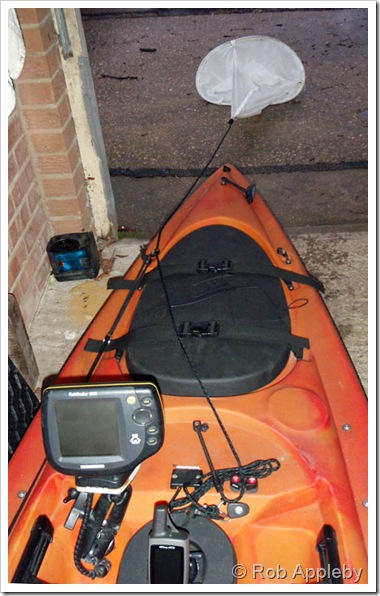 The other option is to bring the securing rope carbine further after and clip it to the pad eye directly aft of the centre cover, the latter giving even easier access when it’s time to recover the drogue. 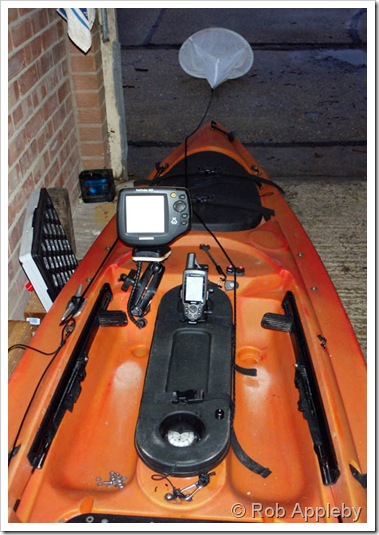 To position the drogue I’ve fitted a stainless steel carbine hook to the upper line of the anchor trolley. It works in the opposite sense to the carbine hook on the lower line, i.e with the lower carbine fully back for anchoring, the upper carbine is fully forward for deploying the drogue. 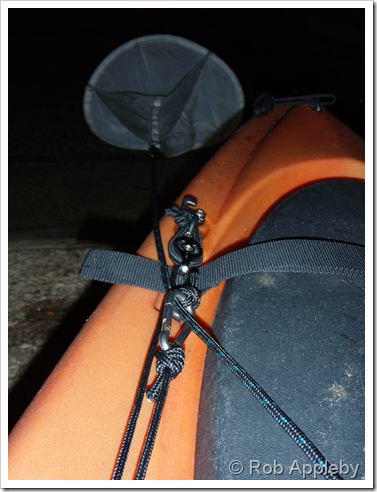 Should I hook into a decent fish and fouling the drogue becomes a concern, through drogue can be quickly retrieved as far as the carbine hook, adjacent to the kayak, effectively out of harms way. 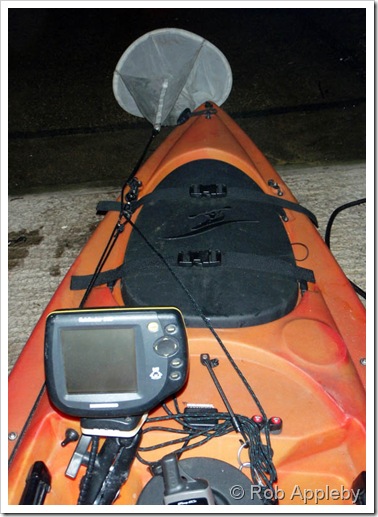 So there it is, I can carry the drogue in the Yakmate until required, or keep it secured up front ready for immediate use. Locking off and stowing is dead easy. I’ve just got to use it in anger now.

Nicely done. That is on my "To Do" list as well. I'm even pushed up river currents some times.

i like it rob. where did you get the drogue?
gerry