The weather forecast was looking pretty good today, so I decided to take an impromptu trip up to the Bristol Channel. I took the few packets of mackerel left over from my recent tope trip and I was soon rigged and eager to launch. 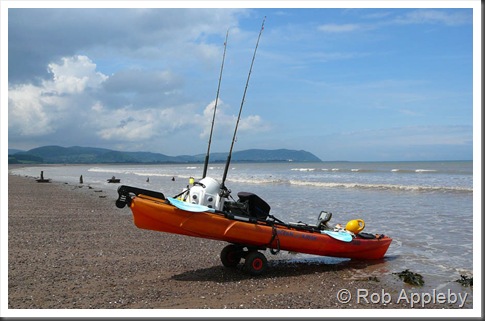 I fished my regular mark using two sets of running ledger baited with full fillets of mackerel. The action was almost immediate, though this turned out to be the result of a Dogfish being present in plague proportions. Baits were being stripped in very short time, often within moments of being cast out. This was terribly frustrating as not only was I getting through my bait at a high rate of knots, it limited my chances of catching something decent.

There was a light north easterly breeze which pushed the kayak across the tide making fishing a little awkward. I deployed the drogue and the kayak immediately swung back into the tide. 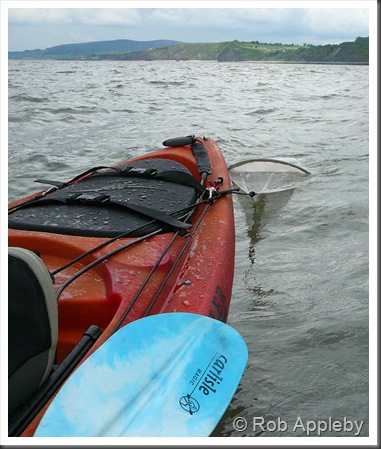 There was a brief break in the dogfish activity when a small Bullhuss made an appearance. A first from this location and it was a most welcome. 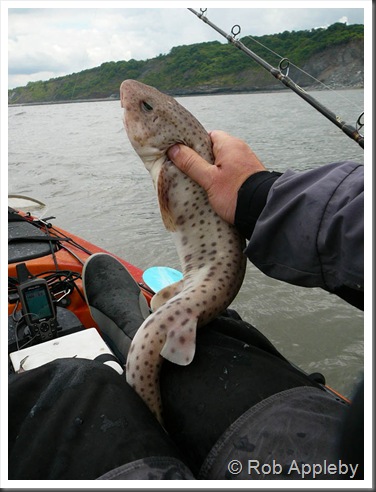 The rod tip started to knock quite heavily, a sure sign of conger activity. Sure enough a small conger had taken the bait, another species for the session and again it made a welcome break from the dogfish. 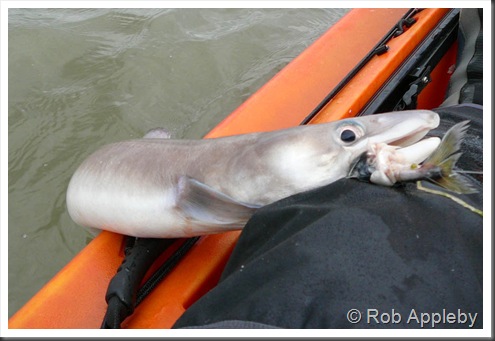 Another two Conger Eel came to the yak, not large fish, the biggest pushing towards 15lb, though in the running tide they provided pretty good sport.

The final species for the day was a reasonable sized Thornback Ray. I thought it was something much larger, though it was clearly taking full advantage of the tide flow. I wasn’t complaining though, species number four and it came towards the end of the session. 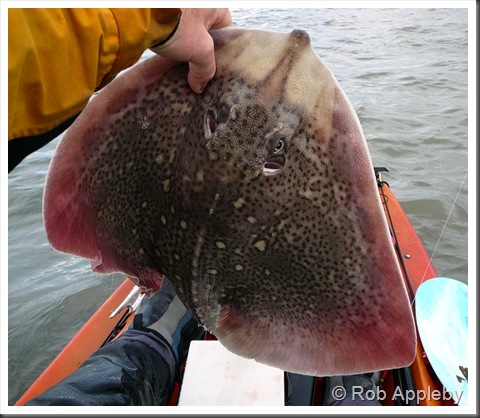 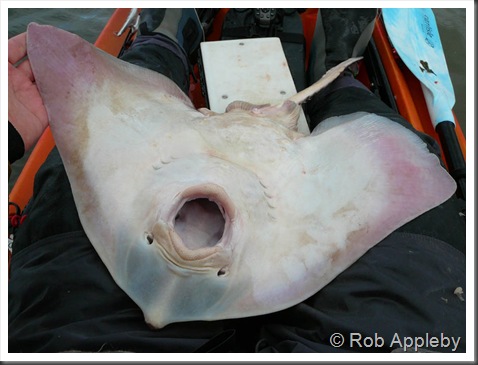 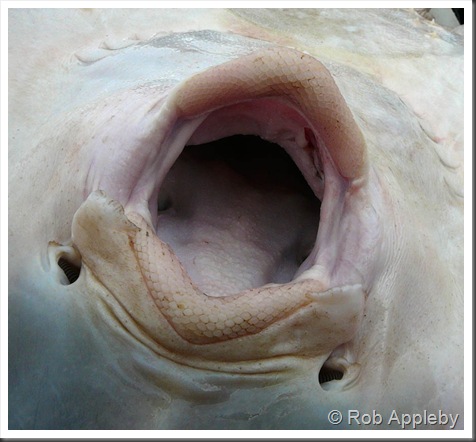 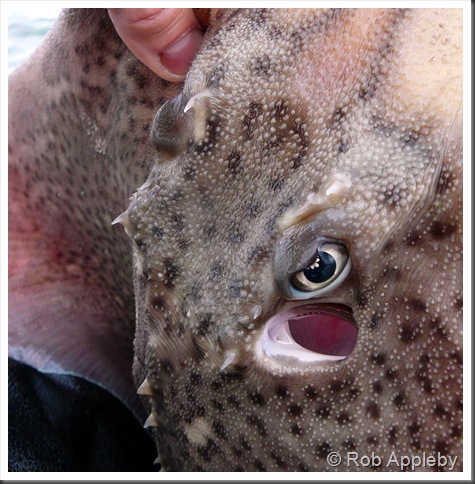 Despite the plague proportions of Dogfish, a few species came to the kayak. Nothing huge, though I honestly didn’t expect to get past the Dogfish, so in that respect I’m not complaining.

The last two trips to this venue has highlighted an large increase in the amount of Dogfish, to this end I’m intending to try a couple of new venues over the next month, hopefully it’ll result in some new species too.

Another scorcher. Bull Huss, Thornback, Eel and Dogs in one session? 'Sounds like an absolute blinder! Congrats :)