For the previous couple of dozen fishing trips I’ve endured a minor electrical problem. The marine two pin plug and socket that connect the battery to my main electrical loom had seen better days. I first installed this setup around 4 years ago, basically my battery is sealed in a ‘food container’. The container itself has been dropped once or twice and sported a couple of hairline cracks as a result, nothing a little glue didn’t cure. However, the brass pins started to turn green with verdigris between trips, though it’s easily been removed with a nylon scouring pad.

I regularly applied small amounts of dielectric grease to the connections, though I have to admit I’ve slacked somewhat with this over the last year or two. No doubt when cleaning the pins microscopic amounts of metal are removed each time. After many cleaning sessions they’ve lost sufficient metal to become a slightly loose fit in the socket. This has been my problem, nice clean pins and sockets, though I’ve really had to wiggle the connection to make the circuit. My biggest concern was the connection failing whilst night fishing.

Anyway, I’ve just returned from three months abroad and as much as I’m itching to hit the water within the next few days, I’m taking some time to tidy up some minor niggles. The battery connection was top of the list!

Below are some pictures of the plug and socket connectors. They’ve been sat for three months in the garage, so look rather worse than they normally would in between weekly fishing trips. 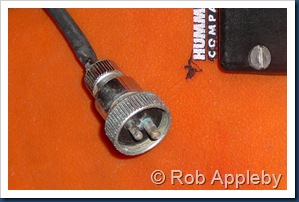 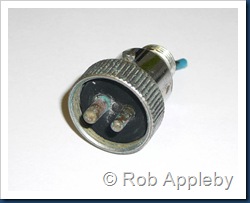 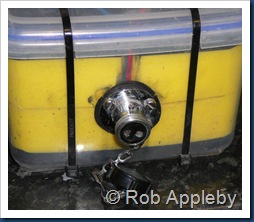 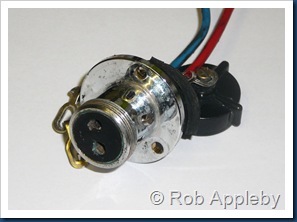 A new marine plug and socket was sent via mail order for around £12. I popped into the local store and picked up a new ‘battery container’ for around £3, nothing particularly specialised.

The old socket was simple snipped off, wire stripped back and connected to the new item. A few smears of sealant ensuring no water can track up into the connector. The new container was drilled to suit the shiny new socket, again with the aid of some sealant it was back together in minutes. 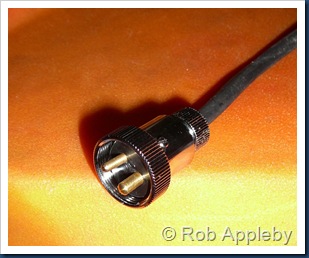 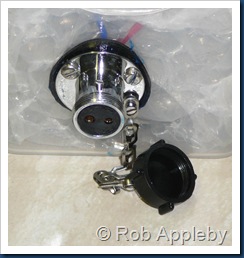 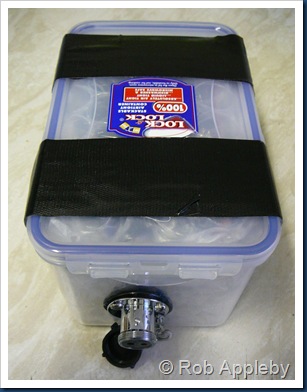 I’m sure I could have struggled on for a few more weeks, though with the temperature plummeting the the nights become longer it just wasn’t worth the hassle nor the associated risks. The previous setup lasted approximately four years and over two hundred saltwater fishing trips, so I can hardly complain. I’ll try and be a little more vigilant with regards to keeping the pins greased up, hopefully it will last another four years or more!

Rob, FYI, I've used a simple automotive product called "Battery Terminal Protector" made by CRC on all of my electronic terminals as well as the truck battery postsinstead of dielecric grease. It's red colored and oil based. Sprays on. Works great on my UHF radio terminals as well.

Hi Mark
that cetainly sounds interesting, I'm off to track it down and read up on it.