Windy and slow – but it’s all fishing!

I’d hoped to fish a local competition this weekend, though study commitments ruled that one out. The only opportunity to wet a line was Friday afternoon and the weather forecast was most favourable. Light north easterly winds between 8-10mph was going to mean an offshore breeze for the chosen location.

I collected some fresh ragworm from the local tackle shop, this complimented the squid and mackerel that came from my freezer. I was on scene and rigging up by about 1330, ready to launch thirty minutes later. Sunglasses were needed, perhaps we may have a summer after all!. I’d met up with my fishing buddy and I was soon peddling out to locate him on the water. Once a little offshore it was soon apparent that the wind was stronger than forecast, blowing a steady 15-20mph most of the time. It was still offshore so the resulting chop on the water was fairly minimal.

There was a yacht race taking place further offshore, we were well clear of the traffic, though it did provide something to look at for a time.

It’s fair the say that the fishing was particularly slow, I don’t think that either of us registered a bite for the first hour or so. Slack water occurs at this mark at around two hours before high water and I wasn’t expecting any action until the tide started to pick up. I’d also taken a small spinning rod rigged up with Sabiki’s. A week or two earlier at this location I’d seen a lot of shoaling fish moving through so I was hopeful that I may pick up an early mackerel or some herring. 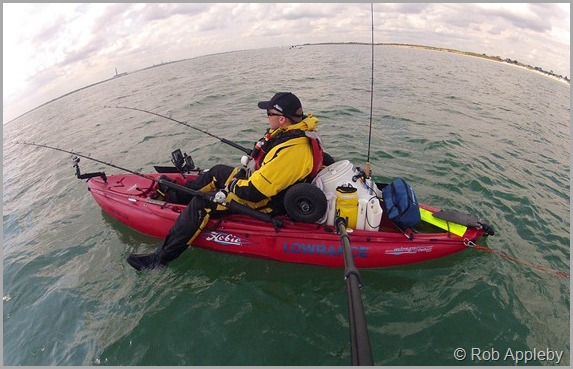 I’d collected my repaired Shimano 6-8lb Beastmaster rods from my local tackle shop earlier in the day, I really do enjoy using these rods for light fishing. I’d had a total of 5 cracked rings replaced, a result of dropping both rods in a four week period, ouch!.

I finally tempted something to the bait and found myself playing my first fish of the session. It was clearly a ray and put up a good fight, though this may be also had something to do with the line being wrapped around its tail. It’s always pleasing when the first fish comes aboard, time to relax and not worry about going home with a blank score sheet.

It was no monster, measuring in just under 55cm which put it around 7-8lb. However, it was over the qualifying size for the Kayak Wars competition so that was a few points in the bag for my team, great stuff. 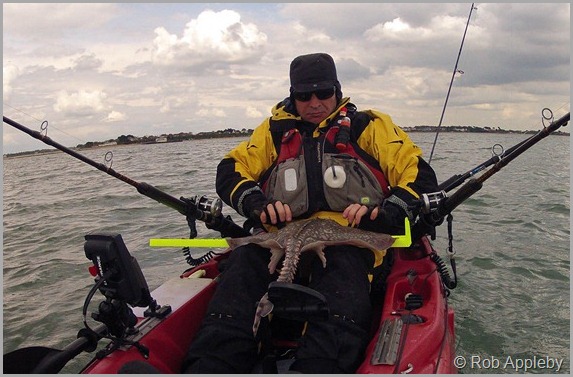 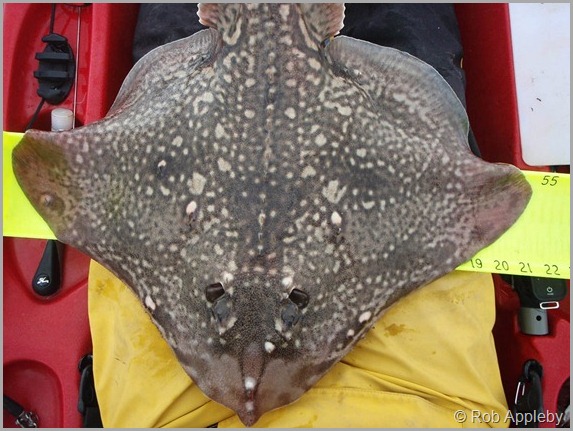 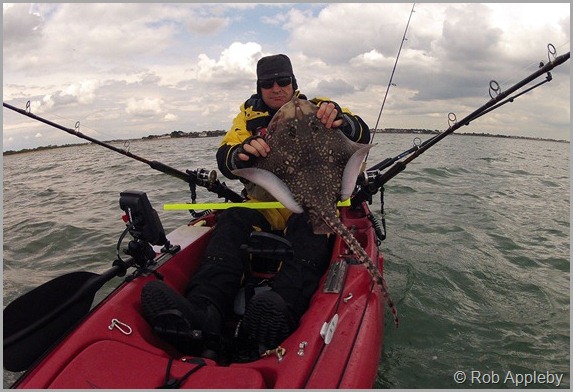 Trying to get a ray to lie flat on the measuring board requires a little patience at times!. With the photo evidence achieved the first was safely released. They are edible, though they’re a lot of work to prepare and not the best eating in the sea.

After a very brief lull in the wind, it picked up again, somewhat stronger than before. I rarely use the hood on the PS220 drysuit, though it does prove extremely useful at times. It’s not that pleasant being sat at anchor in blustery weather, though with the hood up all becomes quiet and calm, the transformation is quite amazing. 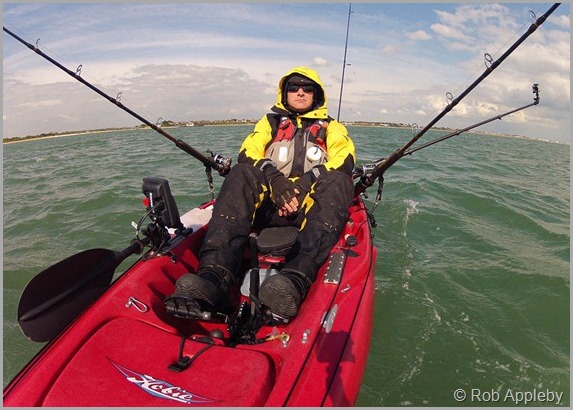 Despite the windy conditions it was still good being out there fishing. I tried with the Sabikis on several occasions with no success. There were signs of shoaling fish moving through close to the seabed at times, sometimes more mid-water, though I came to the conclusion that they were probably baitfish, well that’s my excuse anyway. 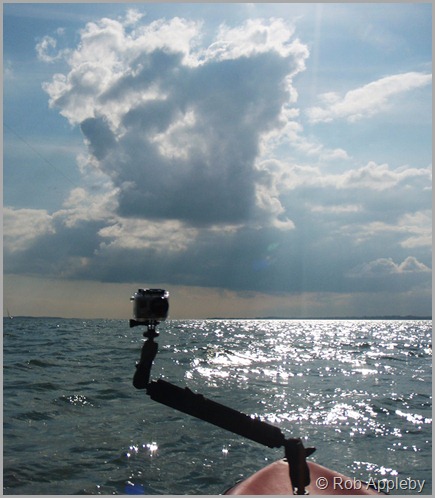 About 30 minutes after the first ray I found myself hooked up once more. It was clearly another ray and provided a brief spell of fun. It was a little smaller at 47cm, disappointingly under the qualifying size for the Kayak Wars competition. 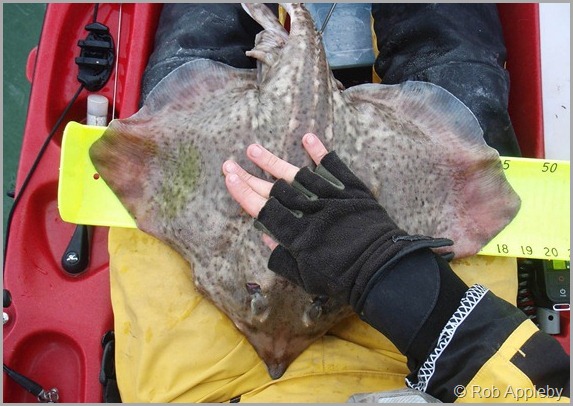 Below is a short video from the day. It’s great so see the action of a light rod providing some serious fun.