Over the years I have at times carried more than one kayak on the roof of my car. I could fit two Big Game kayaks upside down and side by side on my Land Rover Discovery, though that’s since gone. These days I drive an estate car and loading two larges kayaks to the narrower roof cannot be done using horizontal roof bars. Last year I travelled over to the Netherlands with David Morris and we managed to fit his Revolution 13 alongside my Outback by using a pair of J-bars and a pair of Malone SeaWings. 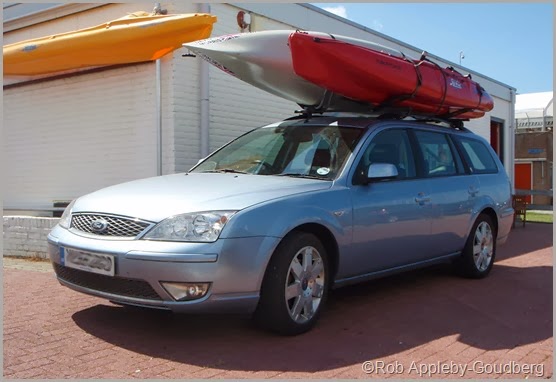 Malone SeaWing and J-Bars in use

I have to be honest, I’d never heard of Malone SeaWings before this time. I wasn’t even overly convinced as to their effectiveness when I first set eyes on them, however, they proved to be extremely effective.

I found myself in a slight dilemma when I agreed to take two Hobie Outbacks to Scotland this month, how was I going to fit two onto the roof for such a long (and potentially fast) journey?. After a few quick measurements it became clear that I could fit two sets of SeaWings to the car, enabling me to fit two Outbacks side by side, perfect!. I ordered a pair of SeaWings from Escape Watersports and a couple of days later they arrived.

It’s the first time I’ve actually opened a boxed set from new, so it was worth taking a good look to see what was actually included in the kit.

In the box was the following: 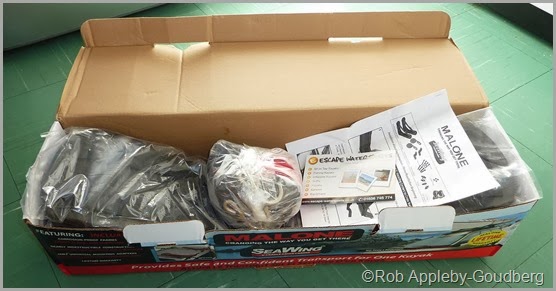 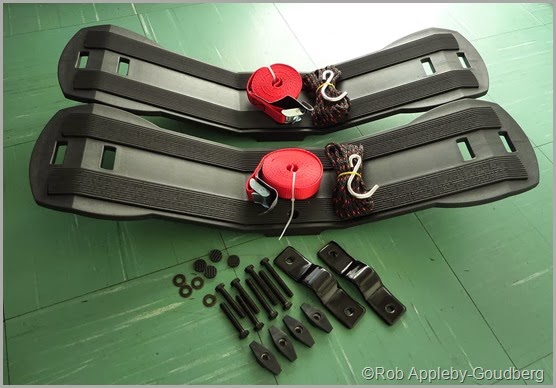 Comprehensive instructions are included, though assembly and fitment is actually quick and straightforward. Bolts are fitted and the rubber plugs are pushed into place, I actually super glued these to stop them falling out over time. 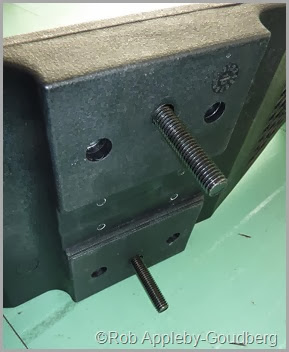 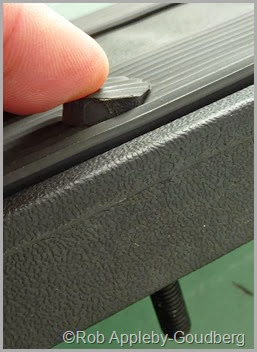 The clamp slides over the bolts, fit a washer to each bolt followed by the T-knobs. For storage I’d suggested that the T_knobs are fully wound down to prevent the bolts from moving about and knocking the rubber plugs out. 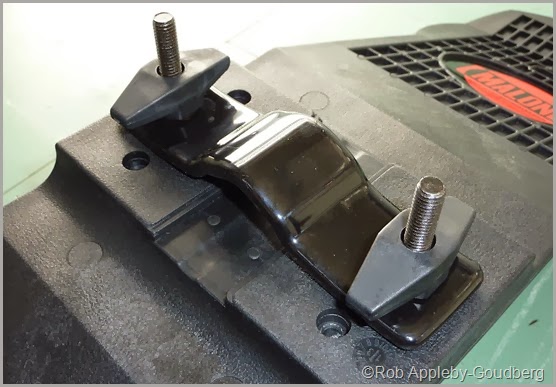 Fitting the SeaWings to horizontal bars on a car is very easy indeed. Remove one T-bolt and washer and wind the other one fully down, but still attached. The SeaWing can be placed onto the roof bar and the loose clamp can be swung into the correct position. 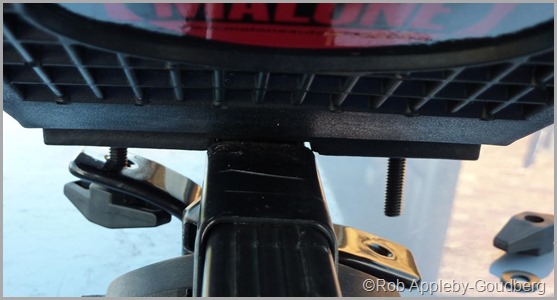 With the clamp in position it’s a simple case of sliding the clamp onto the bolt, fit the washer followed by the T-bolt. Both T-bolts are then evenly tightened down to suit. 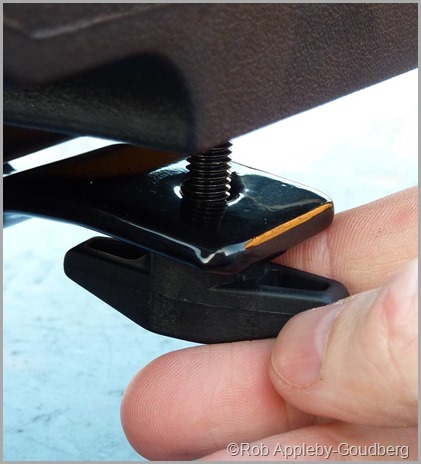 Take a moment to ensure that both SeaWings are correctly aligned before tightening them down fully, re-position as required.

I personally find loading a kayak extremely easy with my model of car. I also have roof bars running front to back and it permits me to lean the kayak up against the side of the car. It’s just a case of then picking up the rear of the kayak and sliding it into position. 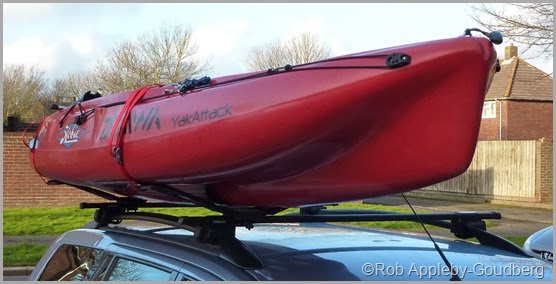 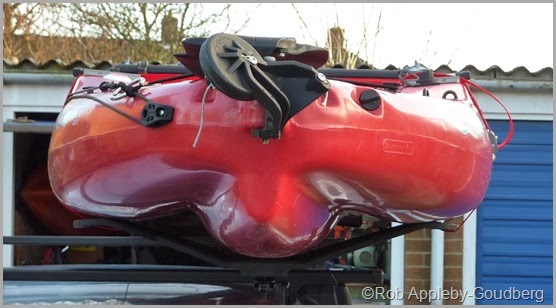 The two supplied straps are easily fitted using the strap slots that are moulded into the SeaWings. 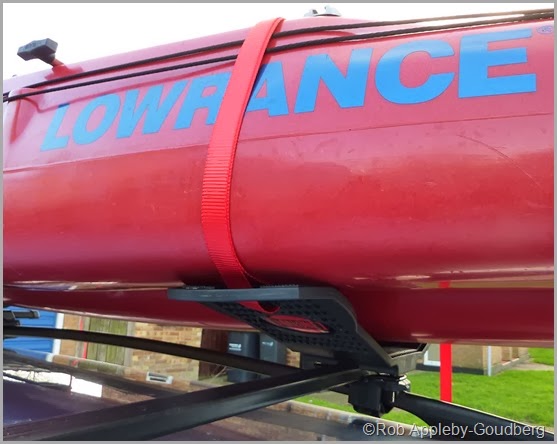 As I mentioned I’m taking two Outbacks to Scotland so I fitted two sets of SeaWings to my car and the kayaks fit perfectly. One thing that I have noticed it how quiet as kayak is when underway. There’s effectively no wind noise at motorway speeds, quite amazing. 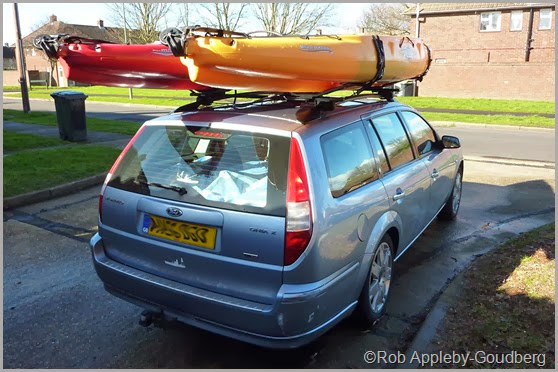 If you fancy a set they are available from Escape Watersports where they sell for £89.99.

A million thanks for your story and photos. I have searched for months on the internet on how I am going to get the two Outbacks I ordered onto a Subaru Outback station wagon. You've given me the solution.