I recently purchased a Penn Rampage 30/50lb boat rod for heavy fishing. I already own the Penn Powerstix 30/50lb which has proved to be a tremendous rod, despite being of four piece construction and very lightweight. When the Rampage arrived the quality appeared to be excellent, however, I disliked the lack of any real protection on the butt section below the reel seat. This area appeared potentially susceptible to damage over the long term as a result of being placed into rod holders and tubes. I really don’t like seeing my tackle being damaged so I decided to add some protection to this area, especially the region that was most likely to experience damage.

After a period of internet surfing I located a good selection of Duplon grips at Guides n’Blanks, where I purchased a couple of tapered grips with an internal diameter of 22mm. The butt section had a diameter of approximately 21mm and as the butt piece itself was clearly glued into position, I’d hoped that it would push over this section. Once the part arrived it clearly has very little stretch so I’d need to find an alternative method for fixing the Duplon grip into place.

I decided to cut the grip lengthways and build the butt section up slightly with some insulation tape. I re-checked the fit of the grip a couple of times before I was satisfied that I had achieved the correct diameter increase. It was then simply a case of placing the grip into position and running a fine bead of superglue along one edge of the join. The two cut edges were then pushed back together for a few seconds until a good join had been achieved. 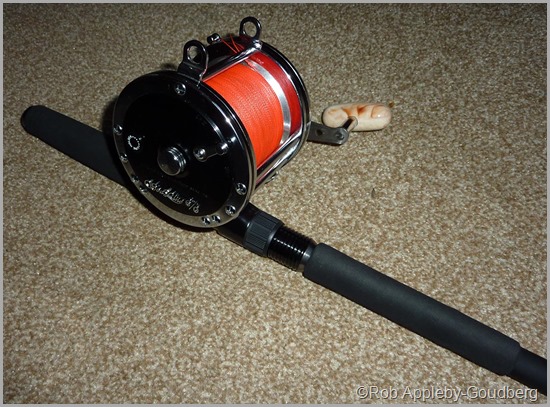 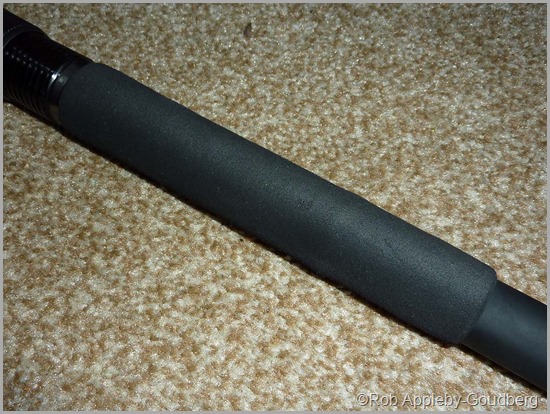 I placed the join on the underside of the rod handle so it’s less visible, purely from a cosmetic standpoint. As the Duplon grip sits on top of plastic tape, it’s easily removed despite being glued and will leave no marks on the butt of the rod itself. It might seem a little odd to cover up a nice shiny section of new rod, but in the long term it’ll be better than looking at a heavily scuffed handle.

Hi Rob.
A Good Brico, I also prefer to take better care of the equipment in our outings, plus the worst of all is to see every day more friction in our teams.
A greeting.