We departed from Watchet and headed Southwest, driving through Devon before finally arriving in Conrnwall. The target species was Gilthead Bream. These can be extremely difficult to locate and are a dream species for many UK anglers. I was very fortunate to have been given some great direction on a previous Cornish visit and the plan was to fish the same area.

The area is the tidal river system and the Bream swim in with the tide. Previous experience has shown it can be quiet until the fish arrive, followed by a relatively brief spell of activity before quiet returns once again. It's allegedly possible to follow the fish upstream, though my success at doing this has been rather patchy!.

However, if the Giltheads aren't about there's plenty of small Bass and Red Mullet to keep a kayak angler amused. Bait was ragworm  rigged onto a running ledger made up with a 2oz drilled bullet lead with a 3-4’ 20lb fluorocarbon trace. The hook was a size 1/0 Sakuma 450 Chinu. Myself and Daniel anchored up in a couple of metres of water and waited.

As it happened we didn't have to wait too long. My first fish was a decent size at 3-4lb and gave me a real scrap on the light tackle. These fish are tremendous fun! 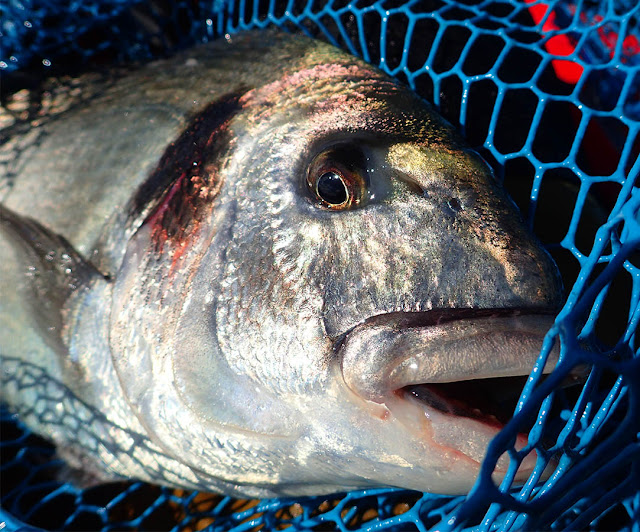 Daniel was not far behind me and landed himself a nice sized fish as well. 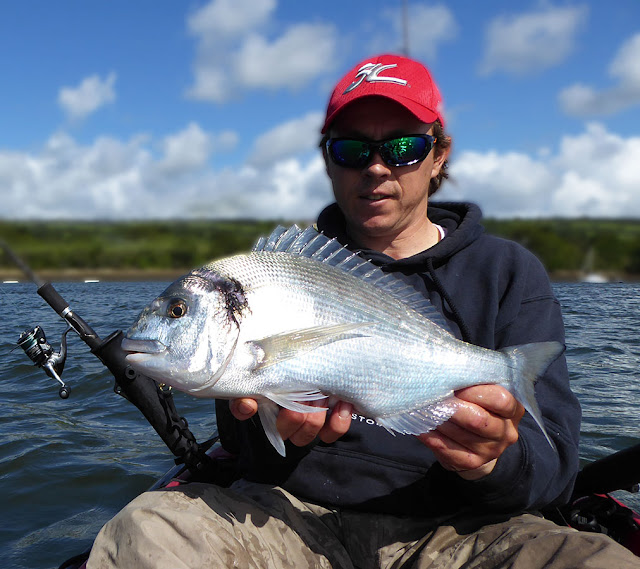 The images have been edited slightly as not to disclose the location. After chatting to the tackle shop owner in Falmouth is became apparent that netting is becoming a major problem. Giltheads are currently not protected in UK waters and are being caught as a 'by-catch' by netters who are allegedly targeting Mullet. It's very disappointing to hear this as these fish are not only great sport, they only frequent a handful of areas around the Southwest.

Despite the potential reduction in fish population we caught more Giltheads. The action was steady. 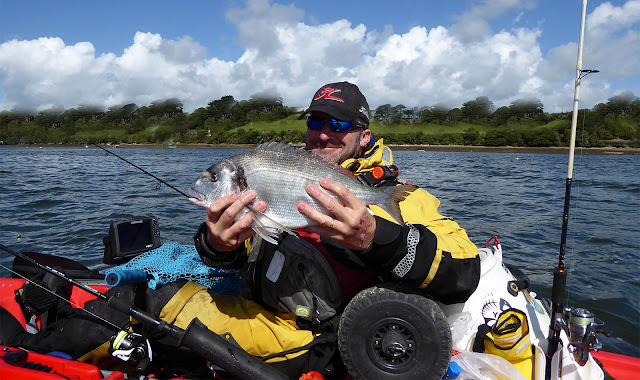 When the Giltheads weren't taking the bait there were plenty of small Bass and Red Mullet that were more than happy to oblige. I don't recall having caught Red Mullet before, a first for me?. 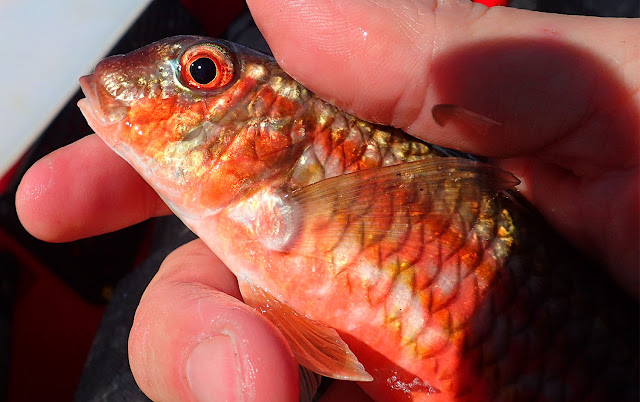 I've heard of Giltheads that have neared 10lb in weight coming out from this venue. We weren't finding fish of that caliber, though what we were catching was quite respectable. I'm not so sure the Daniel believed just how difficult these fish are to locate and catch as he caught yet another good sized fish! 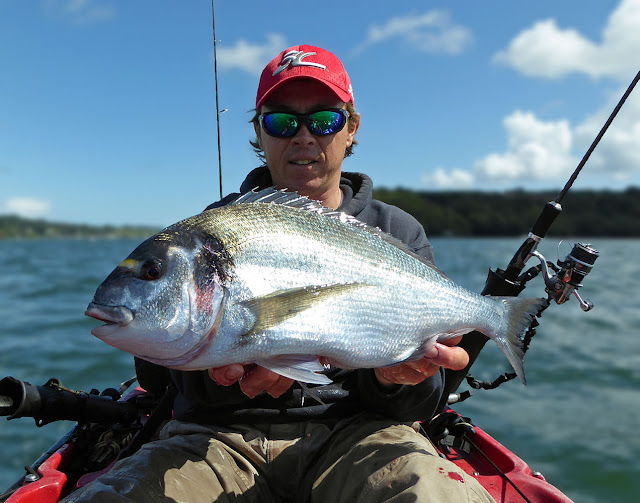 We only fished for a few hours and bagged 6-7 Giltheads between us plus a multitude of Red Mullet and Bass. Plenty of fish, but most importantly I managed to get Daniel hooked up into the elusive Gilthead Bream. Having ticked yet another box it was decided to change venue and target another species for the next session.
Email ThisBlogThis!Share to TwitterShare to FacebookShare to Pinterest