Ok, this idea isn’t exactly original as I saw this idea elsewhere on the web, however, I have tailored it to suit my own requirements. I’m a big fan of the camera mounts from YakAttack though I was wanting something much longer to provide some interesting camera angles. I was looking for something that would provide a good overhead view as well as a ‘birds' eyes’ type view from one side of the kayak.

The idea I’d seen on the web utilised an extendable camera monopod. These vary in price greatly though I purchased something cheap and cheerful with the idea of producing something that could be mounted in various positions around the kayak. To be honest I was expecting the item to be utter junk when the postman delivered it, though I was pleasantly surprised when it turned up a couple of days later. If I’d paid several times more than I had for this particular monopod I’d have been quite satisfied. 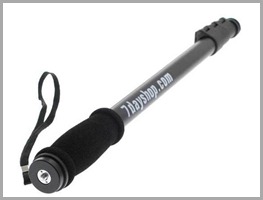 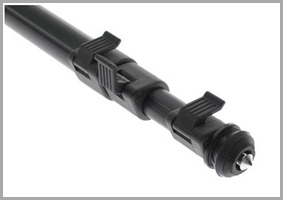 I’d decided to modify it to allow it to be fitted to the GearTrac that was already installed on my kayak. It also was quickly apparent that it’d fit into a flush mount or suitable tubular rod holder. The monopod came with a fixed head for mounting a camera. Sliding the foam back reveals three small pan-head screws, removing these allows the fixed head to be removed. Fortunately, I already had an insert that was threaded for a GearTrac T-bolt. This was reduced in diameter until it was an interference fit into the opening where the fixed head was originally mounted. This was secured in place using the original pan-head screws. 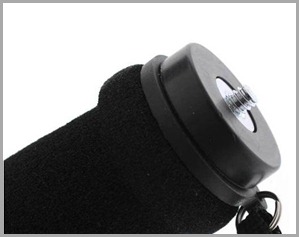 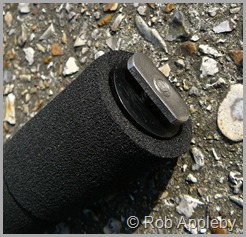 I also took the opportunity to slip some additional foam onto the monopod to effectively lengthen the existing grip. This provided a far steadier mount when slid into the flush mount rod holder on the kayak.

The other end of the monopod featured a pointed stud to provide additional grip when the monopod was used on a soft surface. I cut the point off this stud and removed the plastic ‘collar’. I had a 1” RAM ball which I threaded to suit the trimmed down stud on the monopod. The RAM ball was them screwed on to finish off the mount. The RAM ball allows a double socket RAM extension to be used providing great flexibility when positioning the camera. 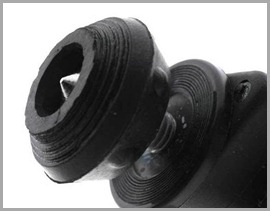 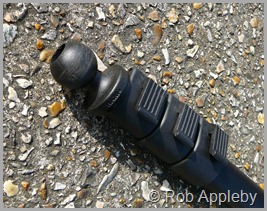 The monopod is 54cm when fully closed or 170cm when fully extended and weighs in at just 360g (unmodified). Here’s the finished product. 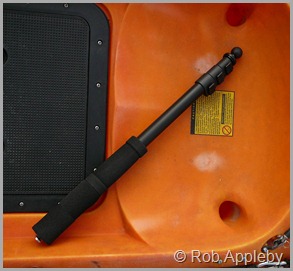 Here’s a few photos below showing it mounted onto the GearTrac and into a flush mount rod holder. Some photos show it partially extended, others show it fully extended, with some photo showing it collapsed. 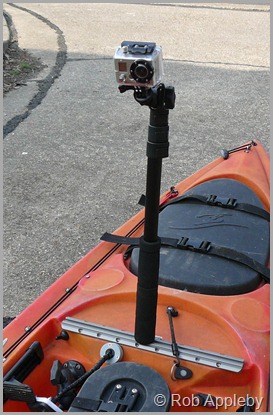 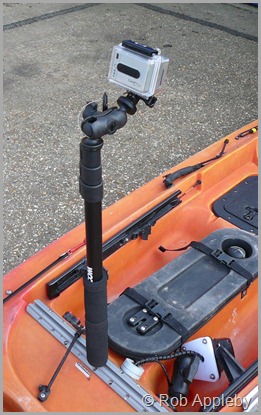 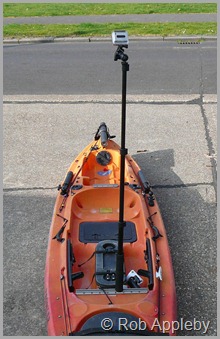 Mounted on the GearTrac (fore & aft) 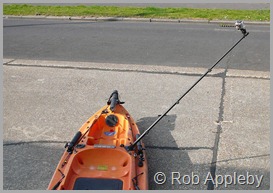 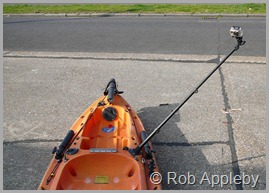 I’ve had a little play on the water though I’ve still got a few angles that I’d like to try, that said, my favourite angle to date is when mounted in the flush mounted rod holder whilst fully extended as shown below. It’s actually a frame from a movie clip in low light hence the poor quality, though it gives you as good idea all the same. 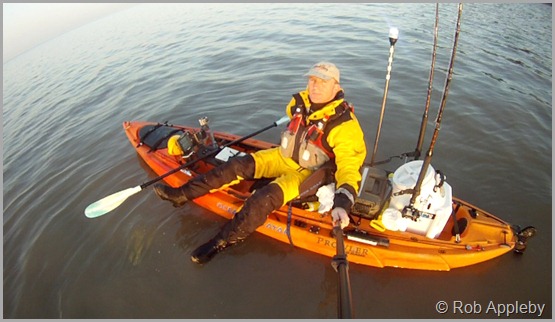 I’m using a GoPro camera with an extended battery pack giving over 4 hours of life. With the camera angle set to suit, the camera can be switched on and the monopod extended. Adjusting the camera angle is easy enough by collapsing or removing the monopod, and the results are certainly different and most pleasing.

This is useful to document your adventures. It's about having the right equipment.

Thanks for the great idea! What monopod did you use and where did you buy it? Thanks!

It was an Ebay purchase from a retailer based on the Channel Islands. Put a search in for new tripods but limit the price to £10, you should find them easily enough.