I’ve just returned from fishing a competition in Wales, Oxwich Bay on the Gower Peninsula to be exact. This event was organised and run by South Wales Kayak Anglers and as much as this was the fourth time that this event has been held, it was the first time that I’d attended. Why hadn’t I fished the event before?, it was really down to it being a species competition, where size is unimportant and it’s purely about the amount of species bagged. I guess I prefer to target larger fish, though I decided that this year I’d give it a go. 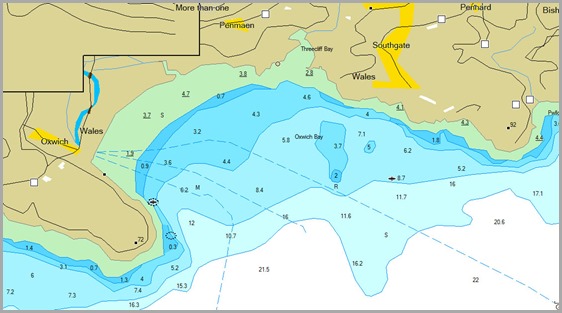 Ideally I’d have travelled up on Friday morning and fished Friday afternoon in preparation for the competition on Saturday. However, things are rarely ideal!, hence I ended up leaving home at around 7pm with a 200 mile journey ahead of me. On the plus side, the roads were fairly quiet (plus I didn’t hang about!) and I arrived at the campsite three hours later. I decided against taking a tent, I knew I’d be getting up by 7am so the plan had always been to sleep in the car. I can lie flat in the back with the seats laid flat, a 3/4 length self-inflating mattress and a light summer sleeping bag made it quite comfortable.

A couple of ciders just before I got to bed resulted in a good nights sleep. Fifteen minutes after waking up I was driving down to the launch/registration area with my Hobie Team mates eagerly anticipating a day on the water. Registration was straightforward, I was issued with a token that was to be visible in all photographs, the competition being catch and release. 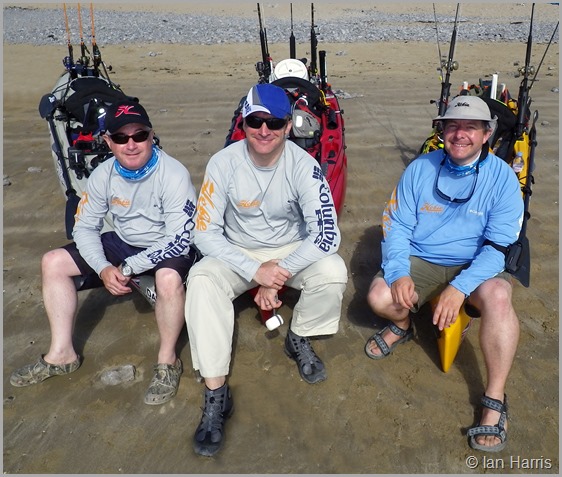 I’d never fished the Northern side of the Bristol Channel before, what’s more the area featured clear water, not the usual muddy waters that I tend to associate with the Channel.  I’d decided to fish one rod with a three hook paternoster rig (size 3 hooks) and the other with a running leger with a 6/0 hook. Ok, I fully appreciate that the larger single hook rig would limit my chance of racking up some species, however, I wanted the chance of catch a decent ray, hound or perhaps a tope.

Once checked in we were given a safety brief and launched on completion. There was a light onshore breeze, temperatures pushing 30 Celsius. Factor 50 sun cream was plastered onto all exposed areas and I was ready to go!. Below are the Hobie kayaks belonging to the UK Team, consisting of a Revolution 13, and Outback and a Revolution 11 (left to right). 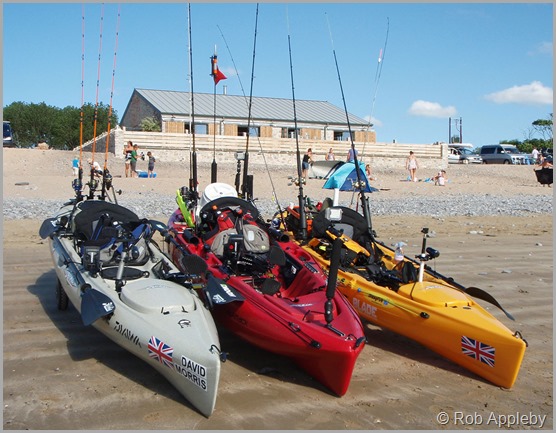 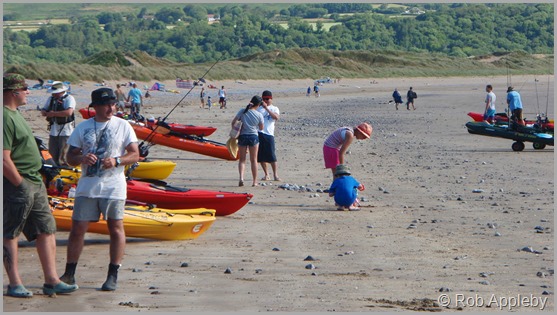 Competitors weren’t permitted to launch with hooks attached for safety reasons, probably more of a concern when we were due to return later in the day onto a beach packed with holidaymakers.

I peddled out alongside David Morris. He noted how much the nose of the Outback digs into a chop whereas the Revolution tended to ride over them. This is no doubt down to the different hull shape. I did tend to put out quite a side splash when I crested over the larger swells and when I saw a good sized one heading in my direction I came straight alongside David. Yup, I sent a wonderfully large side splash straight over him… it seems that the Revolution 13 can be a rather wet ride at times! 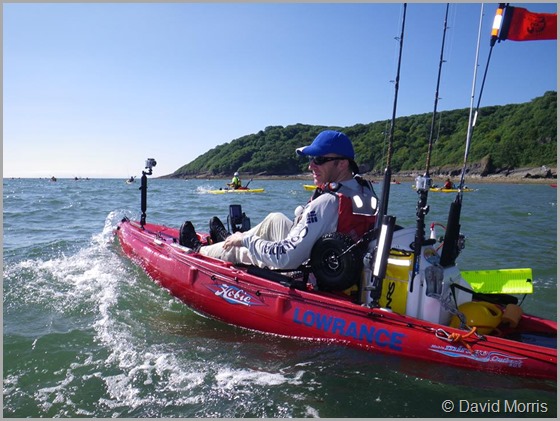 I was soon anchored up and clipped my traces onto the mainline. The three hook rig was baited with squid and ragworm, the single hook ledger with a strip of mackerel/sandeel cocktail.

The first thirty minutes was rather quiet, with only one bite being registered. I eventually started to hook into a few bites and before long there was a steady stream of fish coming to the kayak.

First up was a small Dab, it actually did quite well to swallow the size 3 hook. There were clearly many Dabs in the area as one after the other was caught. The top two hooks were on short 6” snoods tied to equally short twisted metal booms. The lower trace was set rather longer at around 12” and close to the weight to get the bait on the seabed. It was this lower hook,baited with ragworm, that was accounting for the Dabs. They were all small fish averaging about 20cm in length. 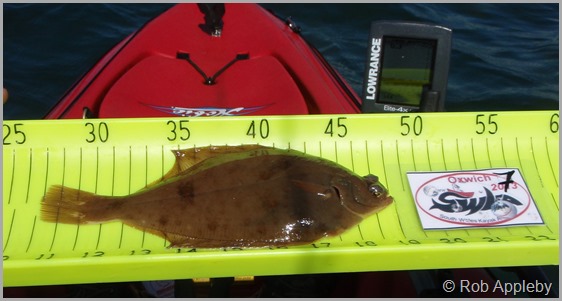 After about half a dozen Dabs I hooked into something that felt distinctly different, it seemed that I was finally going to catch another species!. A Gurnard appeared next to the kayak and once aboard the blue-tinged pectoral fins identified it as a Tub Gurnard. These are a rather odd looking fish and are noted for croaking like a frog when out of the water, though this one remained rather quiet. 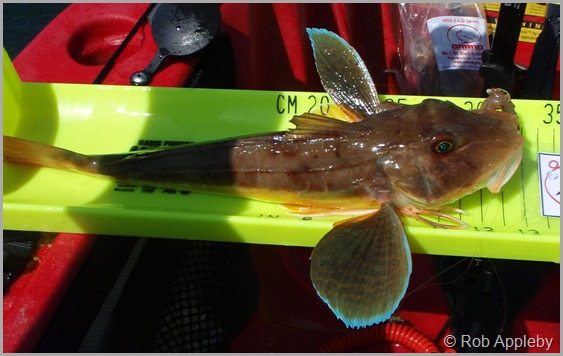 The Gurnards continued to appear, though he remainder were all small Grey Gurnards. These Gurnards are a rather spikey in places and require a little care when handling them. There was a few quiet moments, time to enjoy the glorious scenery around the bay. Despite the Bay being located on the Bristol Channel, it’s sheltered from the tidal flow and only light weights are required to hold bottom. Venturing out of the bay around the headlands will expose the kayak angler to tidal rips and is best avoided.

I picked up a couple of mackerel on the squid strips, that was another species off the list and a useful supply of fresh bait. This was readily accepted by a Dogfish a few minutes later. 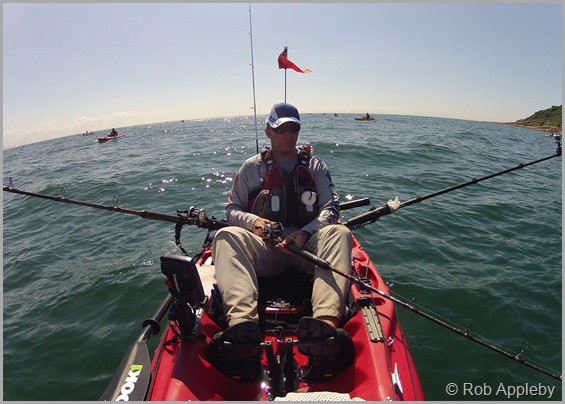 I hooked into something small, yet very feisty, a Bream perhaps?. The unmistakable shape of a small flatfish appeared, surely not another Dab!. However, its red spots quickly identified it as a Plaice, another species for the day.

I found myself running a little short on bait, the ragworms had been proving a hit and were all but finished. I’d bought along a packet of sandeels and decided to use sections of fillet on my small hook rig. It’s a little fiddly to fillet effectively, though it proved to be a top bait! 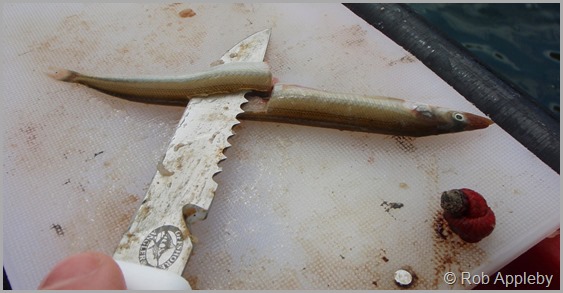 By around 2pm I was catching the same species, nothing new was making an appearance. I’d bagged a dozen dab/plaice, several dogfish, a handful of gurnard and a couple of mackerel. I decided to pull anchor and anchor close to the reef in the hope of some new species. I dropped down a fresh mackerel bait, wishing for a conger eel, as well as the three hook rig in the hope of some pouting and bream.

I didn’t have to wait too long before there were some very aggressive rattles on the three hook rig. I was soon hooked into what could only be a bream. These fish are cracking fighters and I was wishing that I’d been using a light spinning rod!. There was clearly a shoal in the area with fresh baits being hit within seconds of reaching the bottom. Most fish were around the one pound mark, though I did manage a much better fish which I chose to keep for the table. 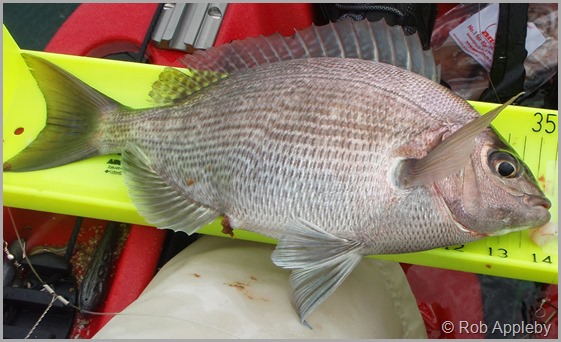 I weighed it once home, eight hours later, and it was a shade over two pounds, quite respectable!. I could have quite happily sat there all day catching Black Bream, though I moved away in the hope of catching another species. As it turned out, the bream was the last new species that I was to catch that day, bring my total species to the day to seven. 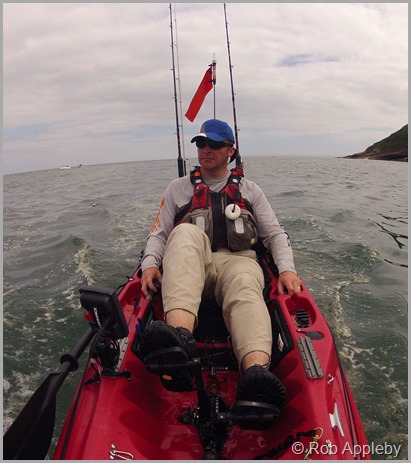 The winner of the competition had captured an impressive eleven species and took home a new Shakespeare kayak. I’m at the top of the last column (V8 is an old forum username of mine) 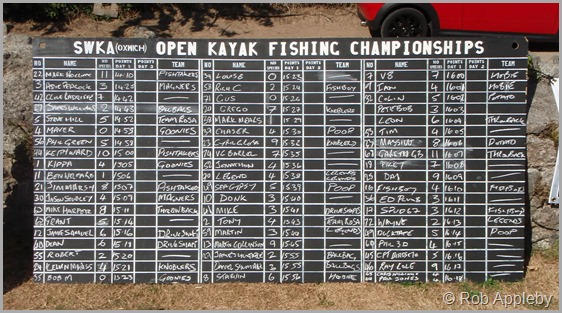 On completion of the prize giving I was straight back on the road heading home. The first hour was slow going, driving through the built up areas, though once back on the motorway it was a fast drive back home. 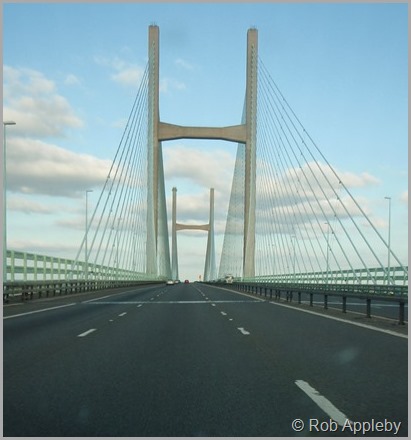 It’d been an enjoyable day afloat, a new venue with lots of small species. The turnout had been excellent with literally dozens of kayak fishermen making the journey. Given the choice I’d always fish a ‘biggest fish’ competition over a ‘species competition, however, it was a good experience for sure!. Many thanks to South Wales Kayak Anglers for organising such a good event. I slept like a baby last night. Seven hours driving and 6 hours fishing in a day takes it out of you!

Superb read there Rob and thanks for coming.

It was my pleasure!. I just wish I'd been able to stay a couple of nights and make more of it.

I'm always amazed how a dab can somehow impale itself on the biggest of hooks! I've have one gobble up a 5/0 varivas big mouth before and that isn't a small hook!! It literally must have wriggled around the shank of the hook to get it in!