Ahhhh, the dreaded ring of the 0500 alarm, just whose great idea had it been to go drinking last night?!. It was the usual routine of breakfast, briefing and rigging, before getting afloat in anticipation of the 0730 stating horn. 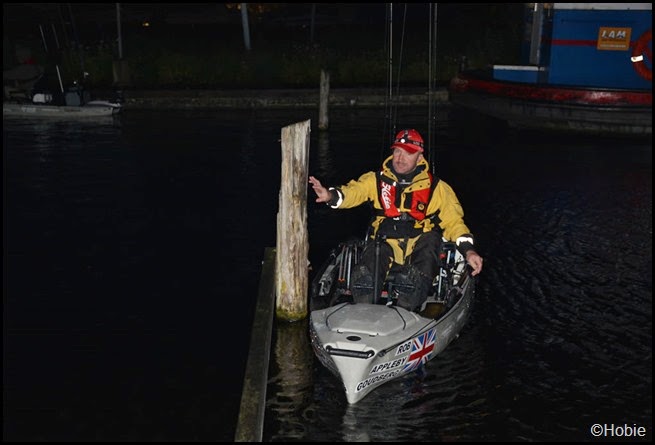 The big questions of the day, could I continue my run of the last couple of days and find at least one fish to submit. I wasn’t feeling overly confident if the truth be known. Could Steve Lessard find fish again today to take the title of champion?, he certainly seemed to be looking confident coming out from the briefing. 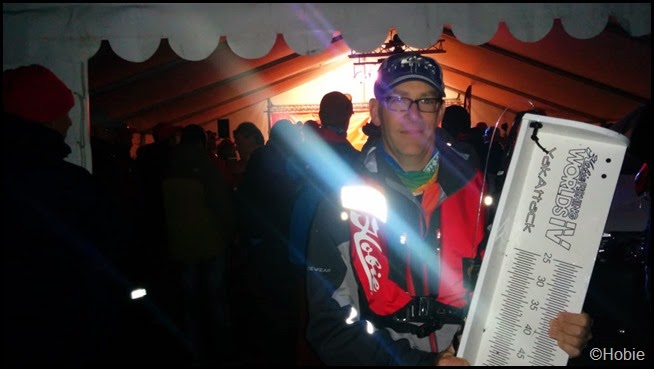 The competitors lined up one final time, waiting for the horn to sound… though first it was time to play the Dutch National anthem one last time. We were soon heading out into the lake once more, with many anglers peeling off to the right to fish the ‘South lake’, somewhere that I’d yet to venture. I stuck firmly to my game plan and worked my way around a few marks, pausing occasionally when fish appeared on the sounder when moving between marks. It was slow, very slow.

I’ve honestly never fished so hard in my life. I fished every mark that looked as though it could hold fish as I moved around the lake. By late morning I was definitely concerned, I’d not had so much as a bite, nothing. I moved into waters that I’d not fished previously and caught sight of Daniel van der Post catching some Perch. He moved on so I slipped into his position and cast a few times, though despite a couple of brief hook ups I couldn’t land a fish. I fished that area for an hour and despite numerous takes and fish visible on the finder, I couldn’t catch… despair was starting to take hold. I had no idea what other people were catching, but it didn’t feel good.

I briefly found myself trying some deeper water after seeing several shoals of fish on the sounder. 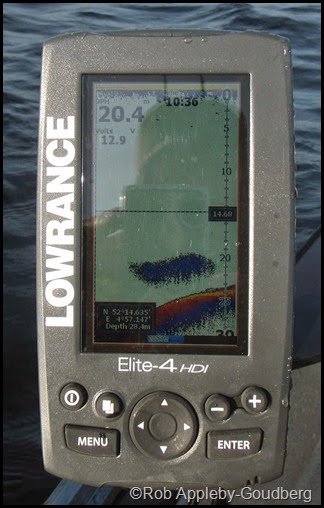 I decided to take a gamble and head under the bridge to the South lake. I knew that a lot of fish had been caught there, I felt as though I had nothing to lose. 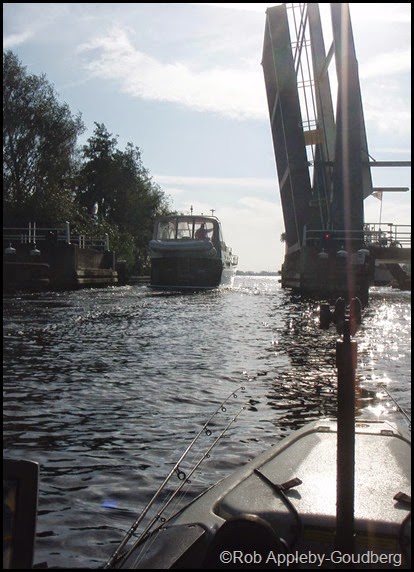 I could see several anglers in the distance and after checking out the Insight Genesis charts on the Lowrance Elite 4 HDI I could see that they were fishing a shallow area of around 3 metres. They were all lined up, fishing on the drift. I worked my way over and it quickly became apparent that the drift speed was going to be too fast, so I deploy a drogue from the side of the kayak which did the trick and slowed me down quite markedly.

This area looked really fishy, clear ground with regular weed patches. I drifted for 300-400m at a time, blind casting, confident that I was covering a large amount of ground, though my efforts proved fruitless. I moved back 50m each drift, repeating the drift 3-4 times, still nothing. The clock was ticking and I was quickly running out of time. I knew that I’d blown it and I’d be extremely lucky to maintain a top 10 position, I was definitely disappointed. With that I headed back, nothing to check in.

With the kayaks de-rigged and all gear stowed in the car we headed off to the presentation and evening meal. The results were kept quite secret until they were officially announced later in the evening. Much to my surprise, despite blanking on the last day I’d managed to secure 7th place overall, something that made me more than happy! 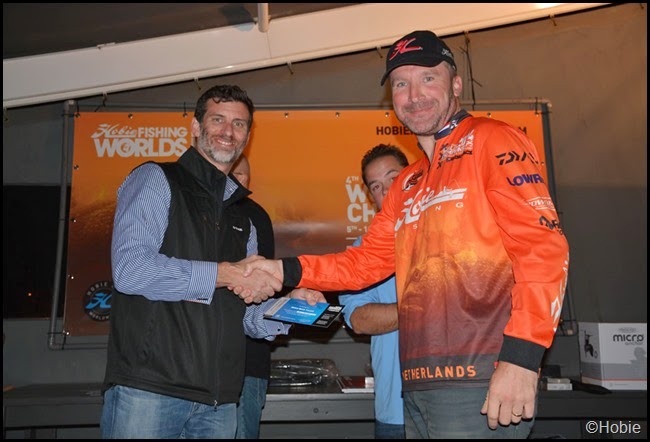 Along with a Daiwa landing net I took home a voucher for a Rhino-Rack T-Load!, what a result!

However, attention deservedly turned to the top 3 and of course the overall winner. Steve Lessard from the USA secured a well deserved first place, becoming the 2015 Hobie World Champion!. Kyle Moxon from Canada took second place with Kevin Varty from Australia taking third. 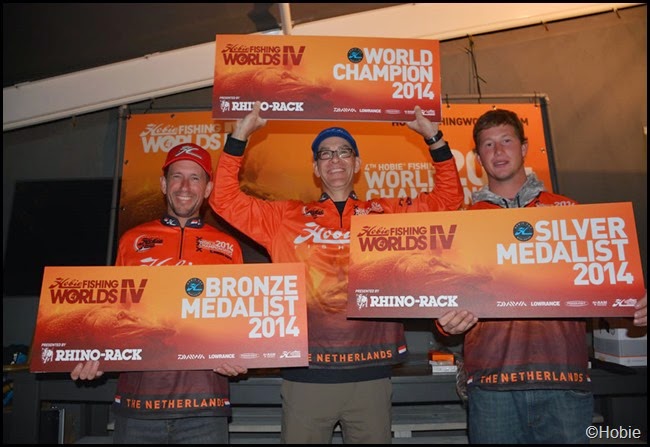 Where had those three days gone?, where had the fish gone on the final day?. As I said much earlier, to be successful in a 3 day competition you have to catch every day, or at least getting plenty of fish to cover a poor day.

What a brilliant event, I thought it had been extremely well organised and provided a huge amount of enjoyment both on and off the water. Many thanks to Hobie of course for organising the event and providing the kayaks, amongst many other things!. A big thank you must also go to the sponsors, Lowrance, Daiwa, Rhino-Rack, RAM Mounts and Power Pole.

Though as much as the fishing had sadly finished, the socialising continued!, with several of us heading in to Amsterdam for a well earned night of relaxation.

Last, but far from least. A photo of all the competitors from the Hobie World Championships 2014. A great event which saw new friendships being made and a lot of memories being taken away, just brilliant!