I'm keen to really hit the saltwater hard this year, though the weather has been most disappointing since Christmas. I've had at least three occasions when I've been packed and ready to fish, though the weather has deteriorated so badly against what was forecast that I've had to call the trips off. Very frustrating, definitely the poorest winter weather wise for some years (from a kayak fisherman's view!).

There was a weather window on Tuesday (originally Wednesday!) so I took the opportunity to launch with a friend into Stokes Bay in the hope of finding a Ray or two. I'd heard a few reports of Undulate Rays to 14lb being caught from the shoreline. I had decided to fish from the AI as my boy wanted to join me. Though I intend to use it as a fishing platform a lot this year, so it presented an opportunity to practice anchoring from the Hobie AI.

There was little wind forecast, though I rigged for sailing anyway to make it more realistic to practice some fishing, plus it was actually a little breezier that forecast. In fact it was considerably more breezy, with white horses starting to appear across most of the Solent within minutes of launching.

Rigging took longer than normal, what with an extra person to dress and a pair of wet suit boots that refused to fit my sons feet, must they keep growing?!. He's well kitted out with a dry suit, etc, as the weather at this time of year is still rather cool and unpredictable. 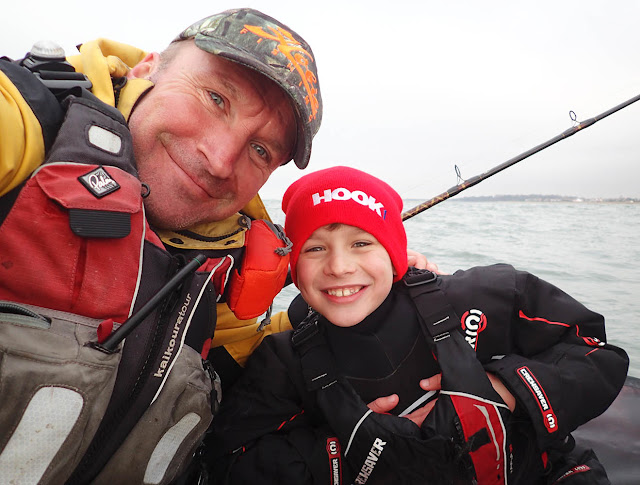 We ended up anchoring just 300m or so from the beach. Two rods were rigged to fish with running ledgers, mackerel on one and squid on the other. I also had a little ragworm to use as needed. The tide turned onto the ebb and the weights drifted off into the tide when lowered. Though once down on the bottom they came back!. I thought I was drifting at first, though no. My friend Jamie was having the same experience. Perhaps an undercurrent?, though having fished this venue many times in years gone by it was a new experience for me. It also made it somewhat difficult to fish effectively.

The weather deteriorated so we pulled anchor and moved around the headland into more sheltered water. Bizarrely I was experiencing the same problem with the weights, truly odd. 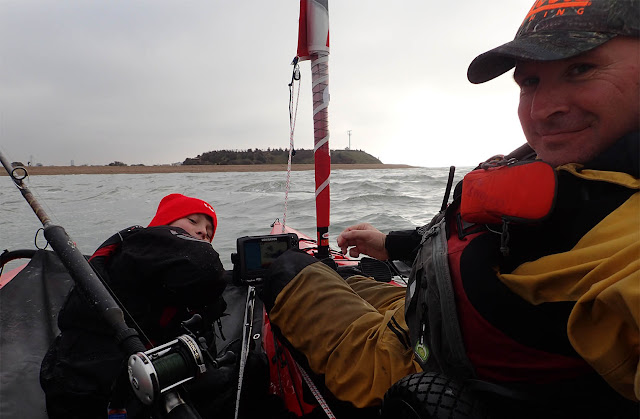 I have a Railblaza rod holder mounted to either Aka and they are quite effective. They were the only holder that I could effectively mount to the Akas. Though for the AI to be effective as a fishing machine they were a must. They seem solid enough, time will tell.

The fish remained elusive, We had not so much as a bite, it was rather pitiful to be honest. Though I wasn't remotely bothered. My boy was having a wail of a time. He'd eaten all food supplies within the first hour having clearly overcome the odd bout of sea sickness on earlier trips.

He took advantage of the huge stability of the AI and often sat himself forward of the mast just to enjoy a great view of the world passing by. 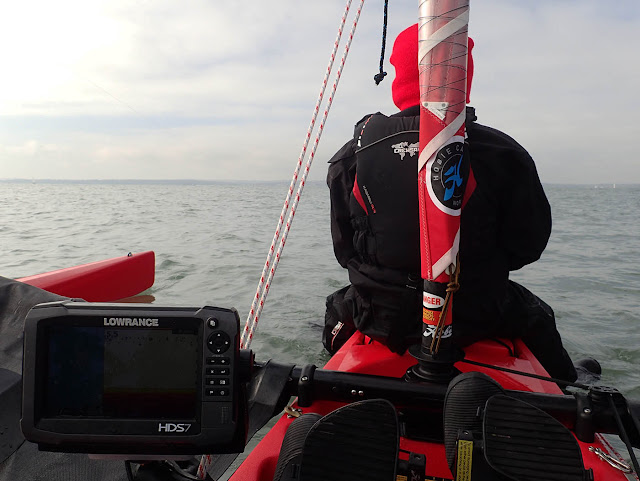 After 4 hours of no fish, I relented an put down a small hook loaded with some fresh ragworm. We only had to wait a couple of minutes for the rod tip to start rattling. My boy sat himself on the trampoline and began to retrieve the fish. We often become focused with the size of what what we catch, though this was a good reminder to me about what fishing means to a young angler. 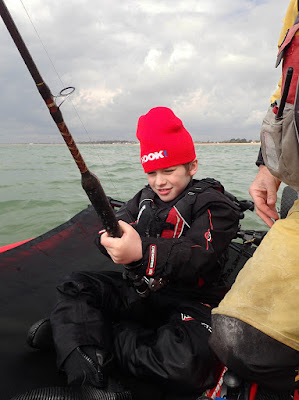 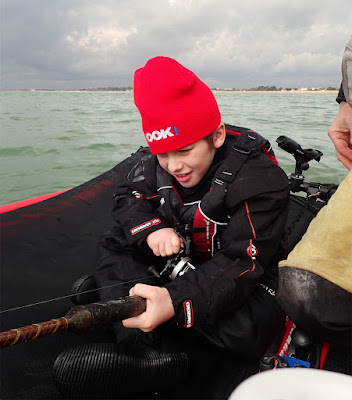 Well it was certainly no monster!!, but it was a fish and that's all he was bothered about. The first of two in ten minutes. A big smile said it all. 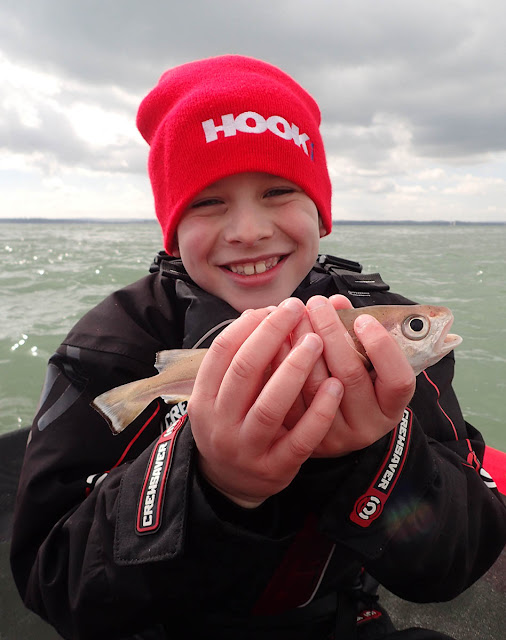 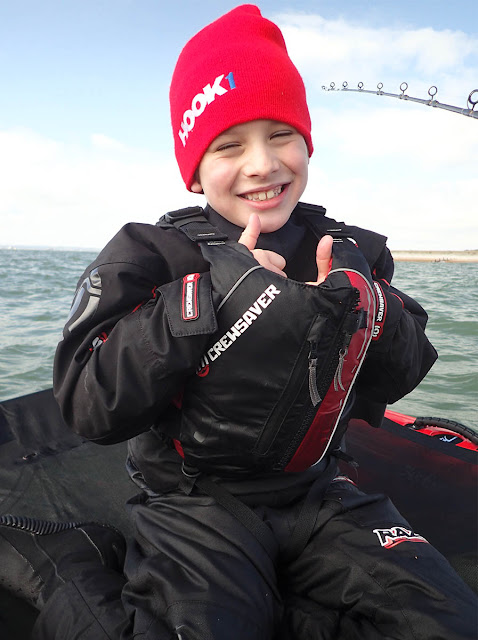 So despite the lack of fish it was actually a really enjoyable 5 hours or so afloat. I had the chance to drop/retrieve anchor several times. It's easy enough on the AI, though if fishing alone I would probably only use one trampoline which I think would make retrieving the anchor line far easier. I prefer letting the retrieved line drift down tide, but with both tramps deployed I couldn't manage that. First time I had a pile of anchor line on the deck, not ideal!. Second time I had my boy winding in the slack as i pulled anchor... that worked!

I really must take him somewhere that holds some decent fish so he can put a proper bend in his rod and have a fight with a fish that he'll remember for some time. Watch this space.
Email ThisBlogThis!Share to TwitterShare to FacebookShare to Pinterest

I must take my youngest fishing soon.
Glad you both had a good day 😉