I was lucky enough to have the Friday off so a short notice session was arranged. I met up with Andy a bit later than envisaged at around 0930. We paddled out to a favoured location only to be plagued with weed, yet again!. We moved around the bay trying a couple of more likely locations, though the weed proved to be persistent. 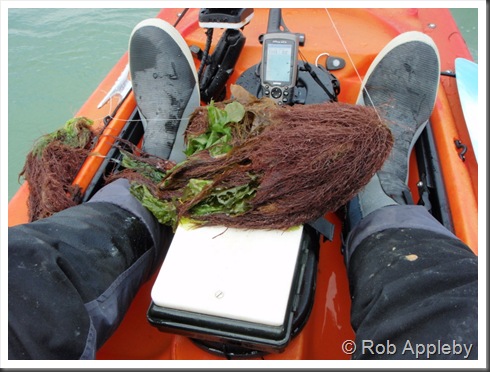 However, it did eventually come good and we settled down to some fishing. After a quiet spell my rod tip thumped down and I was into what I knew was a decent Smoothound. After a good tussle it came to the surface and it was a cracker!!. The drama continued on the surface for another minute of two before it came towards the yak. It was a beauty, I was guessing somewhere around 15-17lb. As I grabbed the back of its neck it flipped over backwards and threw the hook. I was rather gutted to say the least, I reckon the hook sums up the encounter!. 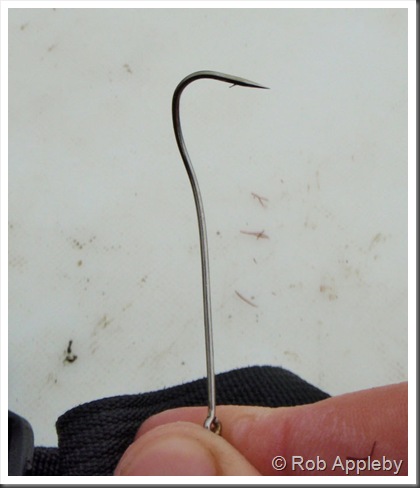 That's a Kamasan Uptide 3/0, rather disappointing hence I'll be going back to a fully forged hook as per last year.

Andy was enjoying himself landing a few small smuts, a first for him. He was all excited with the small ones so I really cant wait til he hooks into a double figure fish!

I just cant help getting annoyed when I see trawlers fishing so close to the shore, there's really no need. I'm a big supporter of the suggested 'Golden Mile' to restrict commercial fisherman in an effort to rebuild fish stocks.

Sat there in the kayak only 50-100m away I could clearly see the mud slick behind as the bottom was scraped clean. 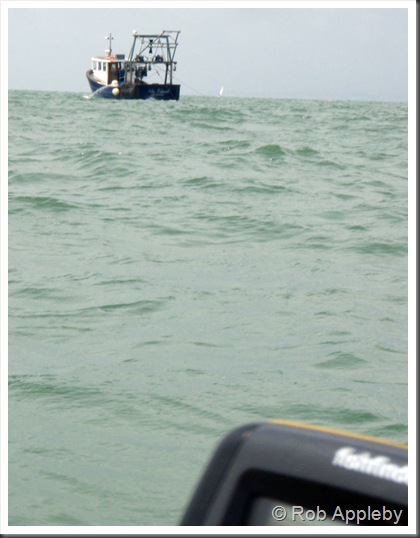 The tide slackened resulting in a quiet hour where there was very little action. However, as the tide turned the bites returned. My mackerel-baited rod bent over with line streaming from the reel. After a good fight against a running tide a nice Thornback Ray came onto the yak. 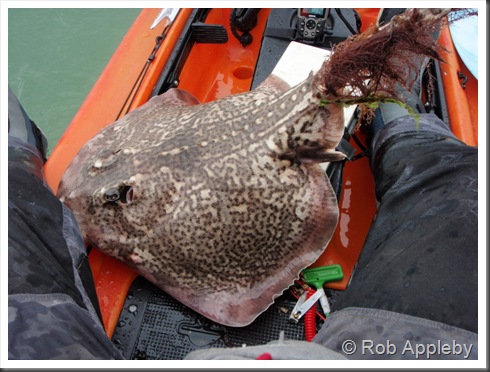 They're not my favourite fish, though catching one from time to time is always a pleasing moment. A couple of photos and he was soon diving hard for the bottom. 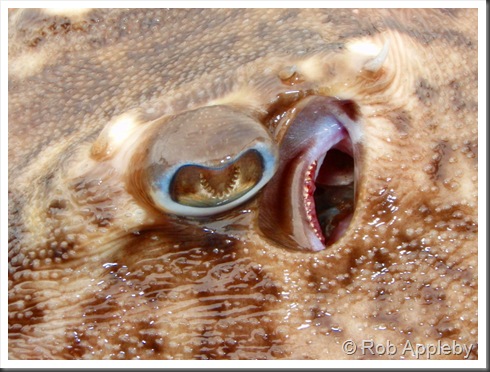 In the meantime Andy had picked up a nice table-sized bass. Rather annoyingly the weed picked up once more so we headed in with the hope of finding some cleaner water. During this time a fresh wind picked up from the south west making the fishing a little bouncy, nothing too exciting though. 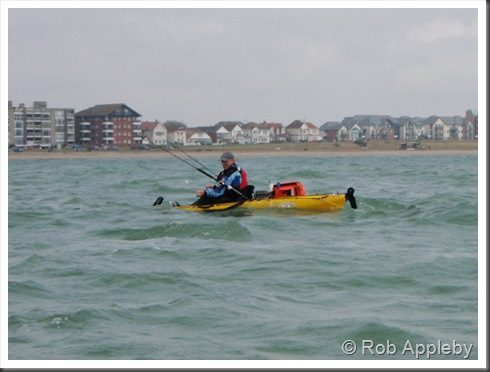 The weed continued to get worse so we decided to call it a day earlier than planned. Though we had no real complaints as we both caught fish and for the majority of the time the weather was great.