The next generation of kayak anglers!

You may have read that I’ve purchased a Hi Marine Mini Angler kayak for my daughter. I’m keen to get her involved with a water sport of some description, after all she’s not learned to swim for nothing. She’s been mentioning for months that she’d love to learn to kayak and to join me fishing, to that end there was only one logical way ahead!.

The UK climate is pretty poor at the best of time, sure we get a summer, though this often lasts a few weeks at best. One of my big concerns was her comfort whilst afloat, a cold child will quickly lose interest in any outdoor pursuit, perhaps to a point where they’ll be very reluctant to try it ever again. Most people would probably buy their child a wetsuit which is ample for those warmer days and for shorter sessions afloat. I decided to buy her a drysuit that would enable her to paddle/fish in all seasons, it’s not a cheap option, though in my opinion its money well spent.

I was quite fortunate in the fact that I returned the Gul Junior drysuit I originally purchased due to it being huge!, this provided me the opportunity to purchase a reduced price CrewSaver Razor Junior fully breathable drysuit of for the same money. It sports Glideskin neck and wrist seals making it easy to get into and comfortable to wear. A PFD was a must and a Crewsaver Kasmira JUNIOR was also purchased. A pair of Crewsaver Zircon wetsuit boots finished of the basic clothing setup. 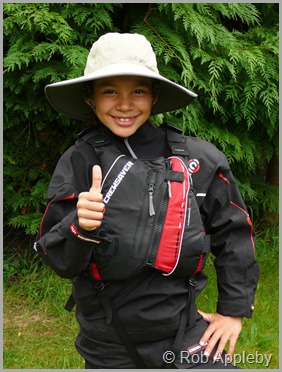 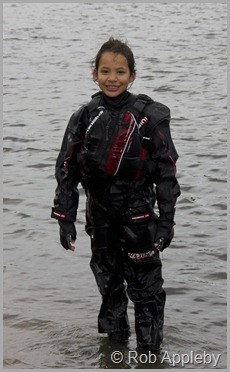 I took her out for her first taste of kayaking earlier in the week, I did however forget to take my waterproof camera. It was rather windy, gusting 15-20mph, which blew down the length of the lagoon where I’d taken her. It wasn’t particularly ideal for a total beginner to learn to paddle and she constantly found herself side on to the wind, struggling to master the basic strokes.

It wasn’t a concern and we decided to practice numerous re-entry drills, something that she picked up very quickly indeed!. I took the opportunity to freshen up on my own recovery drills and well as practicing ‘rescuing’ her from the water onto my Big Game kayak. Whilst she was taking a break I jumped into the Hi Marine Mini Angler and took it for a spin. What can I say, it’s easy to paddle, very stable and being light it quite quick off the mark. The tracking is ok for a short kayak and as expected it’s width limits it’s top speed which is probably comparable to the Big Game. I found it easy to re-enter and it happily took both the weight of myself and daughter as we practiced some rescue drills.

This morning we hit the water again to continue my daughters basic training. The wind had eased and changed direction which made it far more suitable for paddling. Surprisingly she picked things up very quickly and was soon paddling happily in a straight line, turning as required. She soon tired, a combination of using new muscles and an early morning start, that said she’s well on her way. 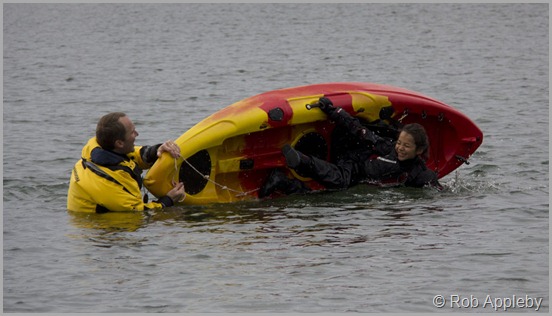 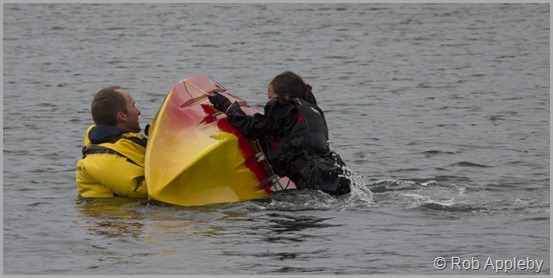 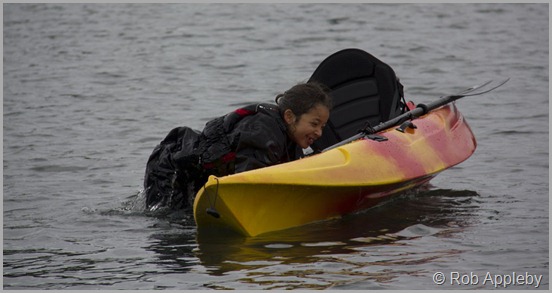 She struggled to right the upturned kayak in the more traditional manner so I opted to teach her to tie a rope to a grab handle, throw it over the hull, using to to climb aboard the hull and using her weight to flip the kayak. She’s getting there and managed a few successful recoveries. 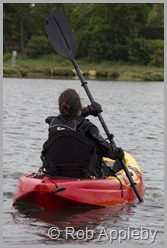 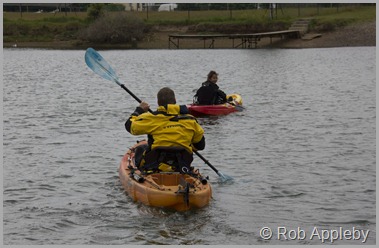 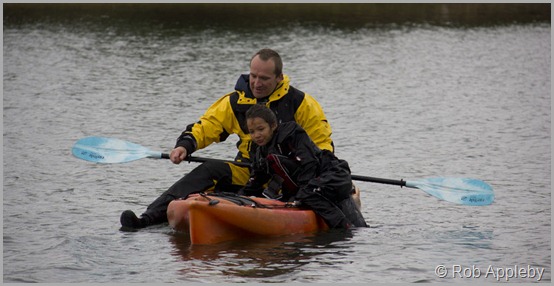 So there we have it, after only a couple of days on the water, perhaps four hours in total she’s well on her way to mastering her capsize drills and paddling. A few more training trips and she’ll be out on the ocean chasing some mackerel! 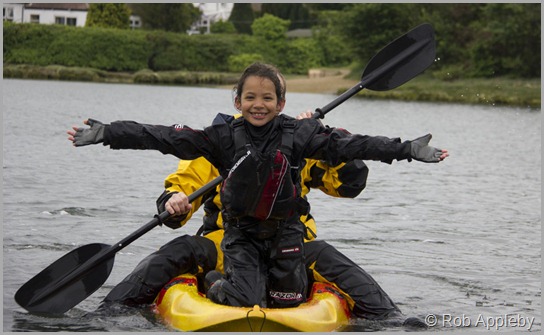 You Go Girl! That's so cool! I wish I had that opportunity as a child. Have fun and most of all be safe!

Well done - great to get them into it. Kind of dreading it when my son reaches that age... no more sneaking off from the family!

I'm so happy to see that you are teaching your daughter all of the right steps for being safe while kayaking, kayak fishing, etc. She'll have a great foundation for the rest of her life and these things will become instinct and serve her well in the event of any emergency. Great job!