It’s been several weeks since my daughter completed a few trips into sheltered water to master some basic safety drills and her paddling technique. There’s still a lot of work to do before I’m fully happy with her, though there’s not a week that goes by without her nagging as to when she’s actually going to go fishing!. I’d hoped to take her last weekend, however, the wind was far too strong, it even kept me off the water. The forecast for today was been looking favourable since mid-week, so yesterday I picked up some bait and organised the fishing gear.

Her Hi Marine Mini Angler kayak was totally unmodified, so I took a few moments to fit a paddle keeper, and at her request, a few transfers to make it look more ‘fishy’. I’ll fit an anchor trolley at some point in the future, though I envisage that she’ll be tied up alongside me for the next few trips at least.

Plan A was to fish the local Plaice grounds off Eastney, and after an early rise we arrived there at around 10am. We hopped out of the car into a fairly stiff breeze, what I was particularly unhappy with was the chop on the water. There was the odd white cap, the wind was uncomfortably cold, it was hardly ideal conditions to take a 9 year old afloat for her first fishing trip.  We were soon warming ourselves in the car, heading west in the hope of finding some sheltered water. The options were simple, find shelter or go home. There was disappointment written all over her face, though she was remarkably understanding.

Thirty minutes later we arrived at Stokes Bay where we were greeted by calm waters. The wind was more offshore at this location and it was perfectly fishable, still cold though. The temperature had registered at 3°C when we left at 9am, it was now 10:30am and the temperature hadn’t changed. With the kayaks off the trailer we were soon rigging and ready to launch. 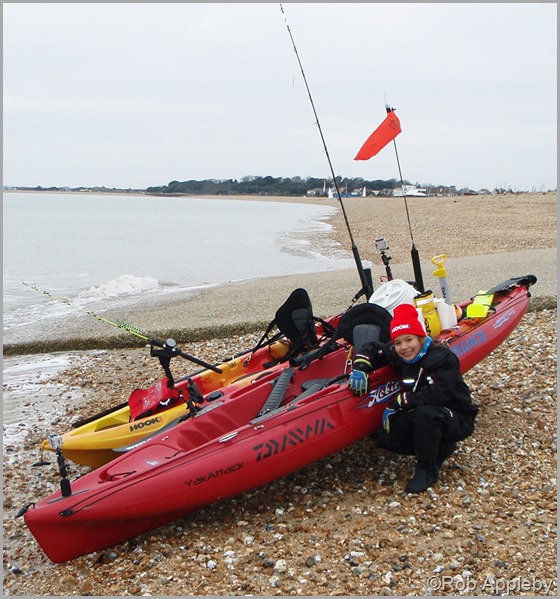 The mark was only about 600m or so offshore so the paddle there was quite short. My daughter was straight back into paddling despite a few weeks off the water, keeping up without any real issues. 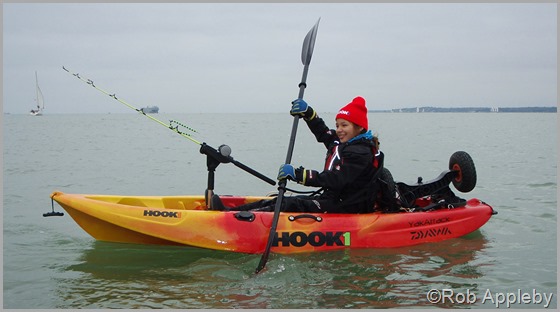 I dropped anchor and let out plenty of warp to ensure that two kayaks tied together wouldn’t cause the anchor to drag. Once I was anchored up she came alongside and I tied us together. The wake from passing ships initially caused the kayaks to knock together somewhat, however, putting a foot in between the nose of the kayaks pretty much eliminated that issue. 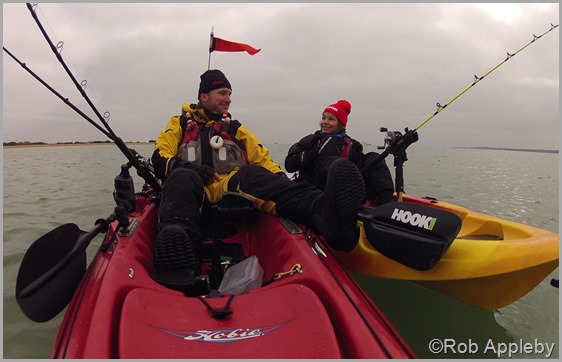 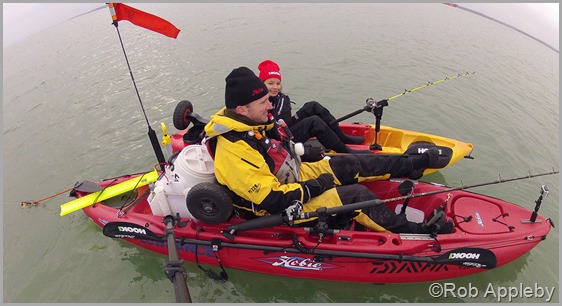 I baited up the hooks with ragworm, a wishbone rig on my daughter’s setup and a straight running ledger on my own. The baits were cast out twenty metres ahead of the kayaks and the waiting game began. The breeze came and went, at times the see was wonderfully calm, other times the wind blew across the water and it was particularly cold!, the wind chill would have been at freezing point. That said, the cold temperatures were doing nothing to dampens my daughter’s spirit, nor her ability to talk! 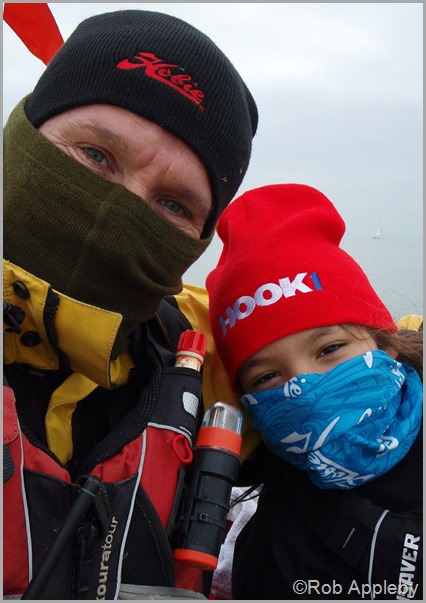 The fishing was sadly rather slow, when there were bites it was from small fish stripping the baits. The excitement of getting a bite was followed by frustration of having nothing to show for it, those feelings were probably shared by both of us!. There was a lot of watching of the rod tips… always hopeful. 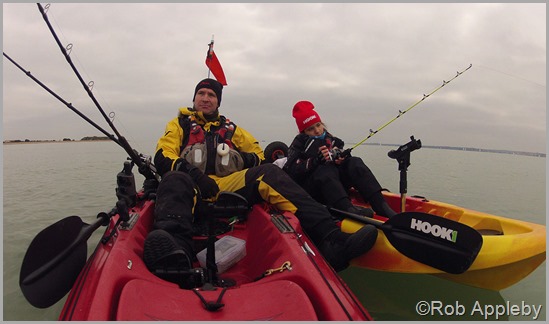 We were getting close to packing up when I hooked into a fish. I passed the rod over for my daughter to reel in. The look on her face was priceless, those three hours in the cold were finally going to provide her with her first fish. As the fish came within a metre or so of the surface it slipped and hook and the line went slack. Jubilation turned to severe sadness almost instantly which rapidly drifted into depression!. What do you do?, it’s fishing!!, though try explaining that to a kid on their first trip out.

We decided to call it a day shortly after that, and with the anchor pulled my daughter decided to ‘hitch a ride’ on the return trip. I have to say I expected having another kayak alongside would severely affect the performance of the Hobie Outback. How wrong I was, it normally cruise at 5mph, yet across the tide it was still pulling a steady 4mph with my daughter hanging on, great stuff! 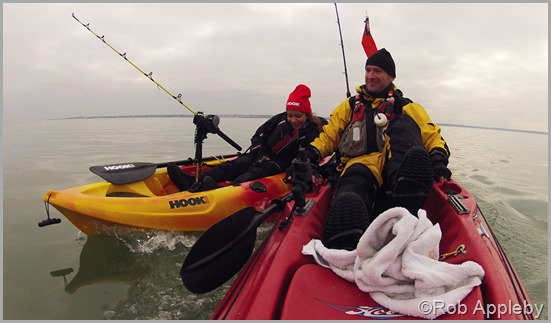 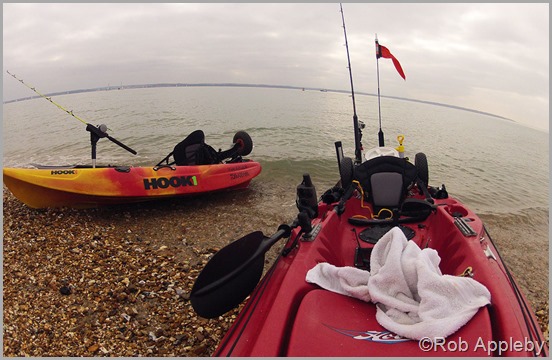 We were soon back ashore and my daughter took the liberty of sitting in the car with the heater of full blast whilst I de-rigged the kayaks. Despite the bitterly cold conditions it’d been a fun trip. Of course she was disappointed not to have caught a fish, though she enjoyed herself and is ultra keen to get out there again so I guess it wasn’t all bad!

This was a good suggestion that you put up here...dude…..hope that it benefits all the ones who land up here.