The first day had seen the European Hobie Team target Zander, on the second day this had changed to bass. I’d had a few hits to the lures on the first day and lost bass on the second day, what was the third and final day going to bring?. We decided to fish another Zander venue, was I going to finally hook into a Zander?

It was a short drive from the hotel to the launch site. Again it was brackish water, the location being a small harbour with a secluded slipway giving access to the fishing grounds. we’d been warned that the slipway owner was always eager to collect his fees, we weren’t to be disappointed!. As we parked a guy appeared from the bushes and introduced himself, with three Euros launch fees in his hand he disappeared as quickly as he’d appeared. 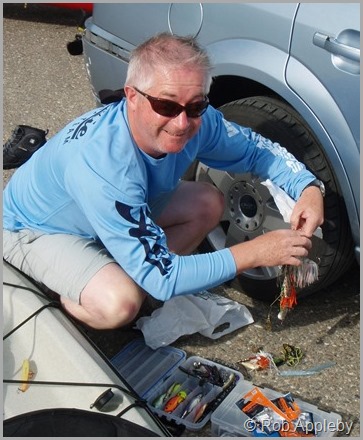 There was only six of us fishing, myself and David plus the French and German teams. We were soon rigged up and ready to go, again it was to be fishing with jig heads and other assorted lures. 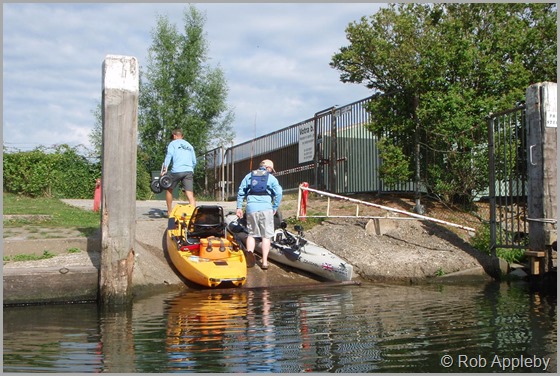 It was a short paddle through the harbour to the open water. There was a large barge moored up with sholas of baitfish jumping clear of the water as I peddled by. On the other side was a herd of cows knee deep in the water, not something that I get to see everyday! 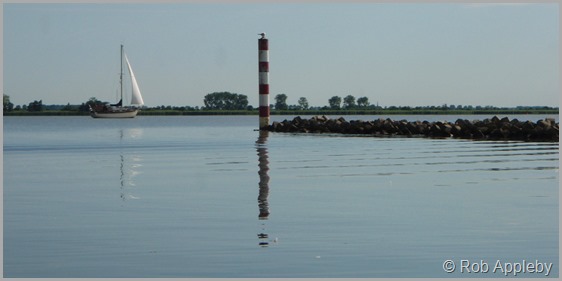 The advice we’d been given from Bram was to fish either left or right outside of the harbour entrance where the water shelved off from 4 metres to about 13 metres. I was soon working small shads and flukes from mid-water to the bottom. There was clearly evidence of fish being present on the fish finder, often swimming sharply from the bottom to within a metre of two of the surface. Despite the clear presence of fish I wasn’t having any luck whatsoever. 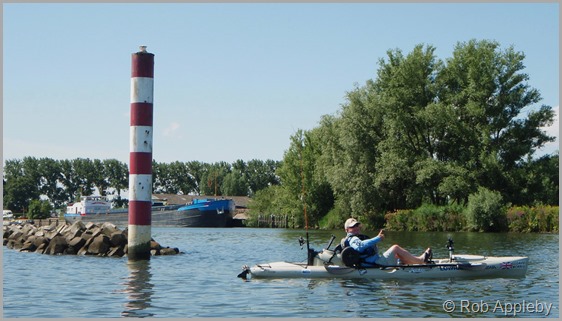 It was another exceptionally warm and bright day and I’m fairly sure that this had an adverse effect on the fishing. One of the French guys managed a small Zander towards the end of the session, yet again the French managed to pluck out a fish!. It was quite a short session as we needed to make tracks and head back to Calais in order to catch the ferry. 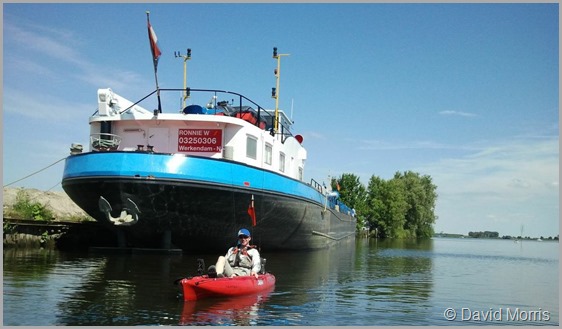 I cant recall ever having experienced such difficult fishing over a three day period, from a fishing standpoint it’d certainly been disappointing. That said, it’d been a good experience to try some new venues and methods. It’d been great to catch up with some Team mates that we’d last seen in Texas last year, whilst meeting some other anglers who I’d previously only chatted to via the PC. I’d like to fish the Netherlands again later this year when the temperatures have dropped and the Zander and Pike fishing is more productive.