I’d fitted the sail to the Hobie Outback quite some time ago, and as much as I’ve sailed the kayak on several occasions, I’d yet to combine it with fishing. To use the sail whilst fishing was always a big attraction to me, so the time to test out this combination had arrived. The wind this day was a steady offshore breeze of 5-15mph. That was pretty much ideal as it would permit me to sail up or down the coast with maximum efficiency from the sail.

I’d chosen to launch again from Porthoustock as it’s not just a relatively easy launch site, but it also provides access to multiple fishing marks. The Manacles are located just to the south, with various marks off Porthkerris and Porthallow to the north. 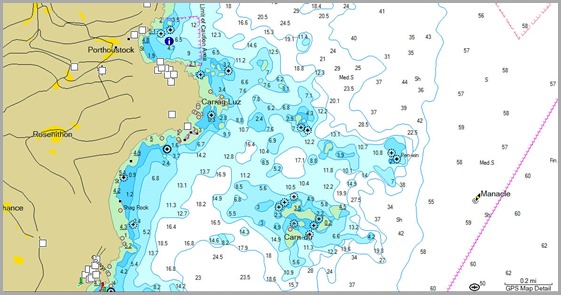 Rigging the kayak to sail is a simple case of fitting the sail, clipping on the rigging and fitting the Sidekicks. This adds about five minutes to the rigging process, the question was would it be worthwhile or too much hassle whilst trying to fish?

I peddled out of Porthoustock and turned north to fish a mark towards Porthallow. I’d bumped into a friend who was diving in the area and he’d mentioned that this particular mark was holding some good sized Pollack. This is what we kayak fisherman need, send in the divers to recce some marks before we actually fish them!.

Once I was out of the bay I unfurled the sail and began sailing north. Once clear of the land the light breeze was a little stiffer than expected and I was sailing along at a steady 4.5-5.5mph. 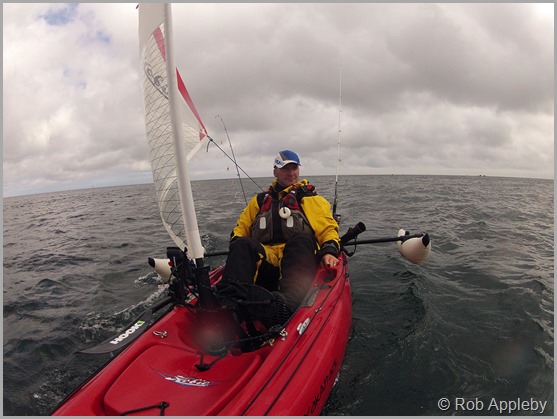 Within fifteen minutes I was coming up on the mark so the sail was furled away. It literally take 10-15 seconds to stow the sail and the control lines. The breeze had continued to pick up so I made note of my drift before positioning myself for the first drift of the day. Again, I was jigging, using a 4oz jig head and an eel tail. Halfway through the first drift the lure was hit hard and I claimed my first Pollack of the session. 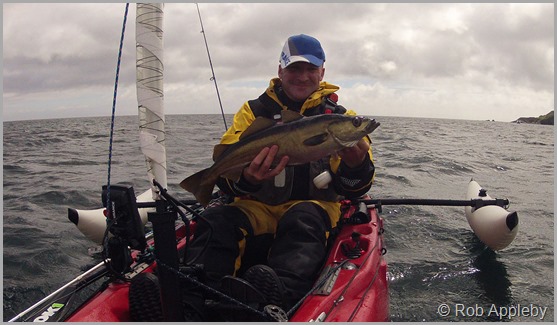 I was only getting 3-4 minutes drift time over what was a rather small mark, the fast drift wasn’t helping matters. That said, on the first four drifts I managed four nice sized Pollack, a fish a drift!. I continued to fish the mark until it eventually stopped producing hits, though it’d accounted for eight fish, all of a similar sort of size. I did hook into a good sized fish, though it was off within seconds, another frustrating moment. I really seem to be having difficulty in staying hooked up to the big fish. They’re either shaking the lure loose or I’m getting broken off. The latter it concerning me somewhat as the line has now broken twice on the mainline, not the weaker leader or the knots as you’d expect.

I didn’t even swear!

I sailed over to a couple more marks that looked as though they had some potential, though apart from a few plucks to the lure they weren’t producing any fish. There’s a Naval dive centre situated at Porthkerris and whilst sailing close by I was spotted by a friend and beckoned me over for a cup of tea… well, it’s be rude not to!. With the kayak tied off I enjoyed a hot brew and a stretch of my legs. 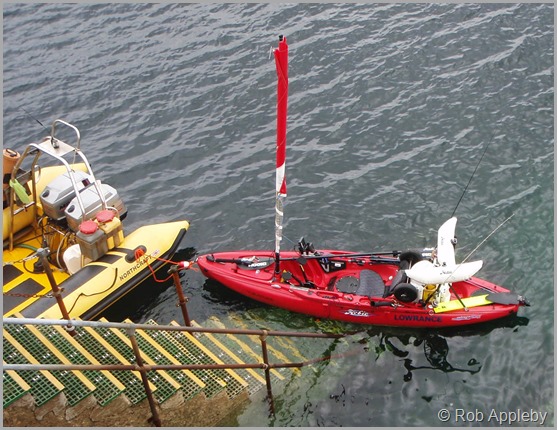 Once suitably refreshed I re-boarded the kayak and continued to sail south towards the Manacles. I enjoyed a couple of long drifts, though the action was rather slow. I did manage a couple of Pollack, though not the Bass that I’d been hoping for. Still, there’s no point in complaining when the scenery is stunning and the fish are biting!. It was rather choppy out there and it was important to keep a close eye for dangerous rocks throughout the drifts.

I decided to get out of the chop and move closer inshore, more for a spot of sightseeing to be honest. It really is a pretty area and I do enjoy nosing around the inlets and jagged rocks that are along this part of the coastline. 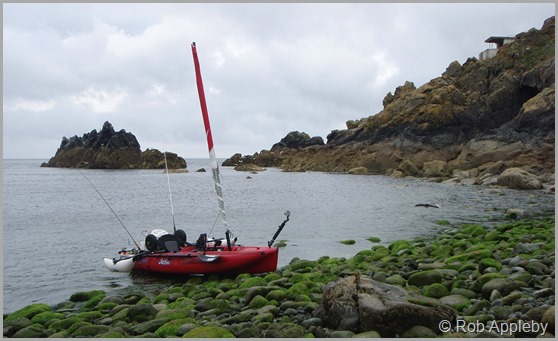 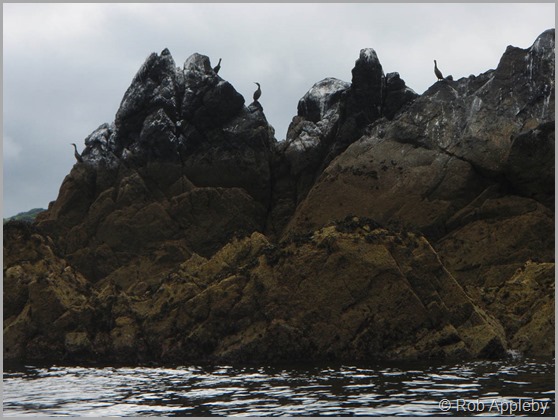 After a spot of feathering which only produced small Pollack, I decided to sail back up to Porthoustock and call it a day. I managed about a dozen nice sized Pollack whilst losing a couple of much bigger fish. I really want to bag myself a double figure Pollack, so I intend to persevere in the hope of achieving that goal.

So what my thought about combining sailing the Outback with fishing?. I’m totally sold on it, it really does transform the fishing experience. I clocked up just under ten miles during the session and 60-70% of that was under sail, maybe more. With a suitable wind I actually found myself not wanting to even peddle. Why bother when I can be under sail within ten seconds!. The Sidekicks and sail don’t get in the way at all, and it’s easy to control and re-direct your drift as required using the Mirage Drive. 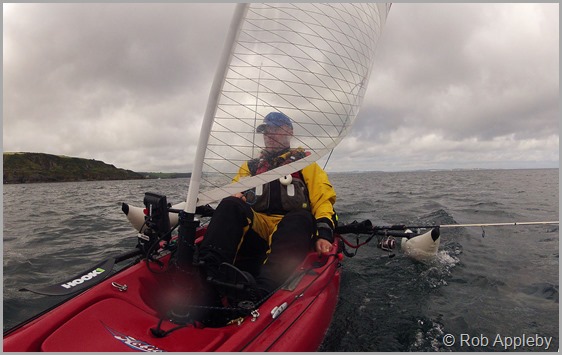 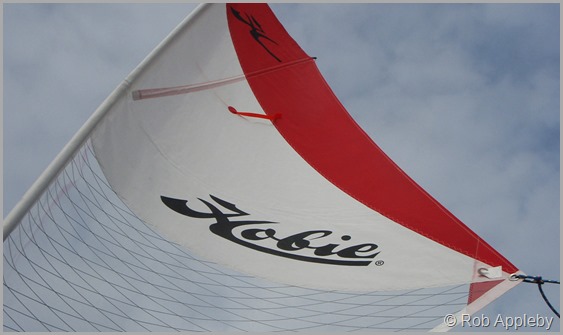 The plan for tomorrow is to fish another venue in the hope of a large Bass or Pollack, surely it’s only a matter of time!