Out for a peddle

I’d been considering having a crack at some Plaice this weekend, though Saturday came and went and I’d not managed to get afloat. Mid-morning on Sunday I decided a spot of fishing was in order, however, whilst packing the car my daughter appeared and asked if she could join me. No problem I thought, though she added that she wanted to go for a paddle somewhere new and wasn’t too bothered about fishing. Oh well, I’m trying to encourage her to get afloat whenever I can, so a paddle it was going to be.

The wind was due to pick up early in the afternoon so I decided to take her to the north side of Portsmouth Harbour where we could paddle about and look at the various Naval ships awaiting disposal. Go for a paddle turned out to be a good choice as her paddling technique was rather rusty. I was a little breezy, though it proved to be an enjoyable couple of hours afloat. 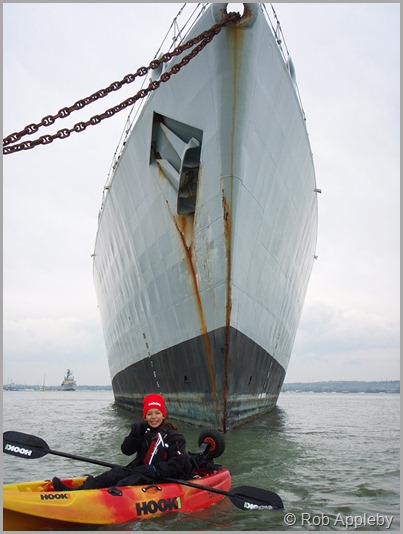 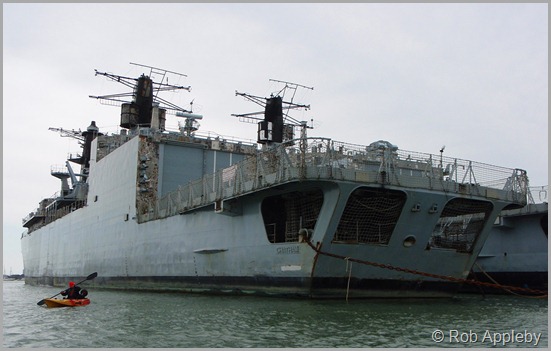 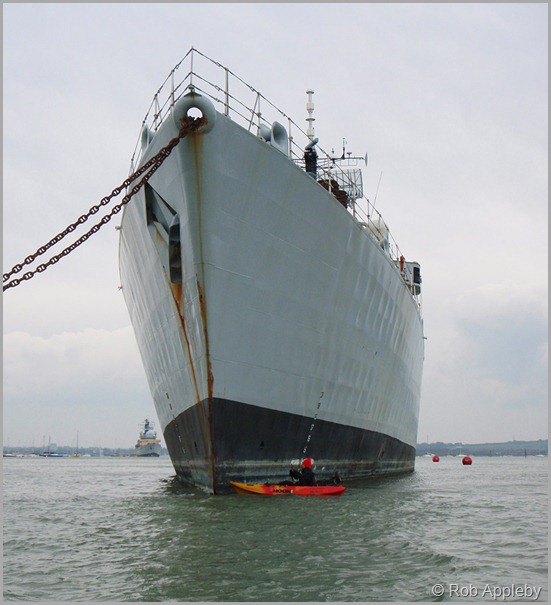 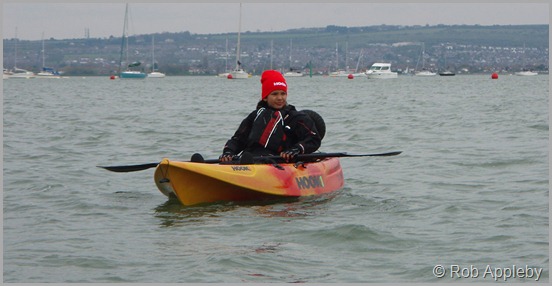 The mackerel season is fast approaching and I’m keen to get her amongst a few shoals, if that doesn’t ignite a passion for angling nothing will!